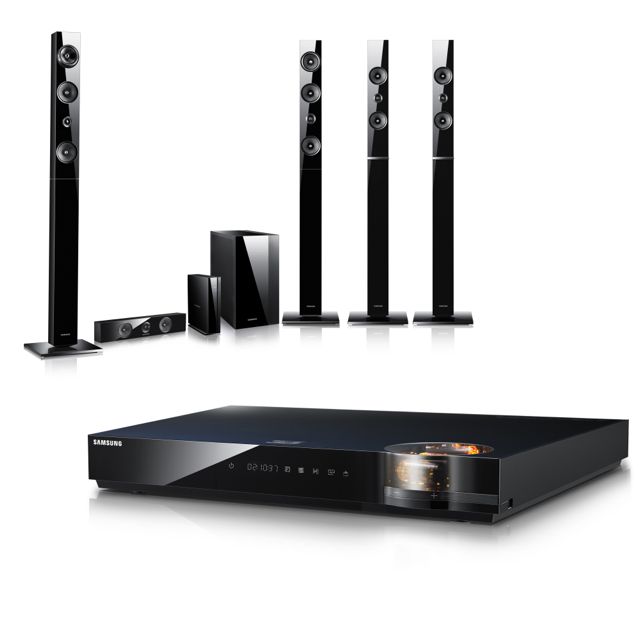 Samsung has gone back to the future with its latest surround sound home entertainment by combining vacuum tubes with the latest digital technology.

The HT-E6750W, an award-winning product at this year’s Consumer Electronics Show, is a 7.1 channel Blu-ray 3D home theatre system.

Priced at $1,199, the system offers high quality as well as high value.

It is a perfect solution for those who want three things – stunning sound quality, an easy-to-put together out-of-the-box solution and excellent value.

Tech Guide spent some time getting to know the system and found the 1,330-watt HT-E6750W certainly punched well above its weight.

The decision by Samsung to go with the vacuum tubes, or valves as they are also called, was to add some warmth to the digital crispness of the sound. And they succeeded.

Years ago valve amplifiers were an audiophile necessity and offered true to life sound quality. In a similar to the way vinyl was the preferred medium for music, the valve-powered amps offered audio range and realism.

But when solid sate transistors came along they not only vastly reduced the cost of audio products they also clipped a lot of the quality as well.

Valves made a comeback in recent years in high-end receivers but Samsung decided it was time to re-introduce them to consumers.

The tower speakers are tall, sleek and thin but offer up more sound than you’d think such a slender device could produce.

The front left and right gloss black speakers are not tiny but far less imposing than other larger floor standing speakers which make up powerful home theatre systems.

The front speakers also have swivel speakers that project the sound upwards to cascade on to the viewers positioned inside the circle of speakers.

At the back of the room the rear speakers are sitting atop a narrow pedestal to precisely direct the sound.

These rear speakers connect wirelessly to the receiver via a small transmitter that also sits at the back of the room.

The centre speaker and subwoofer continue the understated design theme of the HT-E6750W and combine like well-tuned instruments in an orchestra to the rest of the speakers and complete a satisfying surround sound experience.

The central unit is a receiver and 3D Blu-ray Disc player all in one and has cleverly turned the valves into a feature that give off a subtle glow when in use.

The Samsung HT-E6750-W comes in quite a large box but that shouldn’t intimidate users because the whole system is surprisingly simply to set-up.

From opening the box for the first time it took just 20 minutes before we were watching Avatar on Blu-ray Disc through the Samsung surround sound system.

Each part of the system is clearly labelled and colour-coded and if you can tell left from right putting the speakers in the right position is a breeze.

Even the cables have colour plugs so users know exactly where they need to be connected on the clearly labelled back panel of the receiver.

A small wi-fi adaptor dongle slips into the back of the receiver so it connects with the wireless transmitter and rear speakers.

It’s also possible to connect the system to your network either with an Ethernet cable or wirelessly to empower the system’s smart hub to access BD Live features and other content.

But one of the most impressive features of the system is the remote management system which users can engage if they run into trouble.

This connects the user to a technical support advisor who can remotely log into the system and assess the situation.

Samsung says 96 per cent of returned products of this type turn out to have nothing wrong with them. The customer simply couldn’t quite work out how to get it to work.

Now the tech support team can see what is and isn’t connected on your system via the device’s internet connection and quickly sort out any problems.

There wasn’t much we didn’t like on the Samsung HT-E6750W surround sound system.

It would have been nice to have a powered subwoofer to add some more punch and authority to the low frequency bass output.

The subwoofer connects to the receiver with a speaker cable and still pulls its weight with decent output but could have been stronger and louder with its own power supply.

The remote, and in particular the direction keys, were a little spongy and needed a second or third press to respond when we were navigating the onscreen menu and entering our network password during set up.

But these are minor areas which can be improved in the grand scheme of things.

The sound of this system would make even audiophiles sit up and take notice.

The audio quality would put the Samsung system in the same league as home theatre systems that are three and four times the price.

We watched Avatar, Puss in Boots and Rise of the Planet of the Apes and noticed all the subtle detail from the surround speakers and the directional play of the audio which moved with the action on screen.

The swivel speakers do a great job in creating a 3D feel with the sound appearing to flowing down to our level in our viewing position.

The impressive output didn’t suffer distortion when we cranked the volume and could equally deliver everything from shard of glass tinkling behind us to a freight train hammering through the middle of our lounge room.

The Samsung HT-E6750W is one of the best value high quality home theatre solutions money can buy.

If you want high-end sound without having to empty your bank account to achieve it, then the Samsung HT-E6750W should be at the top of your shopping list.

It will be available in store at the end of April.