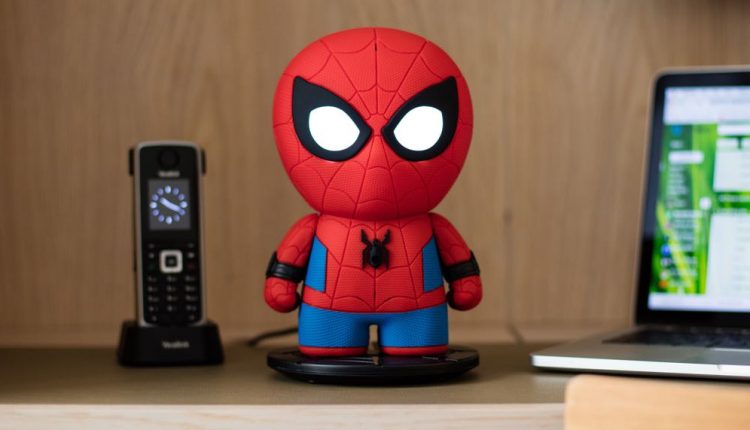 They’ve created BB8 and the Ultimate Lightning McQueen and now Sphero is back with a high-tech toy – an interactive app-enabled Spider-Man that can get to know you like a real friend.

Spider-Man stands 21.5cm tall and has a premium silicon finish. Under the surface there is plenty of technology that makes it one of the most advanced toys ever produced.

Spider-Man connects to the app on your phone using Bluetooth and opens up many fun options and hours of entertainment.

As you will quickly discover, Spider-Man is a wisecracking teenager with web slinging superpowers.

He has expressive LCD eyes and speaks clearly through a high-fidelity speaker. But there is also a microphone so no not only can he talk but he can listen as well. 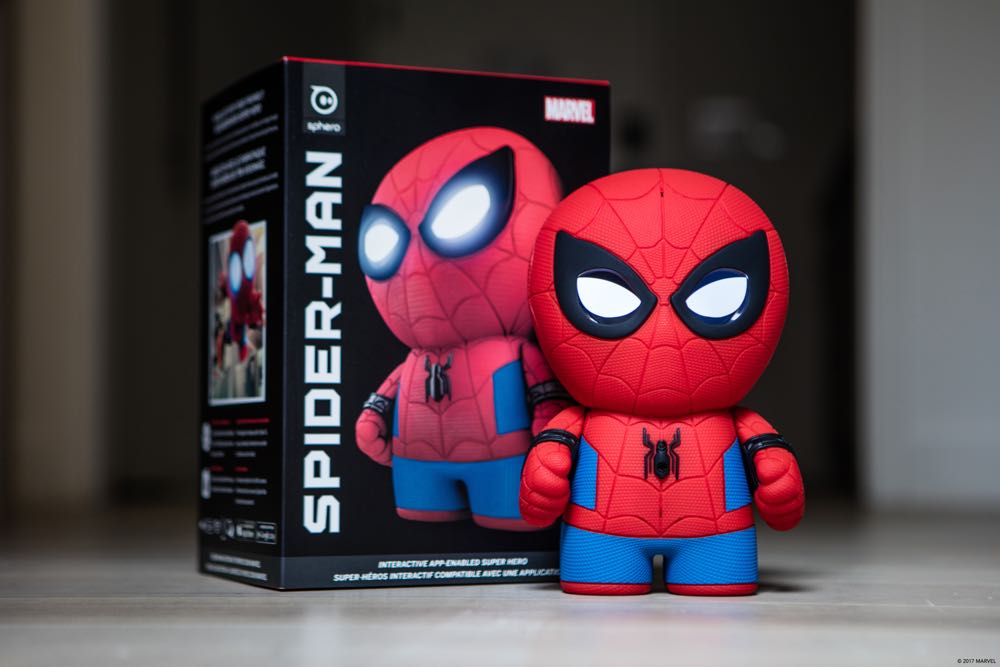 In fact, Spider-Man has built-in intelligence to learn from your conversations and gets to know who you are.

You can talk to Spider-Man and listen to him come up with smart comebacks. Users can even ask him to tell them a joke – but be warned, is got quite the sense of humour. 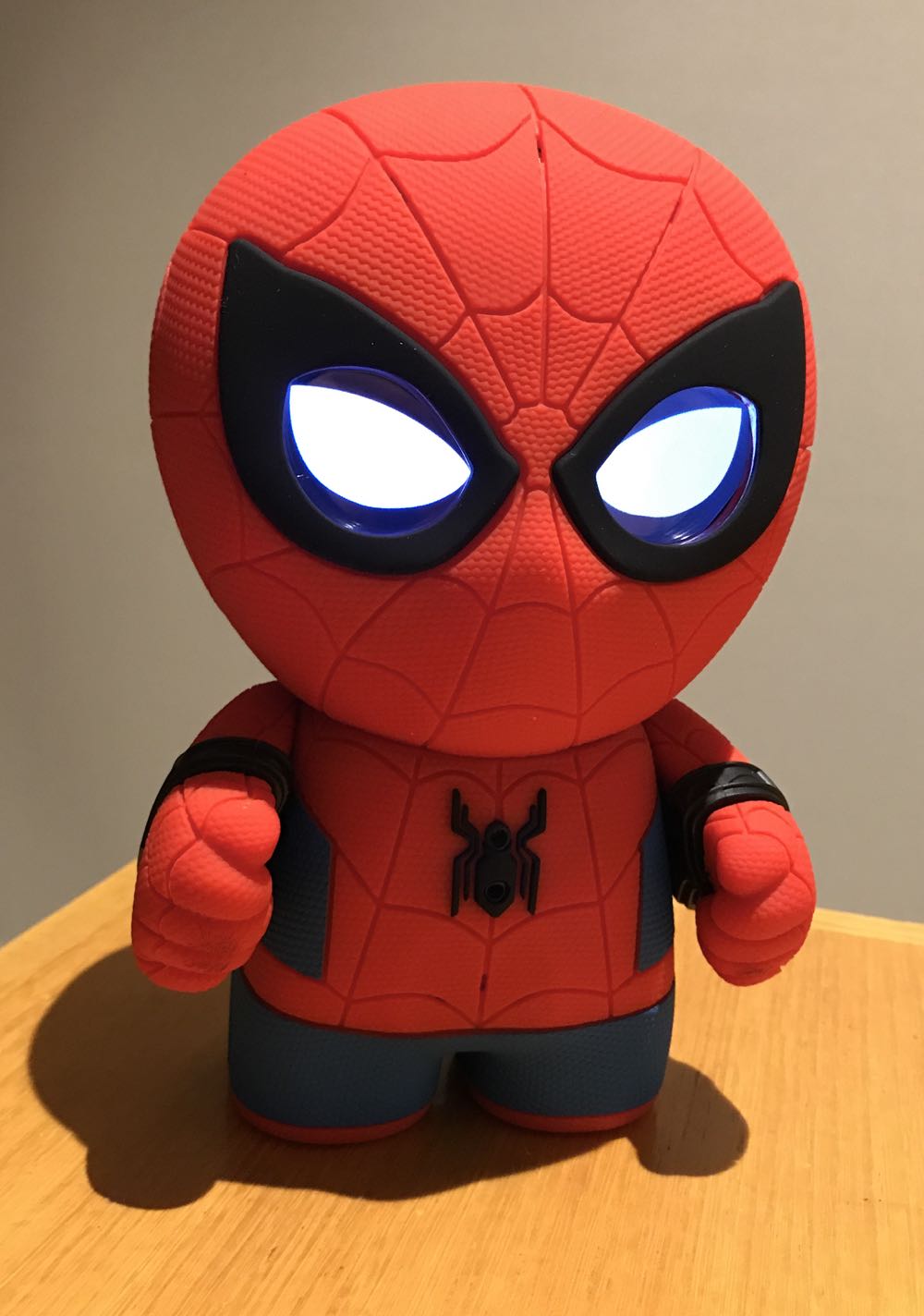 Players can also team up with Spider-Man and go on missions battling villains and, like a choose your own adventure story, every decision affects the outcome.

When you set up Spider-Man using the app, you are asked to create your own super hero identity as well as your special superpower.

Spider-Man will then refer to you with this name and even make jokes about it. 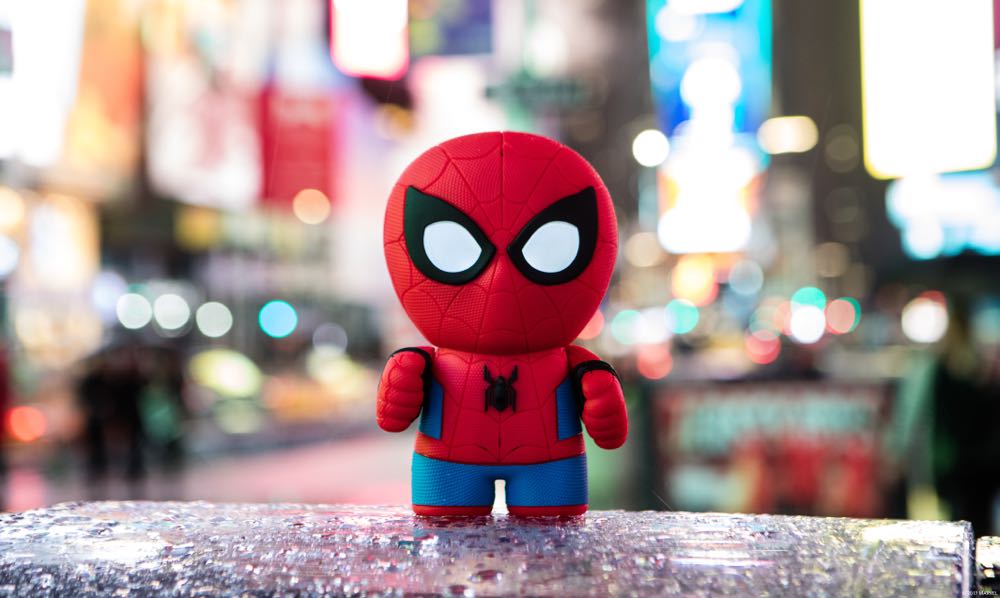 There are plenty of ways you can interact with Spider-Man.

You can walk right up to him and asked him to tell you a joke or say things like “make me laugh”, “tell me a story”, “let’s go on patrol”, “let’s do something fun”. 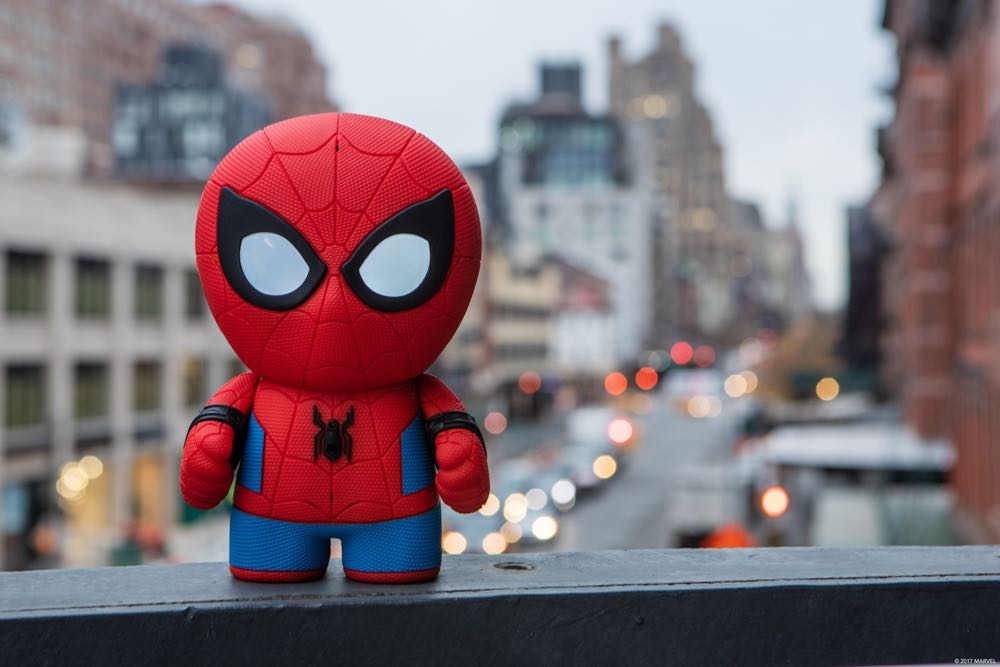 And if activities are more your speed, Spider-Man can accommodate you there as well. 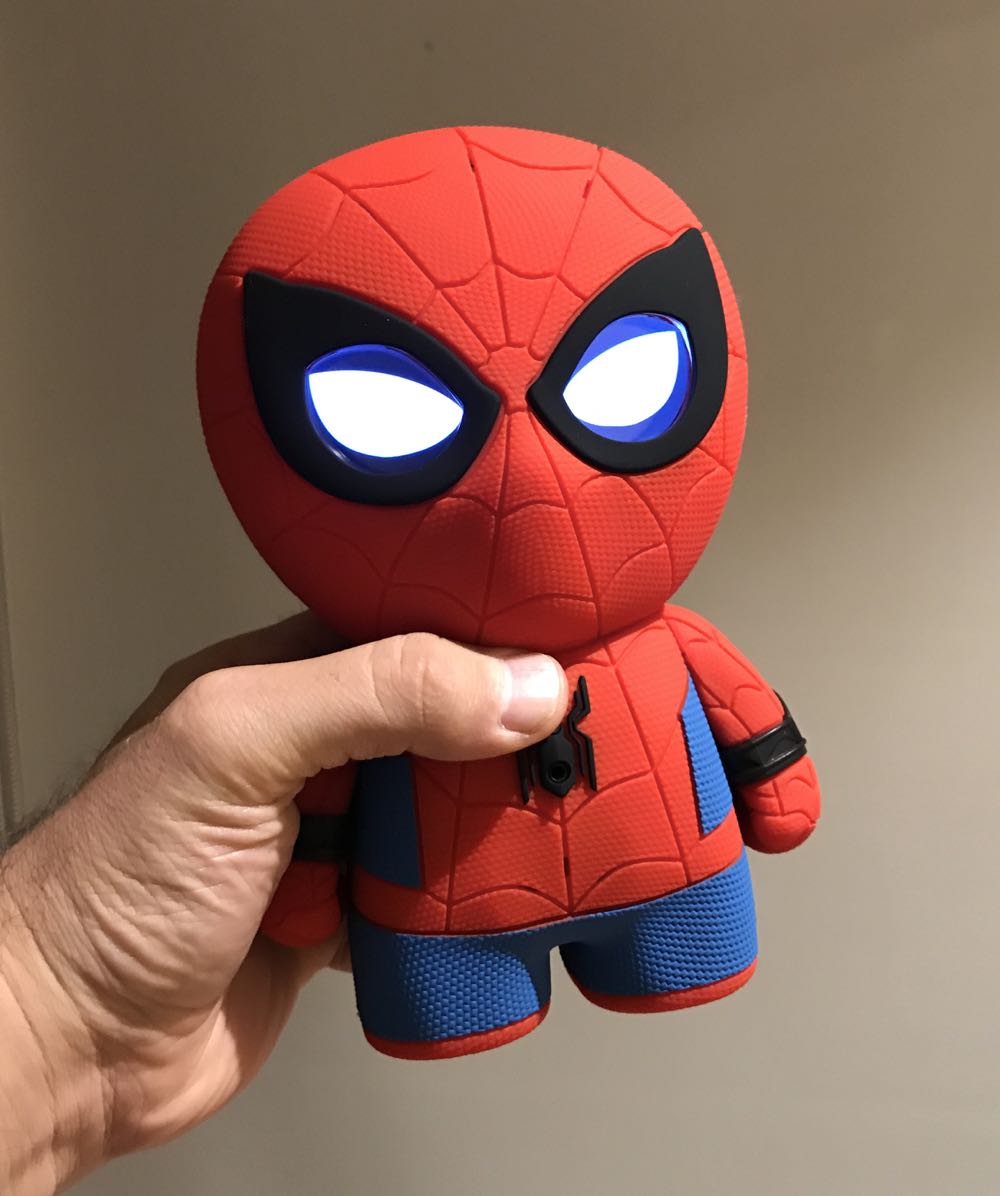 Spider-Man also has a 3D accelerometer on board so he’ll knows when he’s moving.

The content is immersive, expressive and filled with sound effects and will keep you engaged.

And because Spider-Man is always connected you will always get content updates so you’ll be regularly hearing new stories and going on new missions as well. 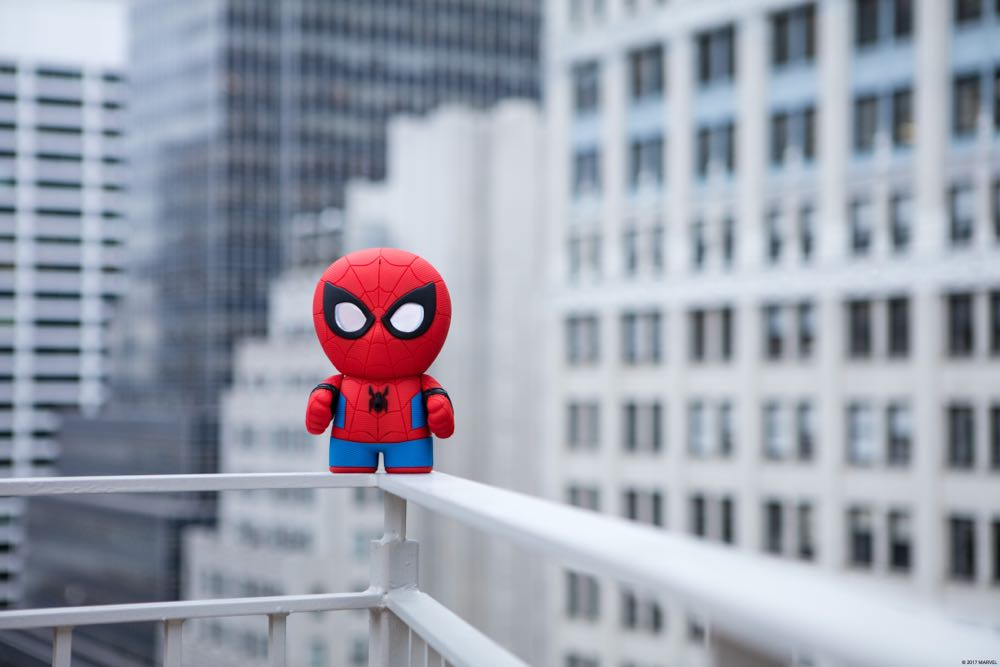 Spider-Man can also be set in guard mode and tell you everything that’s going on and if anyone came into your room.
It can also double up as an alarm as well.

Spider-Man is not only an interactive toy but it can be your friend and hero as well. 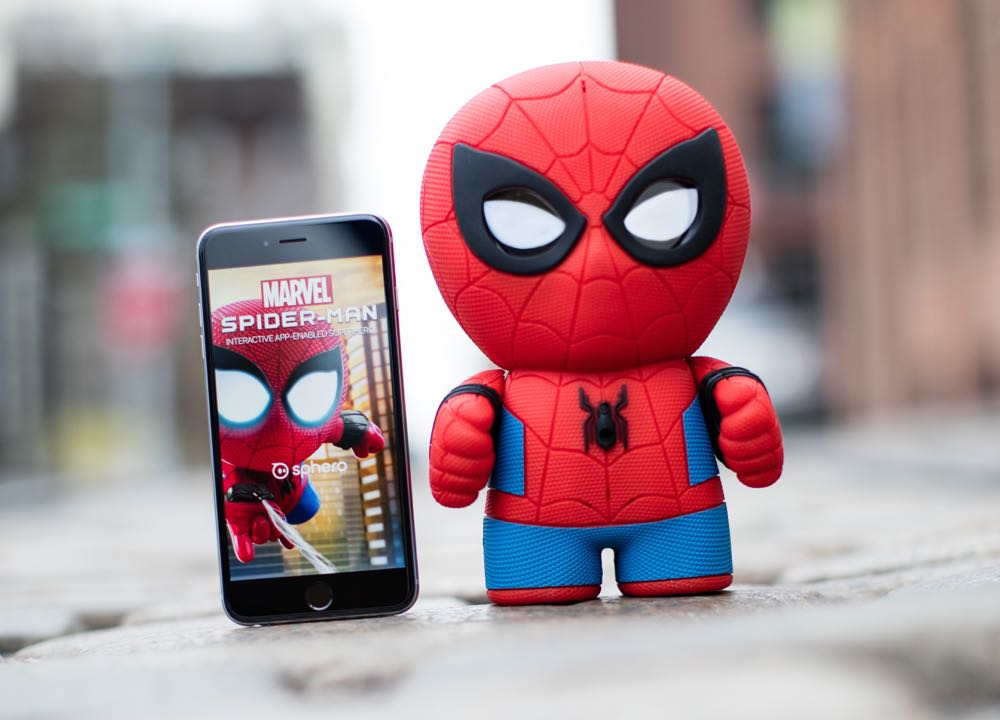 Spider-Man the interactive app-enabled hero is available from Apple stores, EB Games, Zing stores, Tech2go and News Link and is priced at $249.99.