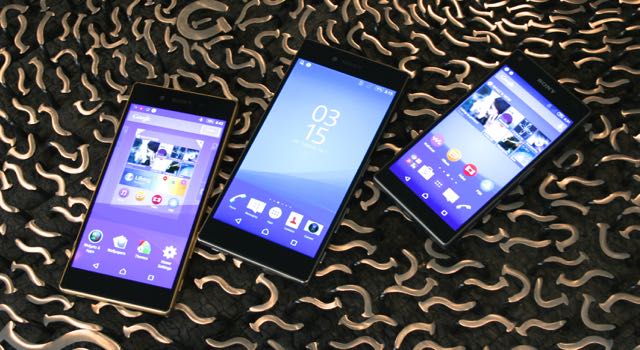 Sony has expanded its popular Xperia range of smartphones with three new devices and unveiled them at the IFA tech show in Berlin with all of them boasting features that raise the bar in terms of design, features and performance.

They are all powered by an octa-core Qualcomm Snapdragon 810 processor and are all running the latest Android 5.1 operating system with 32GB of internal memory plus expandable memory through a microSD card slot.

And in terms of display quality – the 5.5-inch Xperia Z5 Premium is head and shoulders above the rest.

It is the world’s first smartphone to feature a 4K screen and incorporates Sony’s Triluminous and X Reality Pro technology for stunning clarity and colour.

And it’s not just video that looks amazing. When reading text, fonts look sharp and clear.

When you consider how often we look at our smartphone screens – literally hundreds  of times per day – Sony believes it makes sense to have a screen of this quality.

4K has been adopted three times faster than full HD with 4K TV sales now making up 16 per cent of the market.

Design-wise the devices have aluminium frames with branding engraved on the glass on the front and the back.

The Z5 Compact and Z5 have frosted glass rear panels while the Z5 Premium has a mirror-like glossy finish.

But all three devices have a lot of features in common including a 23-megapixel camera which integrated elements from Sony’s family of Alpha DSLR cameras.

One gripe with users is the time a smartphone takes to focus and shutter lag.

Sony has well and truly addressed these issues with the new Xperia Z5 handsets with the world’s fastest auto focus at just 0.03 seconds.

It does this with hybrid auto focus technology that uses both face and contrast detection.

Face detection is applied in 192 points across the frame with a brand new onboard image sensor that also processes the image as well rather than being handled by the external processor.

Other smartphones rely on contrast detection which needs to make a miscalculation first to decide the ideal focal length whereas face detection gets it right instantly.

The result is never missing a moment with the Xperia Z5 smartphones.

Picture quality is also improved with the 23-megapixal camera which also has an improved 5x digital zoom without losing quality.

Low light photography, another weakness of smartphones, has also been addressed with these new Xperia Z5 devices. 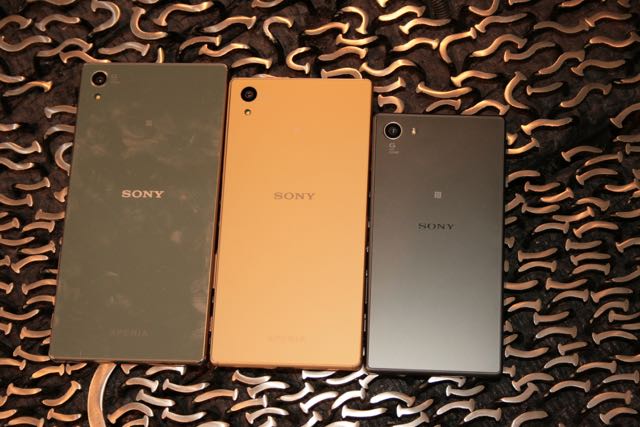 The camera is capable of ISO 12800 – the highest rating on a smartphone – and the most sensitive in low light.

In terms of OIS (Optical Image Stabilisation) the Xperia Z5 smartphones are also raising the bar with 91 stabilisation points to guarantee sharp pictures and even smoother videos.

The next best smartphone OIS have 61 points.

Users can also shoot video in 4K and also pull out still images that are rendered at 8-megapixel resolution.

Another feature all three Sony Xperia devices have in common is the two-day battery life.

The Xperia Z5 compact, Z5 and Z5 premium have 2700mAh, 2900mAh and 3430mAh batteries respectively and all use a unique memory caching technology in the screen.

One thing that burns the battery more than anything else is powering the large display.

But what the Sony Xperia Z5 devices do is cache the information displayed in the screen and and only refresh the parts that move or change rather than constantly refreshing the whole display hundreds of times per second.

The result is a lot less strain on the battery.

On the audio side the Xperia Z5 smartphones support hi-res audio and the Z5 Premium also ships with digital noise-cancelling headphones.

Each device also has a built-in fingerprint reader incorporated into the power/unlock on the side so the device can be unlocked with one gesture.

The Sony Xperia Z5 will also come in four colours – graphite black, white, gold and green while the Z5 Premium will be available in shiny black, gold and chrome.

They Xperia Z5 Compact and Xperia Z5 will be released in Australian in October with the Xperia Z5 Premium due in November.