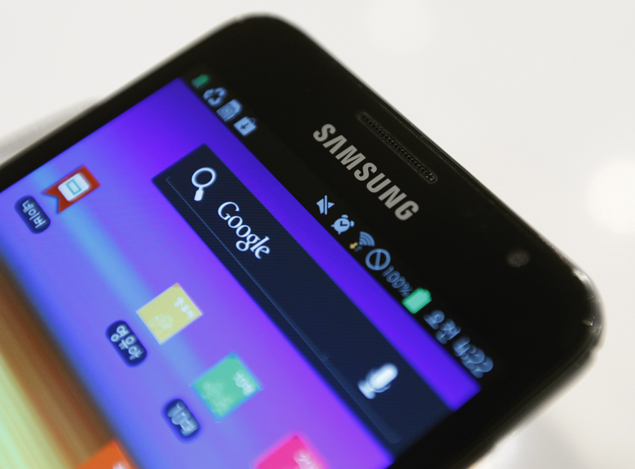 The highly-anticipated Samsung Galaxy S IV – due to be unveiled next – will allow users to scroll content with their eyes, according to the New York Times.

With the official unveiling set for March 14 in New York, the Galaxy S IV will include a feature called “eye scroll”.

This can track a user’s eye and automatically scroll on-screen pages of a website, document or e-book when you reach the bottom of the screen without having to touch the display.

According to a report in the New York Times which claims to have spoken to a Samsung employee who has used the new smartphone, Samsung has already trademarked names Eye Scroll and Eye Pause.

The current Samsung Galaxy S III already features eye-tracking technology called Smart Stay which knows when a user’s eye is focused on the screen to prevent the device from going to sleep.

The Galaxy S IV has been the subject of much speculation with the main rumours pointing to a 5-inch screen, 2GB of RAM, an eight-core processor and separate eight-core graphics processor along with a 13-megapixel camera and 2-megapixel front camera and all powered by the Android 4.2.2 Jelly Bean operating system.

Coffitivity provides sounds of a coffee shop to boost creativity