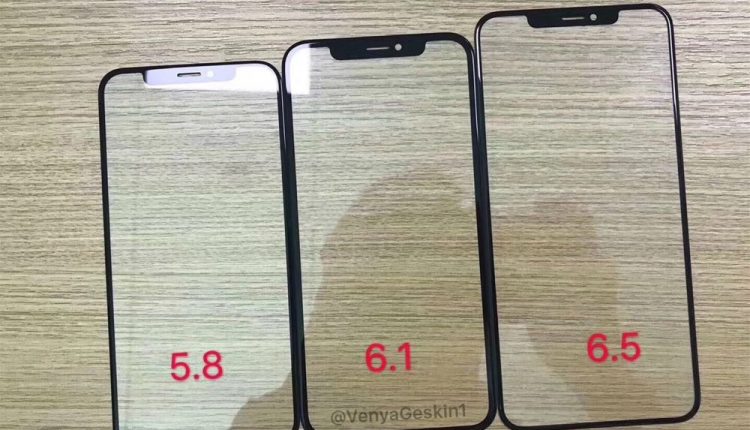 Are these the new Apple iPhone X sizes we’ll see later this year?

The image was posted to Twitter by serial leaker Ben Geskin and shows three front glass panels which will reportedly be used with the new iPhones.

The speculation thus far has been Apple offering an entry-level iPhone X at the current size – which will supposedly be called just iPhone and adding iPhone X Gen 2 (6.1-inch) and the iPhone X Plus (6.5-inch).

Geskin also tweeted a second image showing the panels with background wallpapers to provide a better idea of the size comparisons.

In the images, the 6.1-inch panel has slightly sicker bezels because it will be an LCD display whereas the 5.8-inch and 6.5-inch screens are expected to be OLED.

The feature they all have in common is the notch which was introduced with the iPhone X last year which is needed to make room for the front camera and TrueDepth sensors that are used to power Face ID.

There are also strong rumours about an updated Apple Watch design which will look similar to the existing model but with thinner bezels to fit in a larger screen.

Also expected from Apple later this year are new AirPods and the multi-device charging mat which was revealed at the iPhone launch event in September last year.