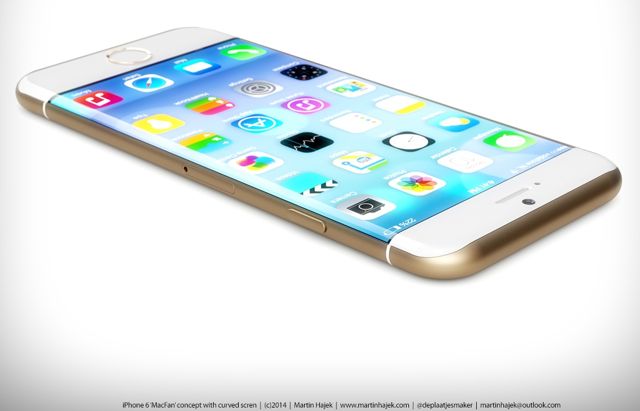 The first rendering of Apple’s iPhone 6 based on rumoured designs have been revealed and features a larger screen that curves around the edge of the device.

French site nowhereelse.fr has visualised what it thinks the iPhone 6 will look like with images created from what the site calls “reliable sources of information”.

Apple has typically stuck with an iPhone design for two years – it did this with the iPhone 3G and 3GS, the iPhone 4 and 4S and the iPhone 5 and 5S.

There seems to be a lot of information flying around aimed at helping case manufacturers create their cases ahead of the iPhone 6 launch expected around September.

But the most striking thing about the renderings is the curved shape of the device with the screen actually curving at the left and right edges.

There appear to be no straight lines on the product which is a major design shift from the current iPhone 5S.

One consistent rumour, apart from the larger screen size, is that the power button had been relocated to the right side of the iPhone from the top.

In these images the volume buttons are now thinner and rectangular.

Apple is rumoured to be launching two version of the iPhone 6 – one with a 4.7-inch screen and another with a 5.5-inch display.

But if rumours are to be believed, the 5.5-inch model has been delayed due to issues with the device’s battery life and display.

The iPhone 6 is also said to include a new faster A8 processor and an improved camera.