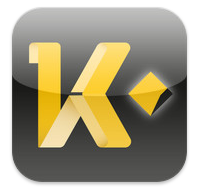 Commonwealth Bank has expanded its mobile banking presence with the release of its Kaching app for the increasingly popular Android operating system.

The bank has also introduced new Bump payments for iPhone users and will even offer its Kaching banking app for Facebook in the coming months.

The Kaching pay anyone, anywhere, anytime app has been downloaded more than 365,000 times and moved more than $1b in transfers since launch.

Kaching is one of the most popular free banking apps on Apple’s App Store after the bank’s CommBank app.

Now CommBank Kaching will be available across 13 Android devices including the new Samsung Galaxy S III.

It will provide the same functionality as the iPhone app including the ability to access your everyday accounts, organise peer to peer payments via text message, email and Facebook.

The iPhone Kaching app has also been upgraded to include Bump – a way to pay other people simply by bumping their iPhones together.

After bumping iPhones together the payment is made instantly and can be useful for situations like splitting the bill at dinner or paying someone back if you don’t have any cash in your pocket.

Bump will be available for iPhone users running iOS 4.2 and above.

In another first for CommBank is its desktop browser app for Facebook which will bring all of the functionality of Kaching to the popular social networking site.

Users can view their balances and make and receive peer-to-peer payments to their Facebook friends within their browser as well as making BPAY payments and third party transfers.

Security is of the highest priority for Commonwealth Bank no matter what platform its customers are using and, with that in mind, has offered a 100 per cent security guarantee.

This means CommBank will cover any losses should someone make an unauthorised transaction.

Listen in to the Two Blokes Talking Tech – episode 71

How to save your computer from Internet Doomsday