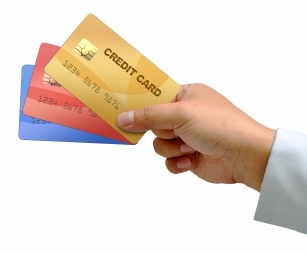 CommBank has launched a new app feature to allow customers to temporarily lock their credit card if they can’t find it and then reactivate if and when they do.

Around 11.5 million credit cards are reported lost or stolen annually in Australia alone.

But of all of these cards, 61 per cent have just been simply misplaced

That means seven million credit cards had to be cancelled for no reason.

Now the new feature on the popular CommBank and Netbank apps means a customer can simply use their device to put a lock on their credit card if they can’t find it.

And if it turns up again it is just as easy to unlock it again and continue to use it right away.

But if a card is permanently lost the CommBank makes it easy for customers to go ahead and cancel that card and order a new one within the app as well.

Anyone who’s ever had to cancel a credit card knows how inconvenient and time consuming it could be.

It results in Australians wasting 4.6m hours per year updating their details and organising the replacement card.

“We know security is of the utmost importance to our credit card customers, but we also know that our customers not only want, but have come to expect, increasingly convenient ways to manage and control their money,” says Angus Sullivan, CommBank executive general manager, cards, payments, analytics and retail strategy.

“The new temporary lock feature we launched today gives our customers extra peace of mind over their credit card security by empowering them to lock a misplaced credit card while they look for it, with the convenience of being able to unlock their card again when it turns up.

“No other Australian bank can offer customers this level of on-the-go convenience and control.”

Credit cards have been misplaced in a variety of places including home or work (61 per cent), shops or malls (49 per cent) bars and restaurants (37 per cent).

The new temporary lock feature is part of the CommBank app available now from the Google Play Store for Android users and from the App Store for iPhone users.

If you have already downloaded the app, the new temporary lock feature will be available with a simple update.