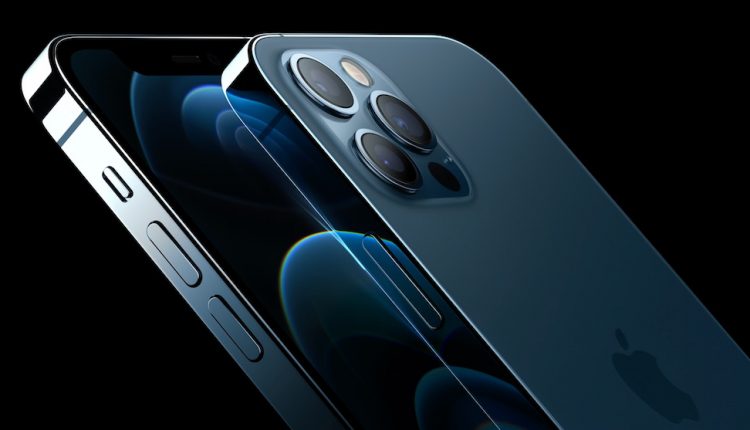 After delays and production challenges, Apple has finally unveiled its latest iPhone – and it’s the biggest and fastest the company has ever produced. Not only does the iPhone 12 have a fresh new design with a larger display but it will also run on the ever-expanding 5G networks.

There are four new devices in the iPhone 12 line-up – and they are all 5G compatible. 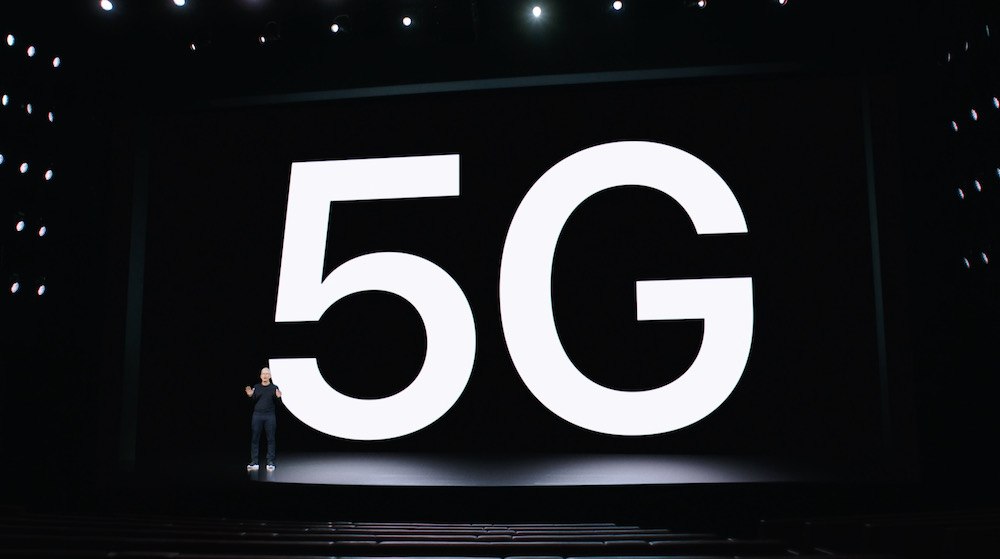 The iPhone 12 Mini has a 5.4-inch display and has the same features across the board as iPhone 12 – just smaller.

iPhone 12 and iPhone 12 Mini will be available in blue, green, black, white and PRODUCT(RED).

The iPhone 12 Pro has a 6.1-inch display and four new finishes – including graphite, silver, gold and pacific blue with a Super Retina XDR display .

Apple waited longer than every other major smartphone brand to offer 5G with the iPhone.

It took a “wait and see” approach to 5G and the company has now decided to gall all-in with the faster cellular network.

It offers iPhone customers even faster access to their content whether they are streaming music or video or playing online games on the move.

The iPhone 12 has a distinct new look with more defined flatter edges that hark back to the look of the iPhone 4 which was unveiled in 2010 and the latest iPad Pro.

The display includes a new Ceramic Shield which makes the glass even more resistant to scratches and drops. It is tougher than any smartphone glass.

All of the new iPhones have an IP68 rating so it can withstand water immersion to a depth of up to 6m for 30 minutes. 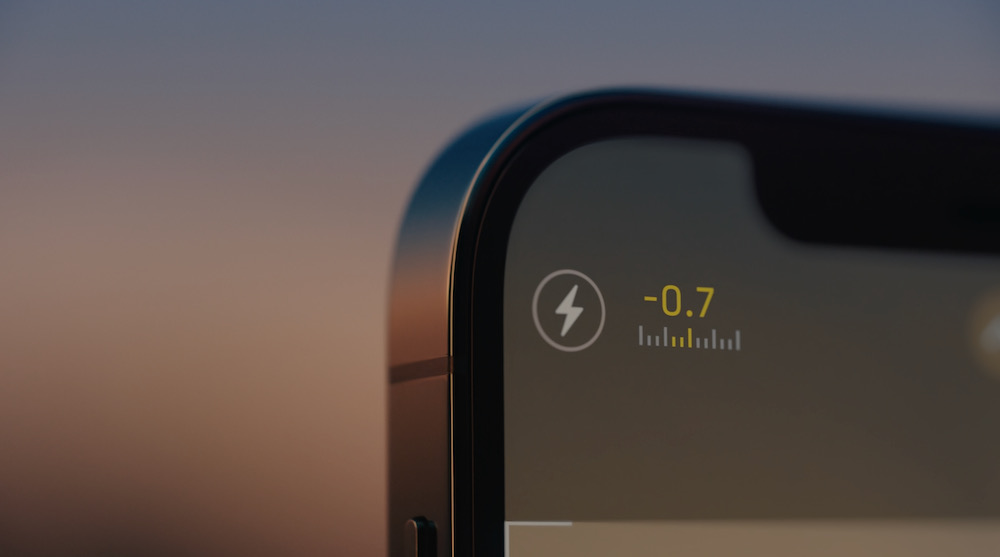 The iPhone 12 Pro includes 5G connectivity with radios that will work on any 5G network around the world.

The media invitation to the event was entitled Hi, Speed  which means both hello to the higher speed of 5G and high speed to explain the tremendous added speed of the 5G network.

Apple says it has been collaborating with network partners around the world to perfect the iPhone 12 5G.

It will support but Sub 6 and mmWave forms of 5G so it is future proof as 5G networks develop worldwide.

Apple showcased a feature powered by 5G – an app that will allow NFL fans to access multiple video streams of the match for fans at the stadium.

The iPhone 12 is powered by Apple’s latest silicon – the A14 Bionic chip which offers a 50 per cent speed improvement and 50 per cent faster graphics over the iPhone 11 and the A13 chip.

A14 Bionic is the first smartphone chip built on the latest 5nm processor technology. 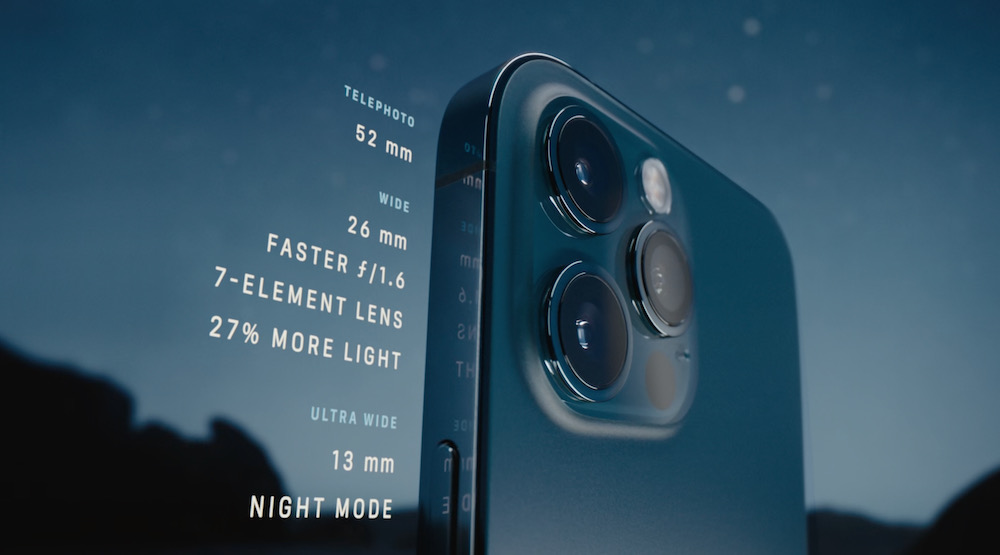 The iPhone 12 has a seven element lens for greater clarity and better performance in low light. 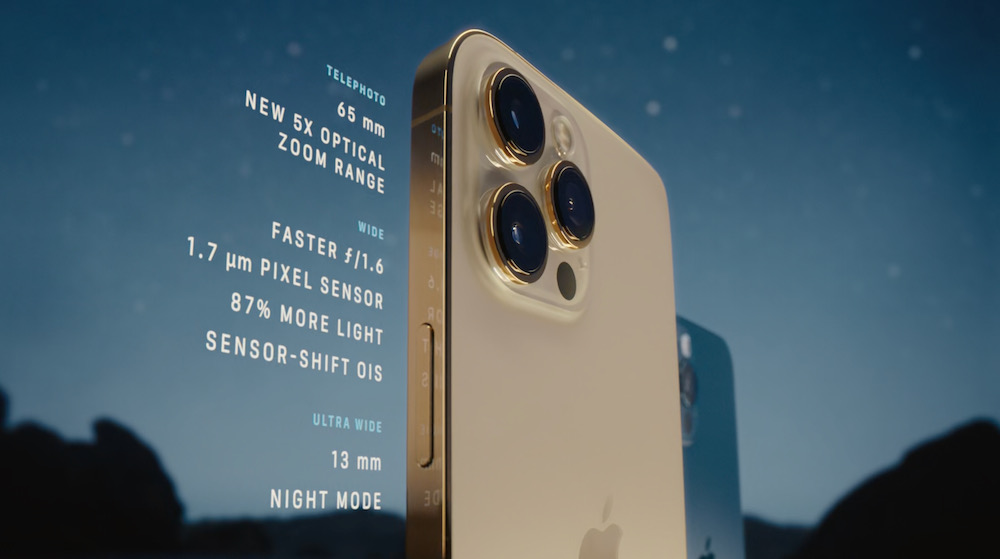 Apple ProRAW will also be coming to iPhone 12 Pro Max to offer RAW photography to give pro photographers even more to work with and more creative control.

The Pro iPhones will also include a feature first seen with the latest iPad Pro – a LiDAR scanner which can reflect light to measure the distance from the sensor to surrounding objects.

This technology will enable even more accurate augmented reality. 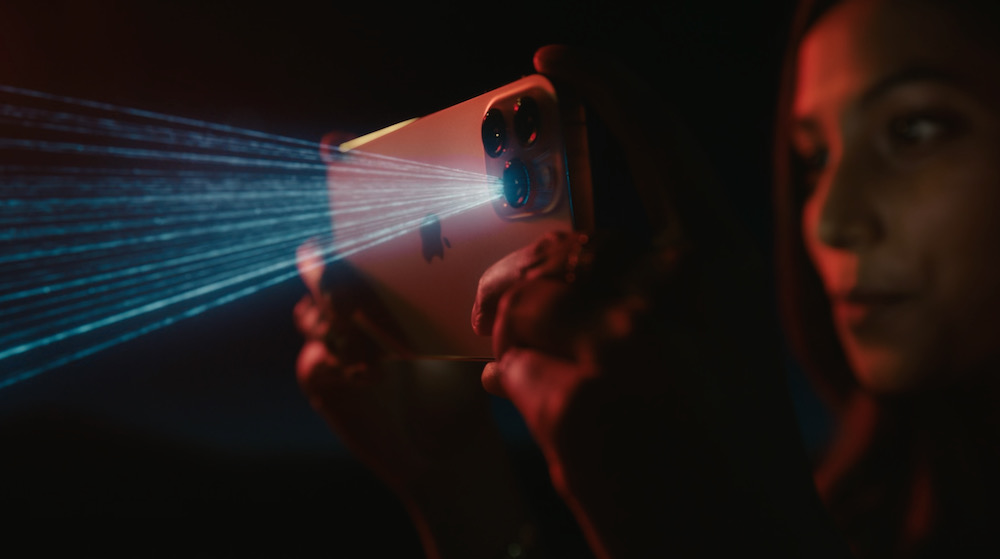 iPhone 12 can shoot video in 4K with HDR recording that captures more than 700 million colours.

It is also the first smartphone to record in Dolby Vision HDR in 4K at up to 60 frames per second.

iPhone 12 Pro can also edit Dolby Vision HDR video on the device itself. 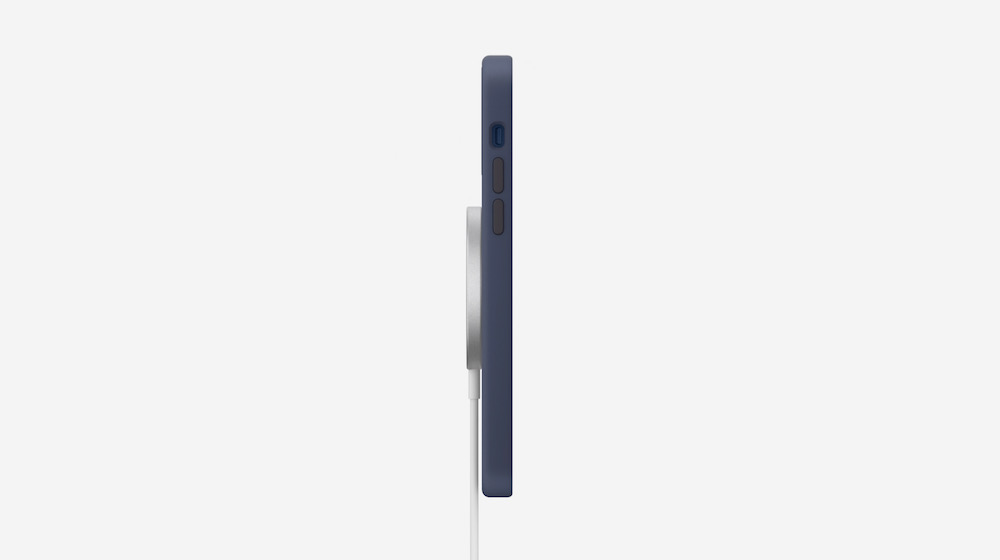 The iPhone 12 now also MagSafe – a magnetic wireless charging system to ensure your Qi charger is aligned perfectly and stays in place.

NO CHARGER, NO EARPHONES

Apple has decided to not include a charging brick and wired earphones with the new iPhone 12.

Apple says this is both a cost-saving measure and an environmental decision.

Most customers who buy the iPhone 12 will already have a charger.

Apple’s decision to not include one in the box will means they won’t end up in landfill but it will also help reduce the packing to half the size of that for the iPhone 11. 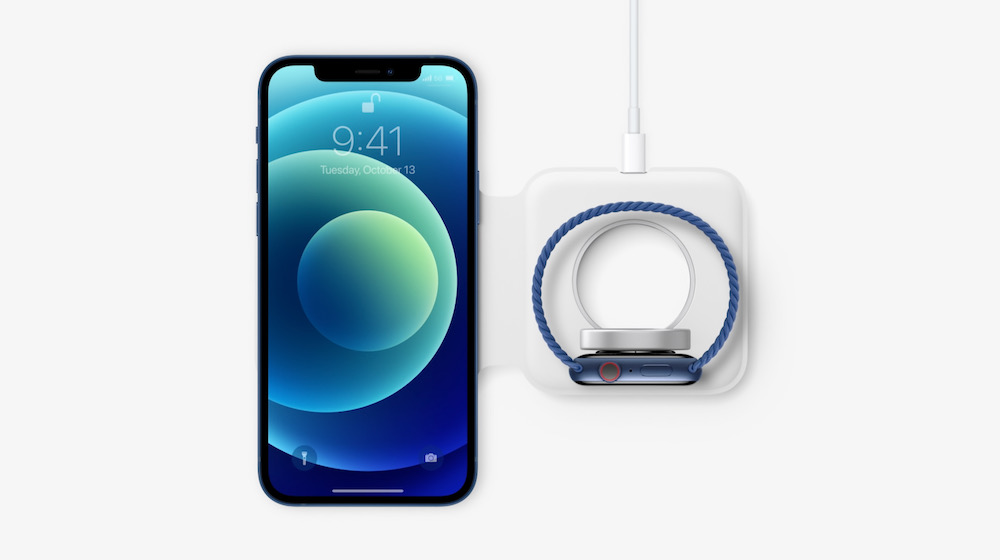 This means Apple will be able to fit even 70 per cent more iPhones in a single shipment and reduce the company’s carbon footprint even further.

The move to also not add earphones to the box were also for similar reasons.

It’s also a good chance that anyone shelling out for the new iPhone 12 will already have wire-free earphones or Apple’s very own AirPods and AirPods Pro.