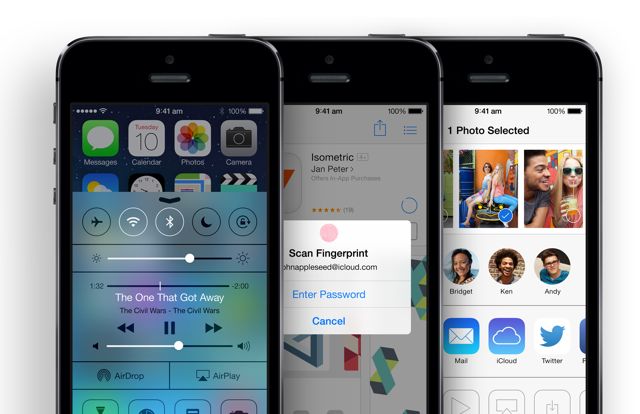 Apple has announced a new opening weekend sales record with the iPhone 5S and the iPhone 5C after selling more than nine million devices.

The new iPhones went on sale on September 20, kicking off in Australia before the US, Canada, Japan, China, France, Germany, Hong Kong, Puerto Rico, Singapore and the UK.

That makes iOS 7 Apple’s most successful software upgrade ever.

“The demand for new iPhones has been incredible, and while we’ve sold out of our initial supply of iPhone 5S, stores continue to receive new iPhone shipments regularly.

“We appreciate everyone’s patience and are working hard to build enough new iPhones for everyone.”

THE MANY HIDDEN FEATURES OF iOS 7

EVEN MORE HIDDEN FEATURES OF iOS 7

The scenes of long lines outside Apple Stores around Australia were replicated around the world.

It was the first time Apple has released two new iPhone models at the same time – the iPhone 5S and the iPhone 5C.

According to data by Localytics the iPhone 5S is the far more popular of the two new iPhones.

Localytics says the iPhone 5S is outselling the iPhone 5C by more than 3.5 times with countries like Japan seeing that ratio at five to one.