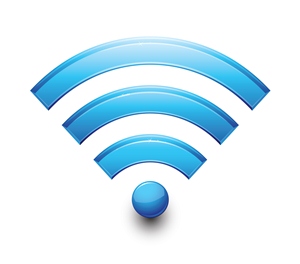 Australians are embracing wi-fi and smartphone tethering instead of buying dedicated mobile broadband devices to connect on the go, according to Telsyte.

In the 12 months to December 2013, the mobile broadband market grew by just three per cent, says tech analysts Telsyte.

This is because customers are instead finding wi-fi hotspots to connect their tablets and laptops on the go or utilising their smartphone’s network connection as a personal hotspot.

“Telcos have had some success with mobile Wi-Fi modems, but it is expected smartphone tethering will continue to disrupt this market,” says Telsyte senior analyst Alvin Lee.

“The opportunity for dedicated mobile broadband is diminishing even as mobile traffic continues to grow.”

This move means customers will be on the lookout for better deals when it comes to more generous data allowances.

Wi-Fi tethering has now become so popular and easy that customers are turning away from dedicated mobile modems as a way to connect their other devices.

Public wi-fi hotspots are also “sprouting like mushrooms” says Telsyte’s Lee and are popping up in shopping centres, transport hubs and local businesses.

On the tablet front, only 20 per cent of customers are opting for the 4G/LTE version of the product.

Tablet customers recognise they can use their smartphone as a hotspot if they want to connect their device to the internet on the move.

According to Telsyte’s research tablet usage is still mainly at home anyway.

In Australia there were more than 31 million mobile services in operation at the end of December 2013 with 23 per cent running on the faster 4G/LTE networks.

It is easy to use your smartphone as a personal hotspot.

On the iPhone simply go to Settings > Personal Hotspot and flick it to On. This will allow users to connect other devices to the connection and the phone will appear as a wi-fi network that is secured by the password that is listed in the Settings.

On Android go to Settings and look for Tethering & portable hotspot and activate the option. Users will be given a password to then authorise the connection to other smartphones, tablets and laptops.

Spotify reveals most popular musical artists on its second birthday