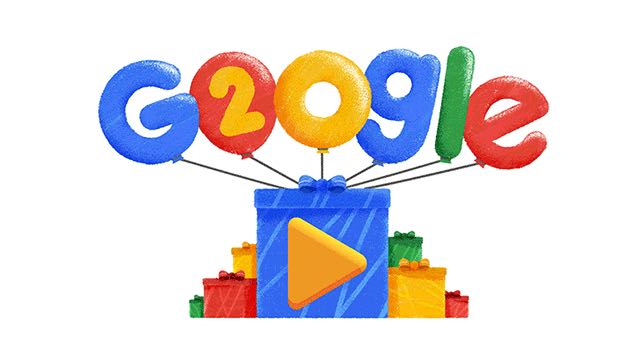 Google – it’s so big, it’s become a verb – as in “just Google it”. Where would we be without it today? And this week the go-to search engine is celebrating its 20thbirthday.

Google kicked off in 1998 at a time when not everyone was on the internet and the way we discovered new sites was word of mouth from other connected friends with the address scribbled on a scrap of paper.

We can even recall buying an internet yellow pages – a thick volume loaded with addresses based on areas of interest including sport, tech and fashion.

Any while that seemed like a good idea at the time (and we wish we would have held on to that internet directory) – Google came along and suddenly the world was at our fingertips.

That immediate access has changed the world and changed lives.

It’s also made Google one of the richest companies in the world as well.

When Google kicked off 20 years ago, the goal was to organise all the information that was out there and make it easily accessible.

That was a huge task back then even though the web in 1998 was made up of just 25 million pages.

Today Google is indexing hundreds of billions of pages which is more information that all the books in a library can hold.
Google Search is available in more than 150 languages and more than 190 countries.

Over the years the size of Google’s task has grown but the basic principles are still there with the focus on the user and whatever it is they happen to be looking for whether it’s a recipe, your nearest Thai restaurant or the capital of Malta (it’s Valetta, by the way).

The other challenge for Google is also providing you with the most relevant and highest quality information as quickly as possible.

This is where Google’s PageRank algorithm comes in and is still the foundation of Search today.

One interesting tidbit – Google processes billions of queries every day but 15 per cent have never been seen before.

So the algorithm needs to work both ways – solve the queries they saw yesterday and the ones they can’t anticipate for tomorrow.

As Google marks its 20thanniversary what is the next chapter of Search?

And the answer is three fundamental shifts in how we think about Search.

– The shift from answers to journeys:To help you resume tasks where you left off and explore new interests and hobbies, Google is bringing new features to Search that help you with ongoing information needs.

– The shift from queries to providing a queryless way to get to information:Google can surface relevant information related to your interests so you can stay informed and inspired, even when you don’t have a specific query in mind.

– And the shift from text to a more visual way of finding information:Google is bringing more visual content to Search and completely redesigning Google Images to help you find information more easily.

And what lies beneath all three of these new areas is AI and we’ve reached a point where neural networks can help Google take a major leap in the way it processes information.

But providing access to that information is what has always driven Google for 20 years and what will keep driving them for the next 20 years and beyond as well.

1998: Google.com launched by Larry Page and Sergey Brin. One of the early angel investors was Amazon founder Jeff Bezos.

1999: Page and Brin try to sell Google to Excite – a now -defunct early search engine. They asked for $1m which Excite turns down because it thinks it’s overvalued.

2009: First time a billion queries processed in a day.

2015: Google restructures itself and now has Alphabet as a parent company.