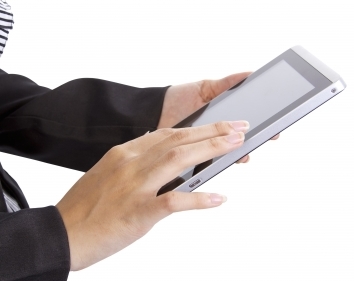 Australia is a truly connected nation at home and at work after a new survey revealed how we’ve become more dependent on the internet than ever before.

Digital Nation is the latest report from tech research company Telsyte and looks at how technology is impacting everyday Australians.

It covers things like attitudes to technology, smartphone usage and adoption, second screen engagement while watching TV and bringing your own device to the work place.

“Staying connected is now a national pastime – Australians are clearly more dependent on the internet for entertainment and shopping than ever before,” says Telsyte managing director Foad Fadaghi.

The study revealed that more than half the population regularly uses Facebook and 58 per cent use at least one other device while watching TV.

In an average household there are eight connected devices with more than a third downloading 100GB or more with their fixed home broadband connections.

The report also shows that Australians are swarming to “post PC” devices like smartphones and shifting their daily habits as a result.

Australians are using mobile devices to shop with 29 per cent using a smartphone to purchase a physical product.

It’s even higher for tablet users with 43 per cent purchasing products online from their device.

Australians actually spent more than $20 billion on e-commerce in 2013 with two thirds indicating in the Telsyte report that saving money was the biggest motivation.

At work smartphones (94 per cent) and tablets (85 per cent) were where the leading devices for sales, marketing and senior management staff in companies that have BYOD (bring your own device) policies.

The use of smart connected devices has also seen a rise in remote working with more than 40 per cent of organisations allowing staff to work from home at least one day a week.