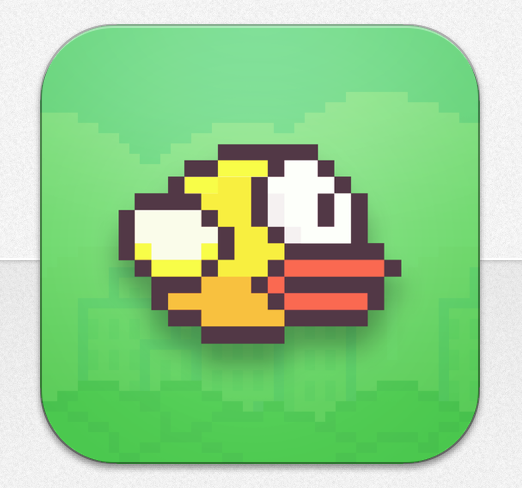 If you haven’t already heard of Flappy Bird you soon will. It is a new free smartphone app that’s remarkably simple to learn and play but highly addictive.

The idea of the game is to steer the flappy bird through a series openings along a row of pipes.

To keep the bird at the right height players simply have to tap the screen.

Don’t tap the screen and your bird is going to lose altitude and hit the pipe. And then it’s game over – you only get one life. But it’s easy to start a new game in seconds.

Flappy Bird is free and makes its revenue from in-app advertising.

And with players spending hours on the game that has resulted in a healthy revenue stream for the game’s creator Dong Nguyen.

Nguyen is now reportedly earning more than $50,000 a day.

Now to get a decent high score you need practice. What you also need are a few hints and tips.

1. Playing on a larger screen is easier. If you play Flappy Bird on a tablet you get a wider view, more room to move and your tapping finger is not going obscure your view.

2. Choose a part of the screen to tap and stick to it. You don’t want to get in your own way. Another tip is to give a stylus a try so your hand is further away from the screen and not blocking your view.

3. Quit your other apps. The last thing you want is the app to crash just before you post your high score. If you’re playing on an iPhone it might also be an idea to activate Do Not Disturb mode so a call won’t interrupt your rhythm.