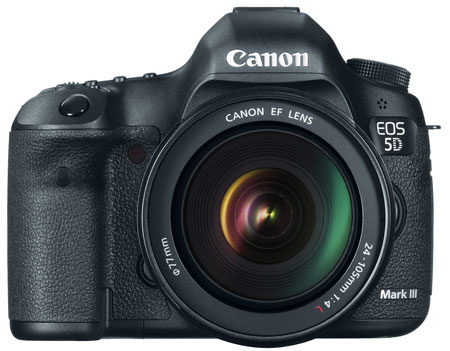 Canon’s engineers have worked to deliver the highest image quality yet – going beyond just raising the pixel count but also lowering noise.

The device’s processor has also had a speed bump with speeds up to 1.3 times faster than its predecessor.

Standard ISO range has also been expanded by two stops to a new standard range of 100 to 25600 which means the camera can capture high quality images no matter the conditions.

And all of that is housed in a lighter magnesium alloy body with new seals around buttons, dials and strap hooks providing water and dust resistance.

Among the new features on board the device is HDR (High Dynamic Range) which captures three different exposures of the same scene and combines them to create a single HDR image.

There are also two multiple exposure modes, a first for an EOS camera, so users can incorporate up to nine images shot continuously in the same frame.