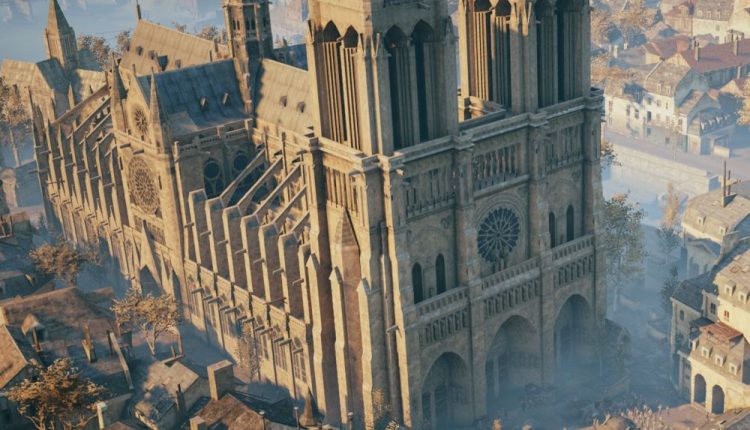 The hopes of rebuilding the Notre Dame Cathedral in Paris after being devastated by fire have been boosted thanks to some highly accurate 3D scans of the iconic building which were recently completed.

Fire broke out in the landmark 850-year-old building and caused the spire and part of the roof to collapse.

More than 400 firefighters battled the Notre Dame blaze and it was their quick action that stopped the fire reaching the north tower belfry and saved the interior along with the priceless artworks and artefacts inside.

It is believed the blaze originated in the area where renovation works were being carried out at the rear of the Cathedral.

But if there is a silver lining in this story it will come from the fact that the 3D mapping carried out by an art historian will provide hyper accurate plans when it is time to rebuild.

GPS World says there is abundant information to restore the cathedral to its former glory thanks to the 3D mapping of Notre Dame that was documented in a National Geographic feature.

Art historian Andrew Tallon used laser scanners to uncover the Gothic architecture to see exactly how it was built centuries ago.

Construction on Notre Dame started in 1163 and took 182 years to complete.

Tallon used laser scanners mounted on a tripod and swept their beams around the cathedral to measure the distance between the scanner and every point you could see.

The result was more than a billion points of data with millimetre accuracy.

Another virtual scan that can also aid in the rebuild of Notre Dame Cathedral comes from an unlikely source – a computer game.

Notre Dame was featured in Assassin’s Creed Unity where a virtual likeness of the cathedral was constructed as The Verge reported.

The game was set during the French Revolution and publisher Ubisoft Montréal spent two years modelling the landmark inside and out.

Hisense releases pricing and availability of its 2019 ULED TV range