Apple CEO Tim Cook has opened up and apologized to customers in a TV interview about the controversy surrounding the battery issues and iPhone slowdowns saying “we should have been clearer”.

“Our actions were always the purest,” Mr Cook said in an exclusive interview on ABC News in the US.

The Apple boss also said the company was introducing a system update to monitor the battery health of your iPhone.

And iPhone customers will also have the option of turning off the battery slowdown option which was being introduced without the user’s control.

In the TV interview the Apple CEO also spoke about 20,000 new jobs the company will be creating in the US over the next five years and the lower corporate tax rates that will allow for this expansion.

Mr Cook also talked about moving foreign profits back into the US following the tax reforms introduced by US President Donald Trump.

But the subject soon turned to the fact that Apple had admitted to slowing down older iPhones so the degrading battery wouldn’t force an unexpected shutdown.

“About a year ago we released some code that essentially what it does is – all batteries age over time and become unhealthy at a point in time and an unhealthy battery has a probability that it will create an unexpected restart,” Tim Cook said in the ABC News interview.

“And so you can imagine if you’re making an emergency call or you’re making an important call ….  or a recorded message that you’re waiting for or you want to capture that moment that is fleeting with your camera.

“We always focus on the user experience so at the heart of any decision we make is the user and we felt it would be better to take something off the performance to prevent that from happening.

“So when we did put it out we did say what it was but I don’t think a lot of people were paying attention – maybe we should have been clearer as well.

“And so we deeply apologize for anybody that thinks we had some other kind of motivation.”

Mr Cook goes on to describe Apple’s approach to putting the user at the “centre of everything we do”.

“Our motivation is always the user. The user is at the centre of everything we do and so we’ve listened to their feedback very carefully and what we’re doing now in addition to giving everybody a very low price on a battery if they’d like to get a new battery we’re also going to, in the first of a developer release next month, give people the visibility of the health of their battery so it’s very transparent.

“This hasn’t been done before but we thought through this and learned everything we can.

“And we will tell somebody that we are reducing or slightly reducing your performance by some amount in order to not have an unexpected shutdown. 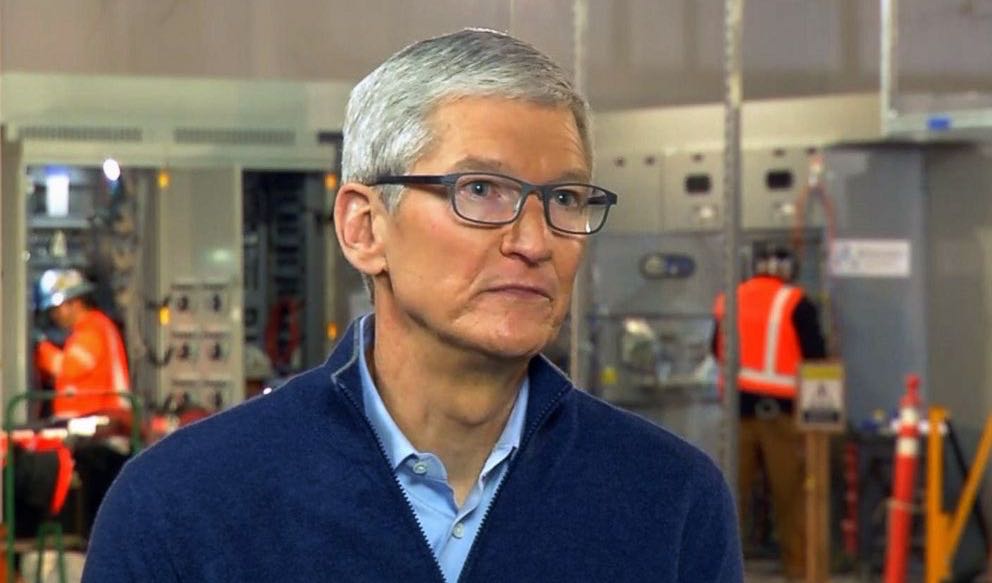 “And if you don’t want it you can turn it off. Now we don’t recommend it because we think that peoples’ iPhones are really important to them and you never can tell when something is so urgent.”

Mr Cook apologized again and stressed the decision was made to benefit and not harm the user.

“Our actions we all in service of the user – I can’t stress that enough,” he said.

“Maybe we should have been clearer at a point in time but our actions were always the purest.

“Again if anybody out there believes we did something nefariously and we apologize for any kind of thing we did or didn’t do.”

As a result of the controversy, Apple significantly lowered the price of battery replacements for Australian customers with an iPhone 6 or later.

Westpac customers can now do their banking using iMessage