It’s certainly a viewer’s bonanza with the arrival of Netflix in Australia to join other video on demand services like Stan and Presto. But what does this mean for customers?

And how will these new online services affect free-to-air TV and Foxtel’s prospects.

One thing’s for certain – there has never been a better time to be a TV viewer in Australia with more choice than ever before and ability to what we want when and where we want.

The traditional viewing model we’ve been used to for so long is now being challenged.

Netflix and the other SVOD (subscription video on demand) services offer access to their content online only. 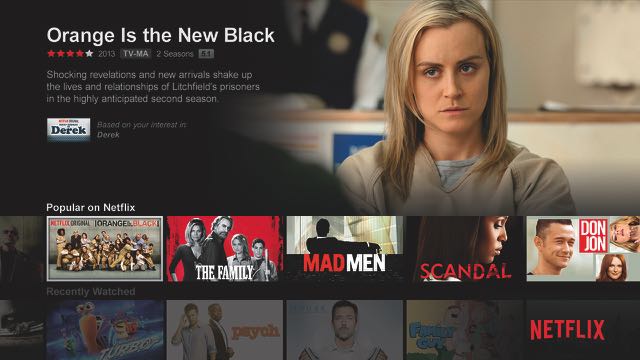 And while people are excited they can easily afford the monthly service, the other hidden cost is the amount of data it will use.

If you only have a small data allowance per month you can do one of two things – upgrade your data allowance with your ISP (internet service provider) or check to see of your ISP or a rival ISP can offer you unmetered use of Netflix, Stan or Presto.

Optus and iiNet have unmetered Netflix access while Telstra is giving Presto customers a free kick on the data side.

Another question people have asked is – how do I watch Netflix and these other SVOD services? 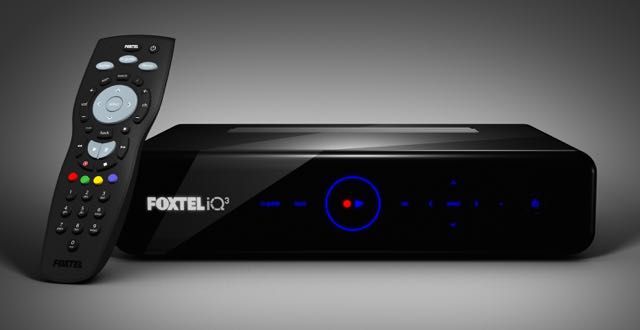 With Netflix there is an app that can be downloaded to your smartphone or tablet and viewed through your computer browser as well as being accessible on smart TVs, gaming consoles, Blu-ray Disc players and Fetch TV second generation set top boxes.

In the case of Stan and Presto – they also have apps for smartphones and tablets and can also be viewed on your PC. And if you did want to stream the signal to your TV you can easily do that with Chromecast or Apple TV.

Will this have an impact on Foxtel and free-to-air TV? Of course it will but not in the way you think.

Some people think Netflix will be the death of Foxtel and FTA (free-to-air) TV.

Not by a longshot.

FTA will always survive – it’s free! But what will happen is the FTA channels will be challenged to lift their game in areas where Netflix can’t compete – live news, live sport, reality TV and event TV programming.

If you want to watch live coverage of the latest South Sydney rugby league match – you’ll need either FTA or Foxtel. Netflix won’t be getting a look in here. 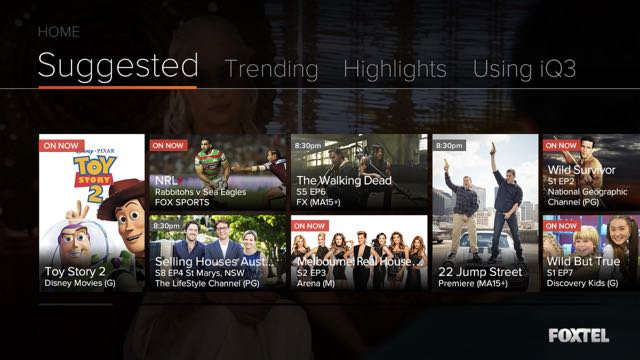 It’s the same story for tent pole shows like My Kitchen Rules, The Block, MasterChef, The Bachelor – the list goes on. These will forever reside on FTA and advertisers will still be willing to pay good money to be associated with them.

Netflix, Stan and Presto’s strengths are the quality of their content. And, because they are so affordable, it wouldn’t be a surprise if people took up more than one SVOD or possibly all three.

Netflix, which has been around for years in the US and Europe, is even producing its own original content like House of Cards and Orange is the New Black to attract customers and that’s exactly what’s happening.

Foxtel’s lure is a combination of the appeal of FTA with SVOD because it has the live news, live sport, plenty of reality programming and also a long and impressive list of hit TV shows like Game of Thrones and The Walking Dead in its arsenal.

Foxtel has been quite aggressive in its marketing in the lead-up to the Netflix launch with affordable packages and exclusive content.

And it also happened to release the brand new iQ3 set top box a day before the Netflix launch to show customers there are still plenty of reasons to not only keep their service but to also upgrade.

Two of the key new features of the iQ3 are Start Over – where you can go back to the beginning of a program if you’ve missed the start – and Look Back which allows viewers to go back 24 hours in the guide and download a show they’ve missed.

Unfortunately both of these features can only be viewed in standard definition.

With Netflix, Stan and Presto – because of their on-demand and non-linear set up – you can start programs when you want and choose what you want to watch when you want so there’s no need for a TV guide. They content is just there, waiting for you to hit play.

The viewing choices have never been greater and there is now finally easy and affordable access to the programs we love.

One positive side effect will be a dramatic reduction in piracy.

Foxtel has already stated its hero show Game of Thrones will be shown at the same time that it airs in the US.

Similarly Netflix has confirmed the new season of its excusive shows will also be offered at the same time in Australia as they are in the US.

Viewers resorted to illegally downloading shows because there was no access to the shows in a reasonable period or at a reasonable price.

Those reasons don’t exist anymore and the viewers will be the winners.