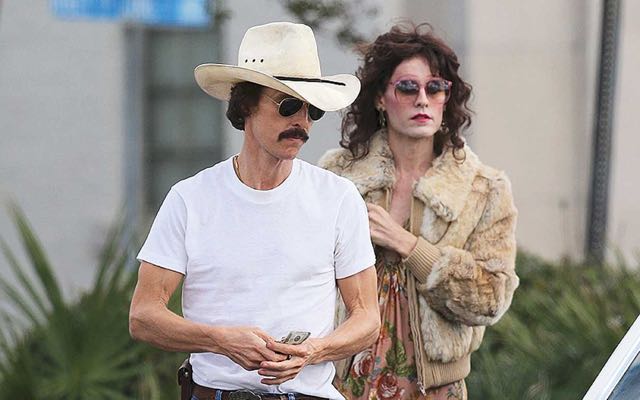 The decision in the Federal Court yesterday that will see iiNet handing over details of customers who allegedly illegally downloaded and shared the film Dallas Buyers Club has certainly made huge waves in Australia.

The fallout of this decision alone will really make people think twice about illegally downloading content.

In a time when any type of content is just a mouse click away and piracy is commonplace, this latest decision will be a wake-up call for anyone who’s ever illegally downloaded content.

The reason Australia is one of the biggest nations of illegal downloaders is we’ve been sadly lacking fair, timely and affordable access to content.

The content illegally downloaded includes TV shows and movies that we love and want to watch now.

Unfortunately the path of least resistance to this material is stealing it.

According to research by consumer advocate Choice most content pirates (55 per cent) try to use legal services first before resorting to stealing the content.

And it is stealing in exactly the same way as it would be if you slipped a Mars Bar in your pocket and walked out of a convenience store without paying for it.

The introduction of services like Netflix will offer this highly sought after content legally and at the same time as the rest of the world.

Foxtel customers will next week be able to watch new episodes of the popular series Game of Thrones at the same time as audiences in the US.

But the other side of the legal argument in any piracy case is how can content rights holders prove you stole the content.

In the case of the Dallas Buyers Club case, the producers used sophisticated German technology to pinpoint IP addresses where the film was being downloaded and “seeded” for redistribution.

The customers in question were using a BitTorrent peer-to-peer network where users download a file from not one place but grabs tiny bits and pieces of that file from hundreds and thousands of places.

After a file is downloaded on a BitTorrent network, users have the option of “seeding” that file – in other words – adding to the thousands of bits to make it easier for other to download the file.

These “seeders” were the customers targeted by the Dallas Buyers Club action.

But these people could also argue that their home networks are not secure and that a neighbour or passer-by downloaded the file using their wi-fi.

Securing a wi-fi is not compulsory. It’s not smart practice – but it’s also not illegal.

Ironically this decision against iiNet was handed down the day before the proposed industry code of practice designed to help reduce internet piracy was submitted for registration by the Australian Communications and Media Authority.

With yesterday’s decision, it means iiNet will be forced to hand over customers names, addresses and email addresses to the producers of Dallas Buyers Club – starring Matthew McConaughy and Jared Leto in their Oscar-winning roles – to recoup their losses from piracy.

The result of this could be “speculative invoicing” where the customers who were alleged to have stolen and shared the film would be sent an intimidating letter to either appear in court or pay an amount for damages.

In the US there have been cases where alleged content pirates were facing court action and payments $US150,000 in damages or $US7,000 settlement fee.

The real concern here, according to Australian Communications Consumer Action Network (ACCAN), is that the new Copyright Notice Scheme 2015 may make it easier for companies to engage in this “speculative invoicing”.

ACCAN has proposed that any content producers who engage in “speculative invoicing” be barred from the nationwide industry scheme.

At the time the Copyright Notice Scheme was first proposed it received a hail of criticism for its set-up, limited appeal avenues and lack of independent members on the review committee.

These issues have been addresses by the ISPs and amended in the final submission to the Government.

Despite initial objections, the proposed Scheme’s three strikes policy is still tame compared to the “speculative invoice” approach that would come without any previous warnings.

But Choice says the Copyright Notice Scheme has no safeguard to prevent the bullying tactics and intimidating letters if a consumer is suspected of illegally downloading content.

The Australian Scheme is designed to inform and educate customers as much as it enforces anti-piracy laws.

Choice says the Scheme needs to punish rights holders from sending these “pay up or else” letters.

Ideally the rights holders’ claims should filter through the Australian Scheme to enforce the law of the land rather than letting rights holders barging in and using intimidating tactics.

Choice also suggests the Scheme should enforce a limit on the total amount of damages sought by copyright holders.

It says rights holders should also tell customers where they can legally access the content they allegedly pirated.

iiNet have 28 days to appeal yesterday Federal Court’s decision – and there is no doubt they will.