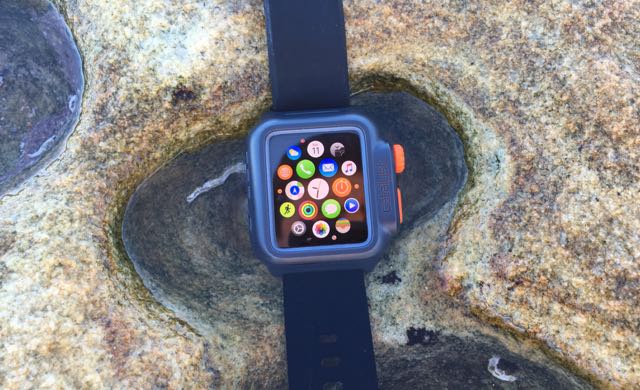 This new Catalyst Case can make your Apple Watch waterproof

The Apple Watch can do a lot of things but one thing it can’t do is go underwater. Until now. The Catalyst Case for the Apple Watch creates a seal around the device so you can take it for a swim.

It is the first case of its kind for the Apple Watch and adds an IP68 waterproof rating as well as drop protection.

Catalysts Cases are only available for the 42mm Apple Watch. 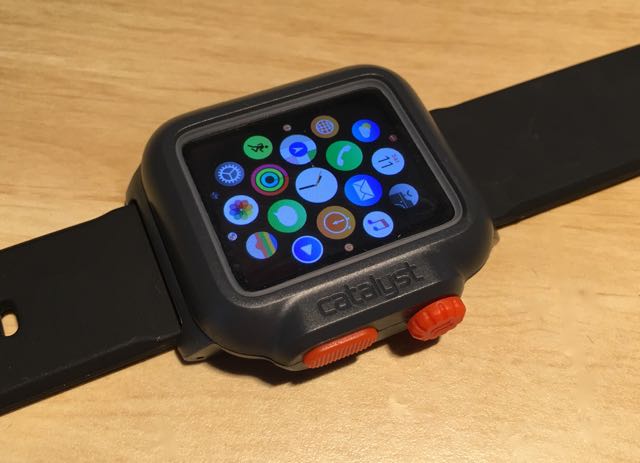 The Catalyst case is made up of an outer shell and a silicone sleeve that fits around the Apple Watch before everything is sealed together.

There’s even a screw and a small screwdriver to complete the seal of the case with the Apple Watch onboard.

What keeps the product relatively slim is the fact there is no cover over the Apple Watch’s screen. 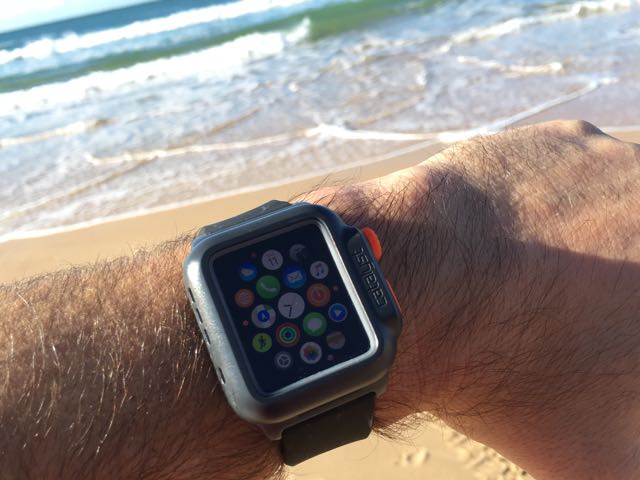 But before you start panicking, you should know the Catalyst creates a watertight seal around the four edges of the Apple Watch screen so it is still waterproof.

And apart from maintaining slim profile, it means you can still interact with the Apple Watch while it’s in the case because you’re touching the device’s actual screen rather than a cover over the screen. 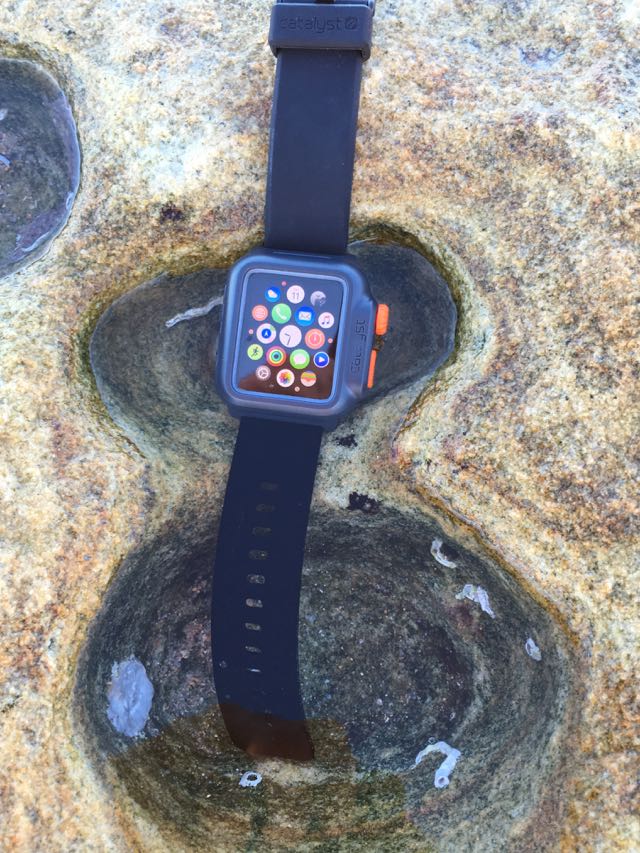 You also still have access to the rotating crown and the side button so you can fully control the Apple Watch while it’s inside the Catalyst case.

The heart rate sensors also still work through the case and you can charge the device as you normally would as well.

Before we took our Apple Watch for a swim we had to test the seal with a dummy Apple Watch that comes with the Catalyst case. 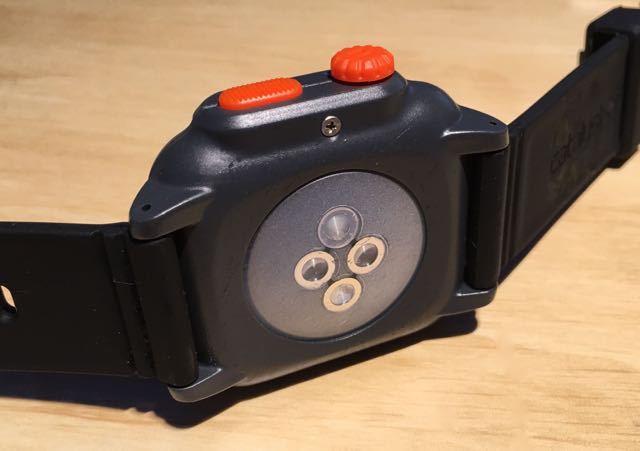 We submerged the case with the dummy watch onboard for 30 minutes and then examined the silicone sleeve to see if there was any water inside. It was as dry as a bone.

Apple Watch owners who purchase the Catalyst case can now swim with the device even at the beach. 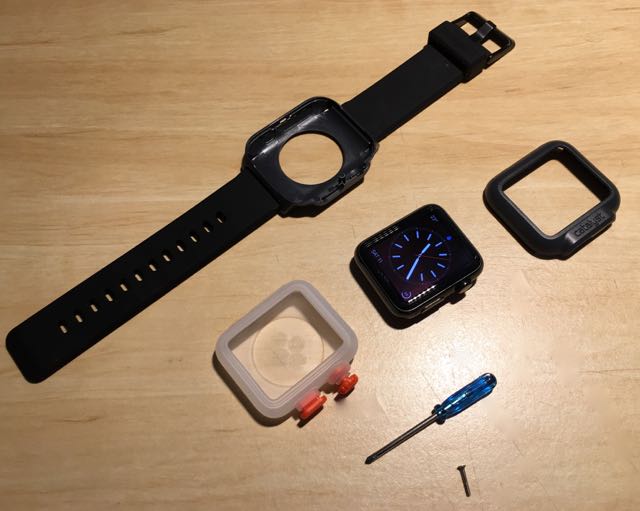 You can also wear it in the shower, in the bath, surface swimming and snorkeling but Catalyst says to avoid high speed water activities like skiing, wakeboarding, surfing and jet skiing.
We imagine these activities may disturb the seal around the Apple Watch screen and let water in.

For our testing we took it to the beach for a swim and even wore it in the shower and the Apple Watch didn’t miss a beat.

And the silicone strap that comes with the Catalyst case is soft and comfortable to wear for people of all wrist sizes.

If you own an Apple Watch and want to take it places you never have before, you need the Catalyst Case.

It is available now in plain black, black with orange controls and grey with green controls. The Catalyst Case for Apple Watch 42mm is priced at $89.99.