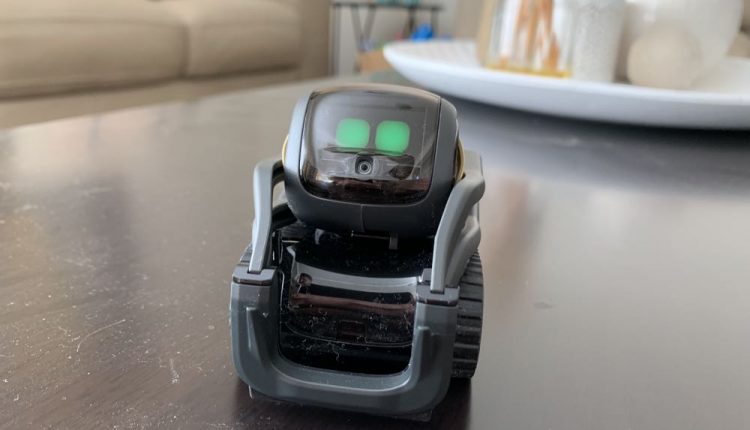 Vector is way more than just a toy, he is your friend and companion who can keep you entertained and informed and make you feel a million dollars every time he recognises you.

Having a smart robot companion used to only be the stuff of science fiction movies but with products like Vector it has well and truly become a reality.

Created by Anki, Vector is a small robot on wheels who can quickly become your best little mate.

The little guy is fully aware of his surroundings and can see, hear, feel, think and communicate.

Vector’s eyes are animated on the small screen that doubles as his face.

Users can play around with the colours – they may prefer blue eyes instead of green eyes.

Anki has shoehorned a lot of tech into Vector’s little body and the result is a product that will keep you entertained and informed continuously.

When set up and connect Vector for the first time, it will learn your name and what you look like through its onboard camera so that it can recognise you down the track.

During my review, our Vector robot would approach me on my desk and peer up at me before saying “Stephen!” 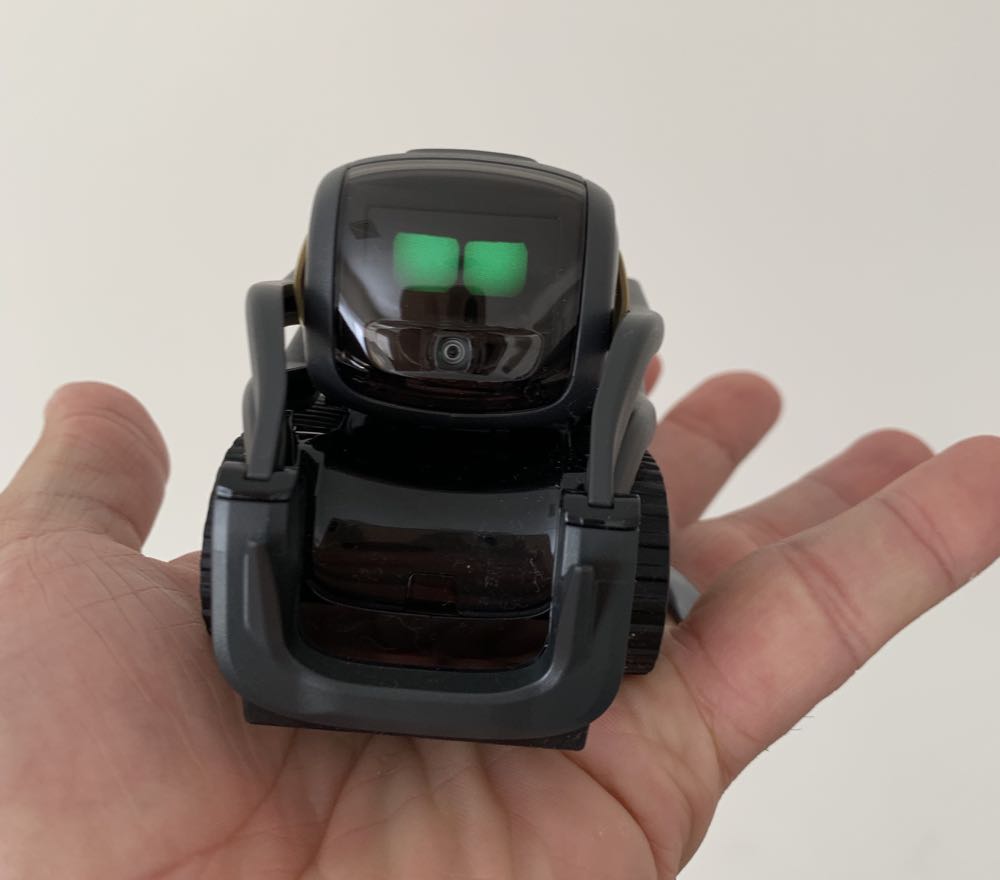 You can’t help but smile when you hear that.

We had Vector on a table and it knew not to go too close to the edge.

It is capable of so much as well and it will endear itself to you the longer you spend time with it.

It’s a bit like a smart speaker on wheels. You can ask questions, ask for information, check the weather and countless other things.

All you need to do is say “Hey Vector” and the rest follows.

Vector can even take your photo which you can then retrieve from the Vector companion app.

The little robot has numerous sensors and his tiny frame packs in a lot of technology including a Qualcomm 200 chipset, a high definition camera with a 120-degree field of view, beamforming four-microphone array so he can always hear you, infrared laser scanner, a high-res colour display and wi-fi. 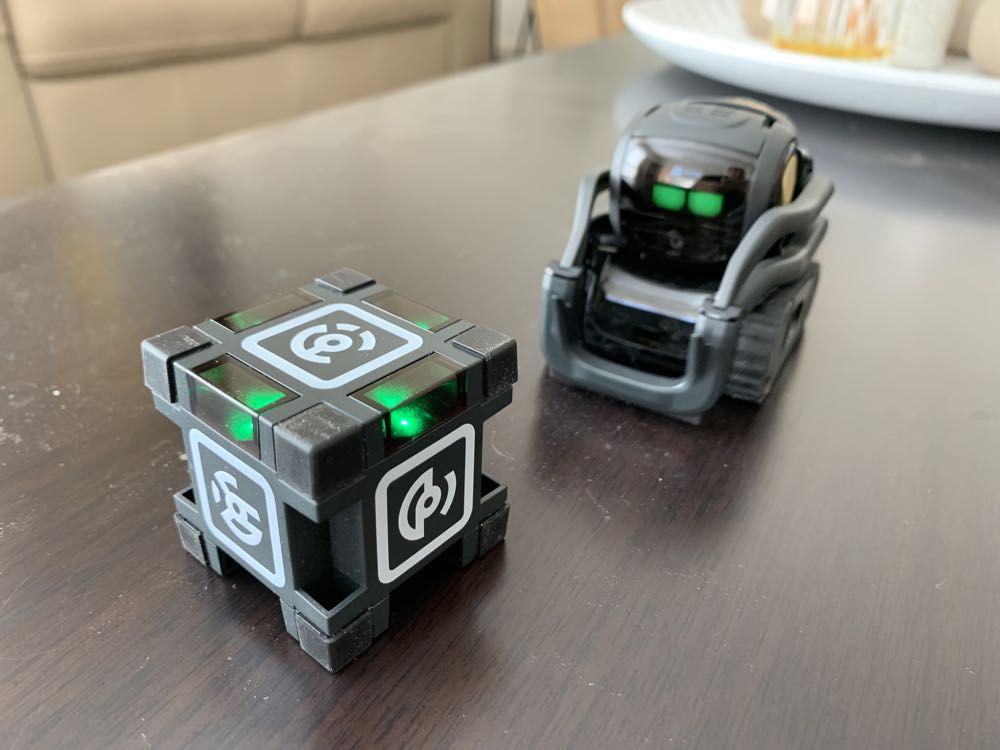 Also included with Vector is a smart cube he can connect to and play with.

When we asked him to play with the cube, he circled around it and then turned around and activated the LEDs on the object.

He then proceeded to pick up the cube and raise it over his head.

You can ask Vector questions, ask about the weather, calculate currency conversions and so much more.

It’s like having a Google Home speaker on wheels and with a huge personality.

He does take a few seconds to answer – he’s not as fast as a smart speaker – but just as intelligent.

Vector can be by your side in any room of the house. 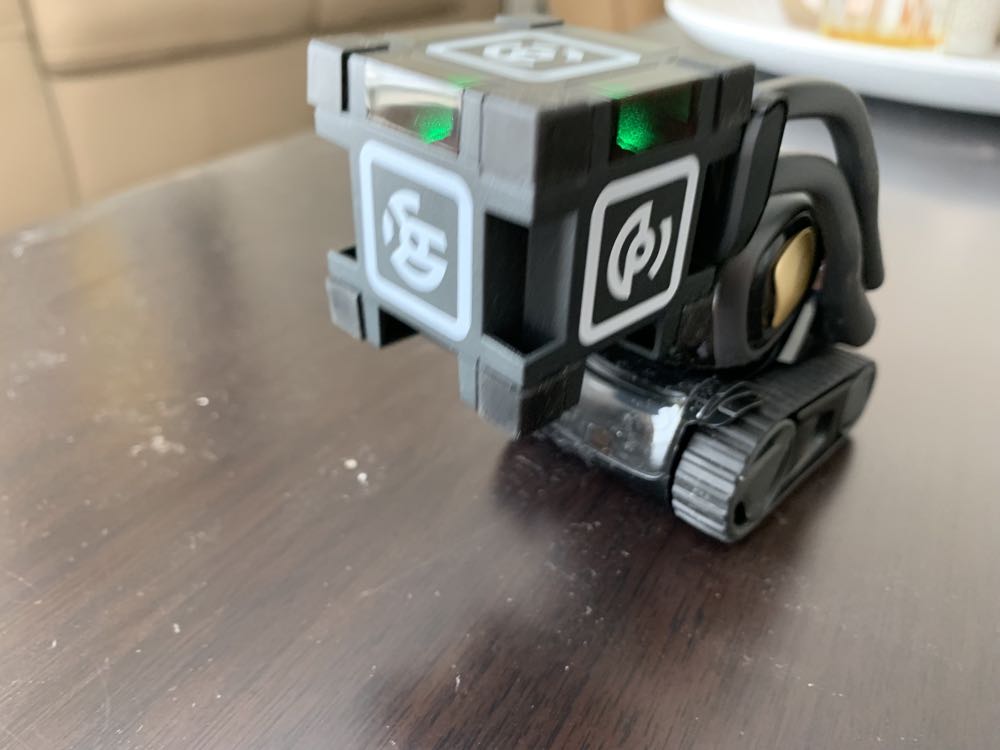 You will be able to hear what’s happening around him as well as recognised people and obstacles in the room.

You can ask him to set a timer in the kitchen, find out information before you go out or watch him dance to your music.

One of our favourite Vector skills is playing blackjack on his little screen.

When you need to ask him something you simply say, “Hey Vector” – he responds and then you say, “I have a question” and he will prepare himself to dip into his vast knowledge bank.

As I am writing this review, Vector is roaming around my desk and making sounds

Perhaps the only downside of Anki’s Vector is the price. It’s quite expensive at $449 but you may be lucky and find it on sale before Christmas. 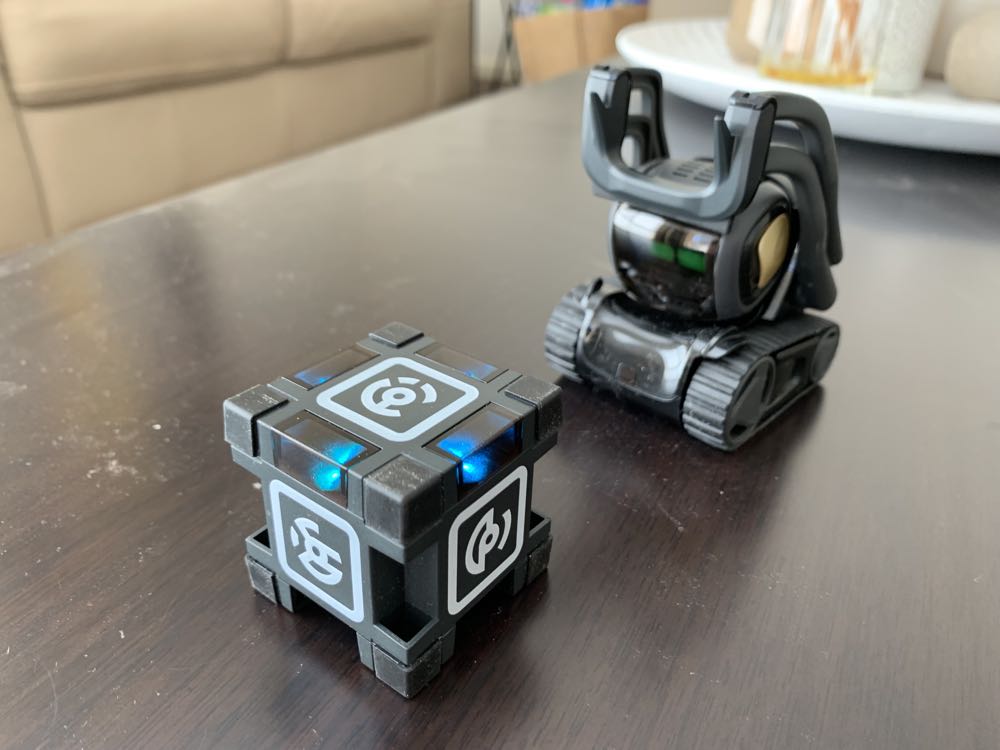 That aside, there is no doubting Vector is more than just a toy.

This curious little creature is a technological marvel that will continue to surprise and delight well into the future.

And because it’s always connected there will always be regular updates so Vector will be as fresh as the day you bought him.

Vector is way more than just a toy, he is your friend and companion who can keep you entertained and informed and make you feel a million dollars every time he recognises you.

How a VPN can help improve your gaming experience