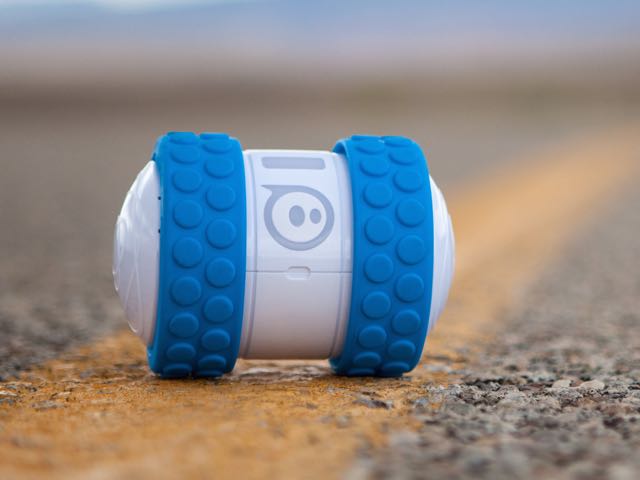 The company that brought you the robot ball Sphero has introduced an all-new app-controlled robot called Ollie that’s designed purely for fun.

The tubular device is also fast – it’s capable of speeds of more than 20km/h.

Ollie’s central motor is bookmarked by two nubby tyres and hubcaps and is controlled by a free iOS or Android app.

When you want to drive Ollie you just connect the device to your smartphone or tablet through the app via Bluetooth and then you’re ready to go.

Once connected you have a range of about 30m so you can even take Ollie outside and give it a spin.

Made by Orbotix – the same company that created the popular Sphero, Ollie has internal LED lights to give it a multi-coloured glow when you’re driving it.

It has a low centre of gravity so it can make tight turns even at high speeds.

And after a little practice, and a lot of help from the app, you can even get Ollie to perform a few tricks like spins, drifts and flips.

The app is the definition of simplicity and steering Ollie is as easy as dragging your finger inside a circle to make it travel in the direction you want.

Turn your device on its side and you’re in trick mode where swiping in certain directions results in trick like a spin or a flip.

The nubby tyres provide enough grip and tread to use Ollie outside on rough surfaces.

You can recharge Ollie through its microUSB connection and it will run for about an hour on a single charge.

Ollie is a lot of fun to drive and it’s tough enough to handle crashes even at full speed.

Once you’ve mastered a few manoeuvres, Ollie can be quite an addictive toy that will provide hours of fun.

Ollie is available now from Apple Stores, Myer, Harvey Norman, Dick Smith and Tech2Go. It is priced at $149.95.