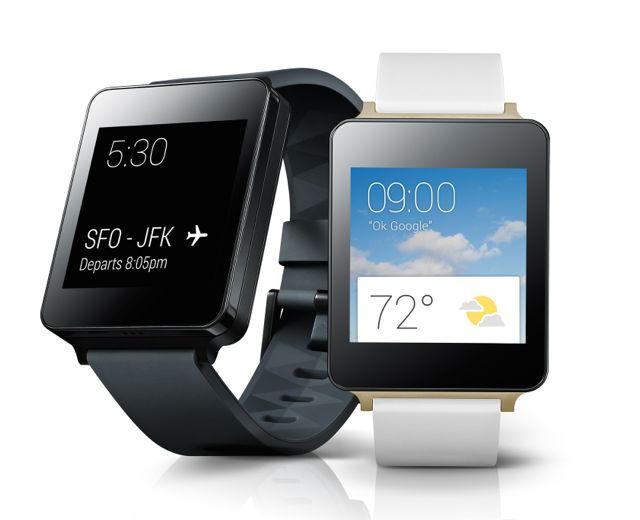 LG has formally introduced the new G Watch – a smartwatch that is one of the first in the world powered by Google’s new Android Wear operating system.

The G Watch has a 1.65-inch IPS (in-plane switching) display so it’s easy to read at any angle and in bright sunlight.

The device, available in white/gold and black, has a minimalist design and is made of PVD (physical vapour deposition) stainless steel with a rugged silicone wristband.

It can also be personalised with many standard 22mm watchstraps already available in the market.

Under the hood is a 1.25Ghz Qualcomm Snapdragon processor.

The G Watch is compatible with any smartphone running Android 4.3 operating system and above and connects wirelessly via Bluetooth 4.0.

It will display messages, caller details and allow users to control music playback while your Android smartphone is still in your pocket or bag.

Also onboard is voice recognition so users can ask the G Watch questions and also complete tasks.

This includes the ability to search Google and send text messages.

The new Android Wear operating system provides information when you need it and relative to where you are.

The G Watch will be available to pre-order from the Google Play Store from tomorrow in 12 countries including the US, Canada, UK, South Korea and Japan.

It will also become available soon after in 27 countries including Australia, New Zealand and Singapore.

Pricing and an official release date have yet to be announced.

Omate is not just a smartwatch – it’s a mini smartphone