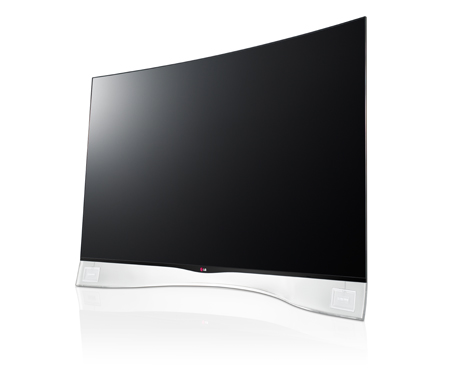 LG will release its curved 55-inch OLED television within weeks, nearly four months after introducing the head-turning product in Australia.

The first time the curved OLED (55EA9800) was revealed to the world was way back in January at the Consumer Electronics Show in Las Vegas.

No official release date or price has been announced but it is expected in the first half of September and believed to cost $15,000.

The edges of the screen have been optimally curved towards the person for an enhanced viewing experience.

It made its first appearance in Australia when brand ambassador Ewan McGregor headlined the launch of the 2013 home entertainment range in May.

“We are thrilled to bring the curved OLED to Australian consumers. Featuring an optimally curved screen, this masterpiece of technology and design will mark the beginning of a new chapter in home electronics history,” said Lambro Skropidis, marketing general manager for LG Australia.

“LG’s curved OLED TV delivers a level of viewer immersion that has to be experienced to be believed. Driving the evolution of TV in a new and exciting direction, the curved OLED is proof of our commitment to commercialising the most cutting-edge technologies.”

“LG continues to drive innovation in the TV sector. We are leaders in next generation display technology, and leaders lead,” said Skropidis.

“We’ve made it easier for Australian’s to access this incredible picture quality at home. Consumers will be able to select a screen size and price point that best suits their needs.”