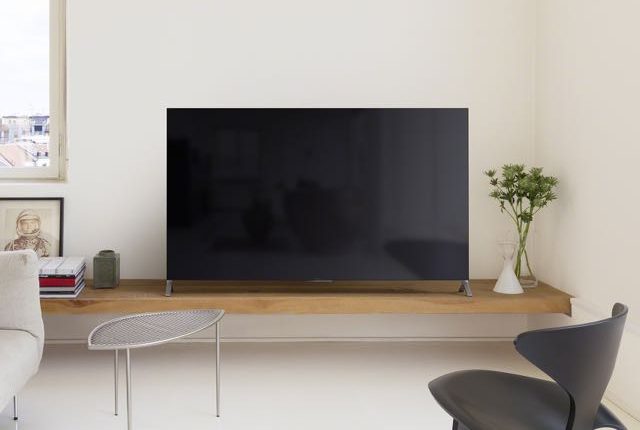 Sony has unveiled its thinnest ever 4K LCD TV at less than 5mm thick at the Consumer Electronics Show in Las Vegas.

Sony’s X9000C Bravia series measures a svelte 4.9mm at its thinnest point and has a new 4K Processor X1 onboard for enhanced contrast and colour accuracy for both HD and 4K Ultra High Definition. It’s actually thinner than the Sony Xperia Z3 smartphone.

All up Sony will have nine new Bravia TV ranges that will range in sizes from 49-inch to 75-inch.

All of Sony’s 2015 Bravia TVs will also now have Google’s latest Android TV operating system onboard to make it easier to stream videos and will also be compatible with GoogleCast to offer even more connectivity.

With a lack of local 4K content to enjoy on Sony’s TVs, the company has revealed a new handycam to give customers the opportunity to capture their own 4K videos.

The FDR-AXP35 will be available in March and is 30 per cent smaller and 20 per cent lighter than the previous model and has balanced optical steadyshot image stabilisation and 4K 100Mbps high bit rate recording.

At the press conference held on the Sony stand at the Las Vegas Convention Centre was skateboarding superstar Tony Hawk who showed off an action video he shot on the new Sony 4K Action Camera.

It will be available in March and will be priced at $549.