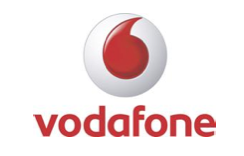 Vodafone has announced a flat rate of global mobile roaming that will help customers avoid being stung by huge bills after their travels.

Now customers travelling to the US, UK and New Zealand will have their roaming costs capped at $5 a day on top of their existing bill charges.

The $5 Roam Like Home offer will be available with a range of new plans Vodafone will unveil in August.

The company can offer this on the strength of its relationship with the Vodafone Group, the world’s largest mobile network which also owns half of the Vodafone Australia business.

“Australians’ love affair with smartphones is well known but an increasing number of customers have been getting caught out by unacceptably high bills when they’re overseas, particularly in relation to data usage,” said Vodafone Chief Executive Bill Morrow.

“$5 a day to use your normal plan overseas is the cost of a coffee in New York, London or Auckland. But it’s hard to put a price on having your smartphone on you to keep in touch with friends and family at home, share your holiday snaps on Facebook and Instagram, or use Google Maps when you’re lost in a foreign city.”

“We’ve begun our simplification of global roaming pricing with New Zealand, the UK and the US, which are the countries that 40% of our customers visit most frequently, making up some 50% of all data usage overseas.

“But our plan is to extend this simple plan to as many countries across the globe as we possibly can.”

Presently Vodafone and other carriers offer data packs for customers but these don’t include calls and text messages.

“Our customers tell us global roaming pricing is confusing, so we want to take the worry out of taking their phone with them when they travel overseas,” Mr Morrow added.

“I am delighted to announce the first step in offering Vodafone customers on our new plans simple, straight-up pricing for consumers and small businesses alike.”

Vodafone changes the way customers are charged for data