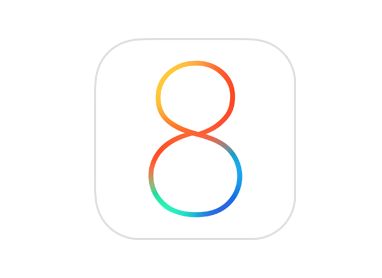 Apple’s new iOS 8 operating system for the iPhone and iPad will be taking more notice of your health and health information gathered by your apps and devices.

HealthKit is a new part of iOS 8 to provide an aggregated look at all of the health information like steps, training results and sleep analysis collected by activity trackers, bracelets and apps.

A separate app called Health can also make it easier to monitor and share your health information with healthcare professionals.

This annoucement plays into the continued rumours about Apple producing an iWatch. With the HealthKit the iPhone could easily share the health information collected by the iWatch.

iOS 8 will also make it easier to control the smart devices in your home with the iPhone or iPad.

Apple wants to create common network protocol and share it with all of the smart device manufacturers.

Now, no matter how many different smart devices you have – you can choose to give your iOS device the ability to activate and operate your connected products.

And now they can also be controlled with Siri so users can execute commands for their smart home set up simply by talking to their iOS device.

Other features on iOS 8 include Interactive Notifications, an enhanced virtual keyboard, a more intuitive predictive text system and Family Sharing.

The updated Mail app work now allows users to work on two emails at once.

You can swipe down on a draft message and put it on hold and then access other messages to copy and paste into the new message draft that then can be restored by swiping up from the bottom of the screen.

The Keyboard has also been improved in iOS 8.

Quick Type is a new feature that supports a smart form of predictive text that intuitively adjusts to the user and they how they write.

Continuity also carries across from OS X Yosemite to create a tighter link between Apple devices.

Messages has also been enhanced in iOS 8. Users can now name their threads, add or remove users in a group email and choose to leave a thread.

It’s also possible to share your location within a message.

Tap to Talk is another new feature that allows users to record audio and send that with an attachment.

On the Enterprise side there is also expanded data protection to make it easier to integrate into a secure network.

Family Sharing makes it easy to share photos, calendars and reminders with the other members of your family.

Users can also look at the content purchases of up to six members of your family whether it’s books, apps, music or movies and access them from accounts linked to the same credit card.

There were also a number of developer tools unveiled to offers even more enhancements to apps being created for iOS 8.

Metal is one of these new developer tools that makes rendering objects in iOS 8 even better and faster which will result in even graphically richer apps and games.

The Touch ID fingerprint reader feature will also be made available to third party apps to allow access to a users protected login and data.

iOS 8 will be available later this year in Spring.