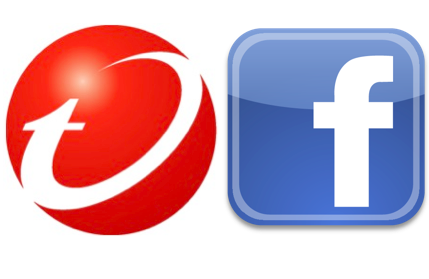 Internet Security company Trend Micro has announced a partnership with Facebook to protects the social network’s millions of users from online threats.

Facebook will integrate Trend Micro’s Smart Protection Network infrastructure which uses cloud technology to detect and stop threats before they reach your computer.

Social networks have become the latest targets for cyber criminals with Facebook themselves subjected to some online attacks.

Facebook users will now had the added protection supplied by Trend Micro’s Cloud security every time a user on a Mac, PC, tablet or smartphone clicks on a link that has been posted on their wall.

This link is examined in real time by Trend Micro’s Smart Protection Network to determine whether it is safe or not before allowing access.

If a link is deemed unsafe, Facebook members will see a warning that the link is a malicious site.

“Now that Facebook is a primary platform for communication, whether you’re nine or ninety-nine, it’s only become a bigger target for cybercriminals,” said Carol Carpenter, general manager, consumer division at Trend Micro.

“This is why we’re thrilled to partner with Facebook to offer an additional layer of protection to users so they don’t have to think twice when interacting with friends and uploading pictures from their weekend.”

“We are thrilled to be incorporating Trend Micro’s Smart Protection Network to Facebook’s existing database of malicious URLs, and the opportunity to offer Trend Micro software to our users,” said Joe Sullivan, chief security officer at Facebook.

“This partnership will better enable us to protect the people who use our service, no matter where they are in the web.”

Users can access this offer through the Facebook’s security page.