The Galaxy Note7 is dead. Samsung has taken the unprecedented step of ceasing production on the embattled product after two recalls and reports of battery fires and explosions.

The company said it will permanently end production after reports surfaced of replacement devices deemed safe by Samsung were overheating and catching fire.

“For the benefit of consumers’ safety, we stopped sales and exchanges of the Galaxy Note7 and have consequently decided to stop production.” the Samsung Australia statement said.

Richard Fink, Vice President IT & Mobile, Samsung Electronics Australia said today: “The safety of our customers is our first priority, which is why we are taking this further step and extending the current recall to all Galaxy Note7 devices, including replacement Galaxy Note7 devices.

“We know our Galaxy Note customers are among our most loyal customers and we sincerely apologise to them.”

Anyone who has either an original or replacement Note7 should power down the device and return it to the place of purchase for a refund or to replace it with another mobile device.

This move comes two months after the Samsung Galaxy Note7 was launched on August 2 in a glittering event in New York which Tech Guide attended.

In early September, the first reports of the device overheating and exploding surfaced and the company began a global recall after identifying a battery cell issue.

Samsung re-adjusted its production to fix the problem and shipped what it thought were safe replacement products.

Customers who opted to stick with the device and replace it were given priority when replacement stock arrived.

But when these supposedly safe replacement devices started overheating and exploding, the company once again withdrew the Note7 from sale before deciding to cease production altogether overnight.

Tech Guide has contacted Samsung Australia for comment and we are awaiting an official statement.

THE BIRTH AND DEATH OF THE SAMSUNG GALAXY NOTE 7

Samsung unveils the new flagship Galaxy Note7 – the company’s most advanced smartphone ever.

The device is also the first to include an iris scanner so it can be unlocked simply by looking at it. 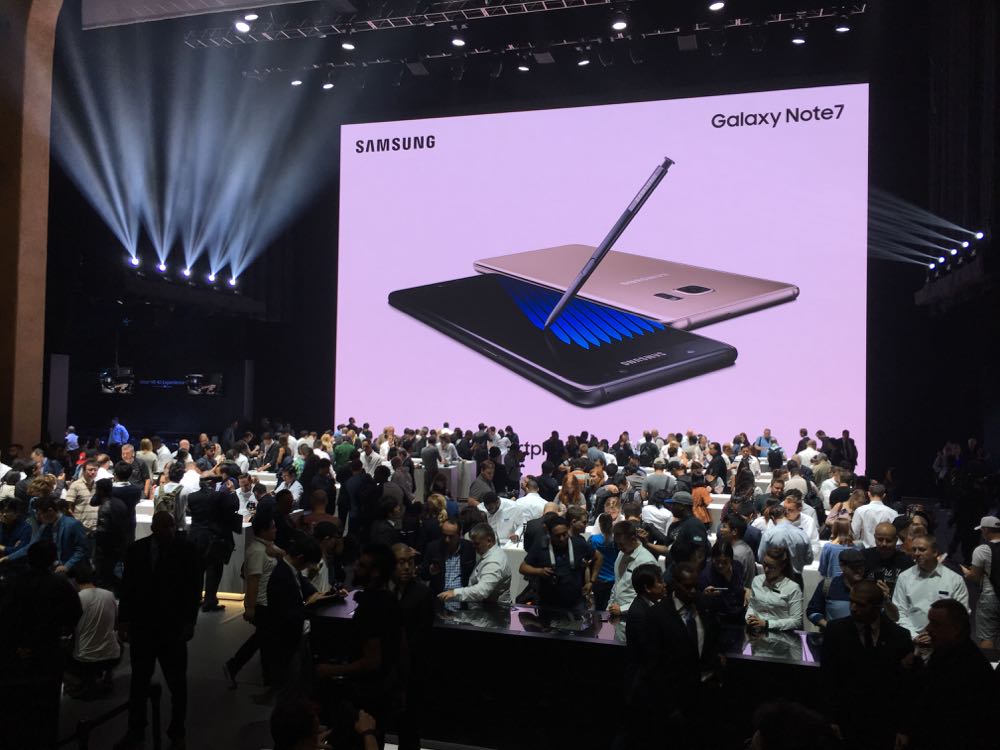 The Note7 is also Samsung’s first smartphone to include a USB-C charging port and it has a 3,500mAh battery.

Tech Guide, in New York for the Note7 launch, has an in-depth hands-on look at the product. 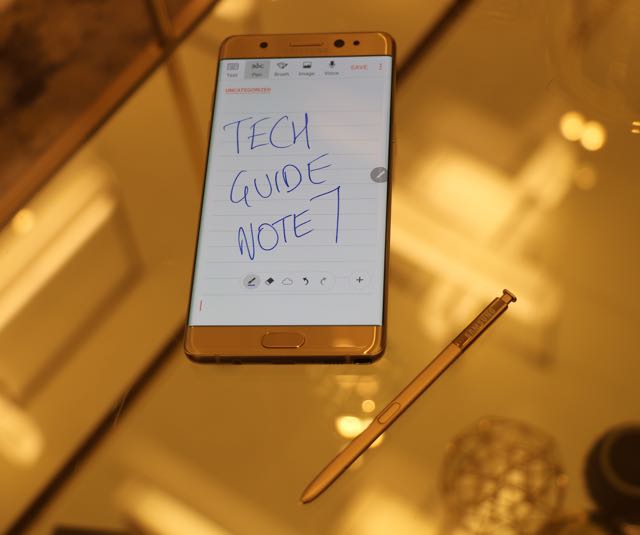 Samsung Galaxy Note7 pre-orders begin in Australia. Customers who pre-order and offered a free 256GB microSD card as a bonus.

Tech Guide publishes its complete review of the Samsung Galaxy Note7 and calls it “one of the most advanced smartphones around”.

The Samsung Galaxy Note7 goes on sale in 10 countries including the US, UK, Korea and Australia.

Samsung confirms a battery cell issue with the Note7 after reports surface of devices overheating, catching fire and exploding.

Samsung issues a global recall of the Note7 and gives customers the option of a refund or a replacement.

Customers who stuck with the brand and opted for a replacement device are given first priority for stock that has been deemed safe by Samsung.

Samsung issues second recall and asks customers to return the Note7 for a refund or replacement handset as they conduct an investigation.

PocJox lets you carry your smartphone in comfort during your workout