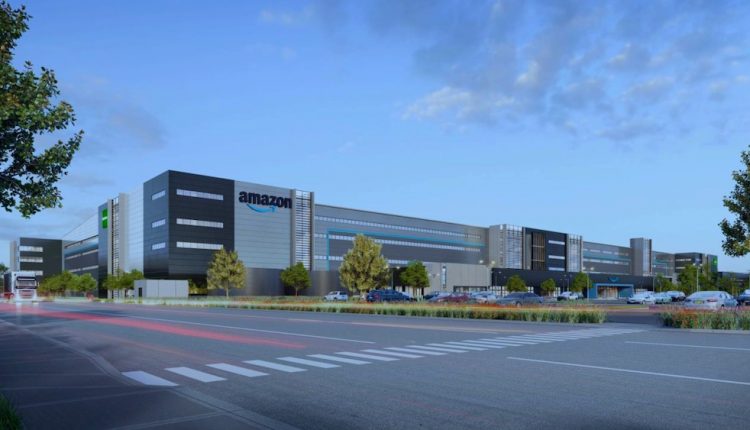 Amazon Australia has announced it will be opening its first Amazon Robotics fulfilment centre in Western Sydney which will use some of the most advanced robotics technology and create more than 1,500 jobs.

Located at the Goodman’s Oakdale West Industrial Estate, the Amazon Robotic FC will be completed in late 2021 and will be equipped with cutting edge technology that will endeavour to deliver a smarter and faster shopping experience for customers around Australia.

It will have a total floor area of 200,000 square metres which about the same size as Taronga Zoo or 22 football fields and will house more than 11 million items.

The advanced robotics will allow Amazon Australia to speed up the order processing time by moving shelves to employees and reducing the time to stow items for sale and pick out the items for new orders.

The technology will also be a space saver and allow 50 per cent more items to be stored per square metre.

Amazon Robotics will be offering a wide range of job opportunities in a high tech workplace in areas including IT, HR and robotics.

There will also be numerous full time roles which will see employees working collaboratively with robots to pick, pack and ship smaller items including books, beauty products, electronics and toys.

The new Amazon Robotics FC will be the second FC facility in Western Sydney and will increase Amazon’s capacity to fulfil customer orders as the business grows in Australia.

“The Amazon Robotics fulfilment centre will more than double our operational footprint in Australia, enhance efficiency and safety for our associates while ultimately providing customers with wider selection and faster delivery.” said Craig Fuller, Director of Operations, Amazon Australia.

“We look forward to creating more than 1,500 jobs, the majority of which are permanent full time jobs, with the opportunity to work alongside advanced robotics to deliver the ultimate in service for customers.

“This investment will also benefit the 10,000 plus small & medium sized businesses who utilise Fulfilment By Amazon to seamlessly service customers across the country.

“We remain committed to enriching and giving back to the local communities and look forward to working with the Council and local schools and groups to contribute and support the community around our new facility in a meaningful way.”

“This new centre, once up and running, will create more than 1,500 jobs in addition to 700 construction jobs at a time when we need them most,” Ms Berejiklian said.

“Amazon’s decision to locate its first robotic centre in the southern hemisphere right here in Western Sydney is another great example about what the future holds.”

Fast facts about the building:

– The total floor area of the building is around 200,000 sqm – around the same land size as Taronga Zoo or 22 rugby fieds.

– More than 200,000 nuts / bolts will be used for the erection of the structural steel frame.

– Globally, we have more than 175 fulfillment centres and more than 40 sort centres

– Amazon currently uses the help of more than 200,000 robotic drive units around the world

– More than 1,000 Robotic Tech Vests have been activated in FCs around the world to help keep our people safe

– Since introducing robots in 2012, approximately 300,000 full-time jobs have been added by Amazon globally, disproving the misconception that machines are replacing humans in the workforce.

$51bn NBN completed at a cost of $4,500 per premises but we’re lacking Gigabit speeds