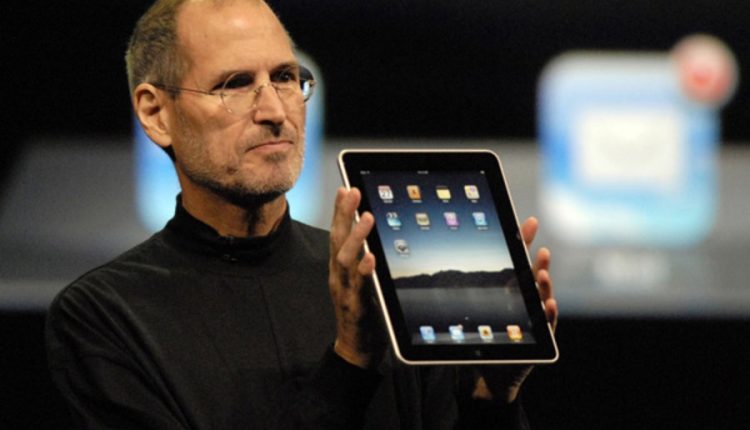 10 years ago today in San Francisco, Steve Jobs introduced the world to the iPad. It was a truly historic occasion in the technology world and I’m proud to say I was there to witness it.

There had been an unprecedented amount of rumours and speculation ahead of the event. 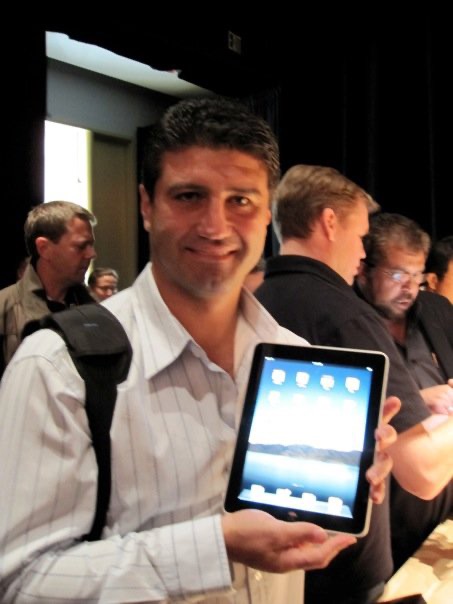 Back then, Apple could keep their upcoming products completely under wraps and the iPad was a great example of that amazing secrecy.

Today that’s not so easy with every iPhone for the last five years being leaked from the now much larger production ecosystem ahead of launch.

The iPad event was held at the Yerba Buena Centre for the Arts – a relatively small venue that seats about 300 people. 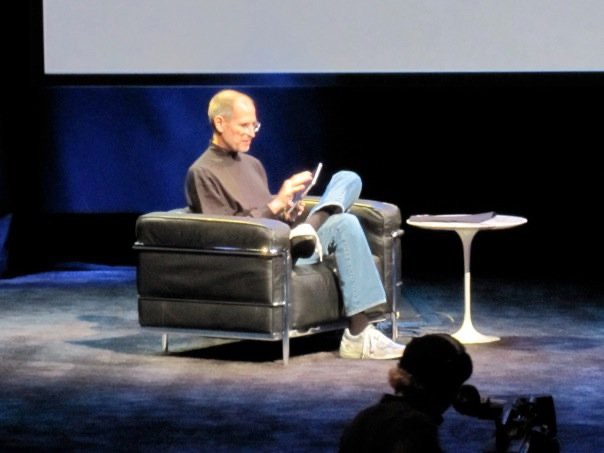 I’d been to this venue a few times for other Apple events including iPod and iPhone launches.

As usual, Apple had dressed the outside of the building with colourful banners with the Apple logo and what looked like splashes of paint.

I was working for the Daily Telegraph and News Limited at the time – it was actually less than a year before I would go out on my own to launch Tech Guide. 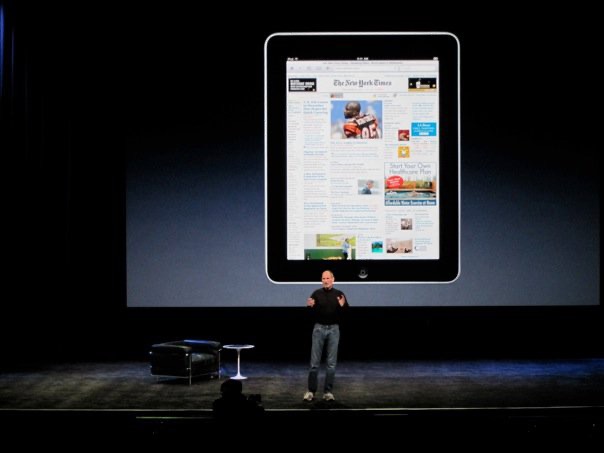 I received the invitation from Apple shortly before the event and it said: “Come see our latest creation”.

At the time Apple was riding high after its original iPhone launch less than three years earlier.

The company was experiencing a tremendous growth period and it would double down with another huge product with the iPad.

Netbooks were becoming popular at this time – this little mini laptops that offered customers easier mobile connectivity with a screen larger than the small smartphone screen. 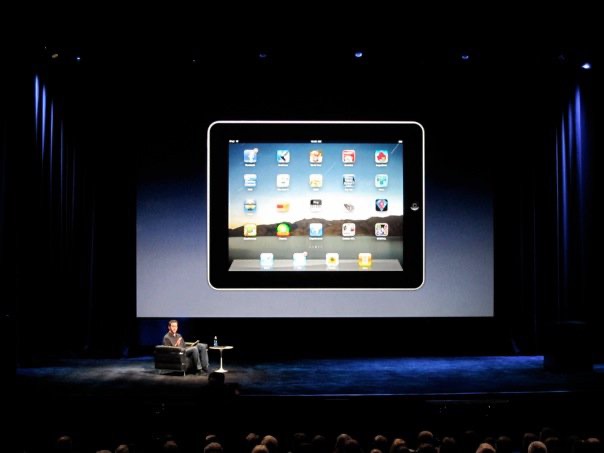 Steve Jobs famously dismissed the netbooks in his iPad keynote saying they weren’t good at anything. And he was right. The iPad wiped them all out.

Jobs was in the latter stages of his cancer treatment and was looking quite thin but he still nailed the presentation in his typical passionate and charismatic style.

I had the honour of watching Steve Jobs on stage several times and the introduction of the iPad would be up there with one of his best presentations.

After the presentation there was a hands-on area for us to get up close and touch and feel the new iPad.

It might look clunky by today’s standards but at that time the iPad was a sleek device that provided a convenient way to access our content.

By this time I had already written my report on the historic announcement which was published immediately on news.com.au.

But if seeing the iPad for the first time wasn’t a big enough thrill – I got to stand next to Steve Jobs while he was talking about the iPad with famous Wall St Journal tech columnist Walt Mossberg and a couple of other US tech journalists – and little old me!

The iPad was another game-changing device from Apple and, like the iPhone, one that was going to be replicated by other companies. 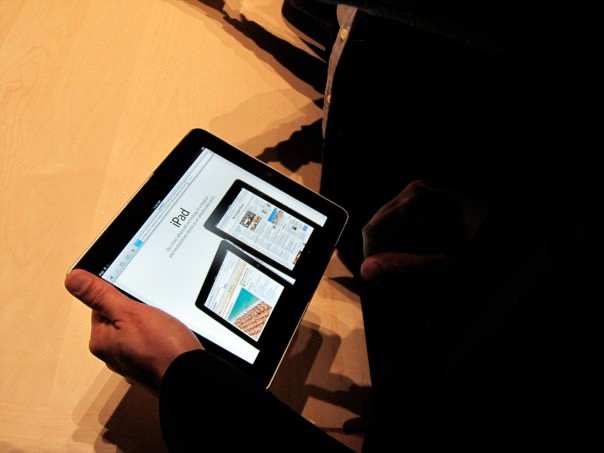 The tablet market exploded after the release of the iPad and Apple still dominates the market. In fact to this day, a tablet is still referred to by most people as an iPad.

The iPad in the last decade has naturally evolved into a more powerful product that can now be a serious consideration as a versatile laptop replacement.

The following year, in 2011, and now as editor of Tech Guide – I was pleasantly surprised to be invited by Apple to the iPad 2 launch held at the same venue as the original iPad event. 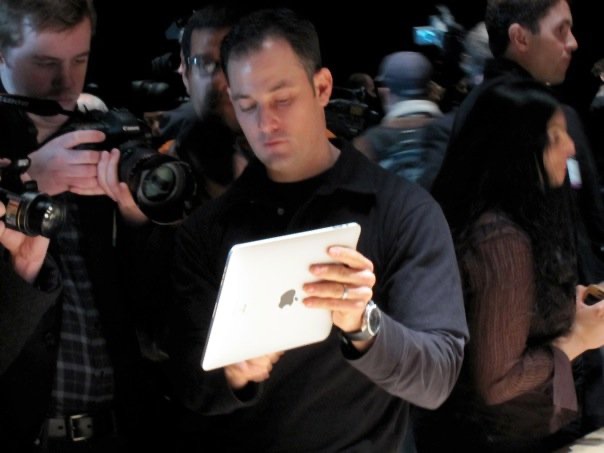 But the biggest surprise was seeing Steve Jobs, looking thin and frail from his pancreatic cancer treatment, get up on stage to present the follow up iPad with his trademark enthusiasm.

To me, that was as big a story as the product itself. That was in March 2011 and sadly Steve Jobs would lose his battle with cancer a few months later In October. 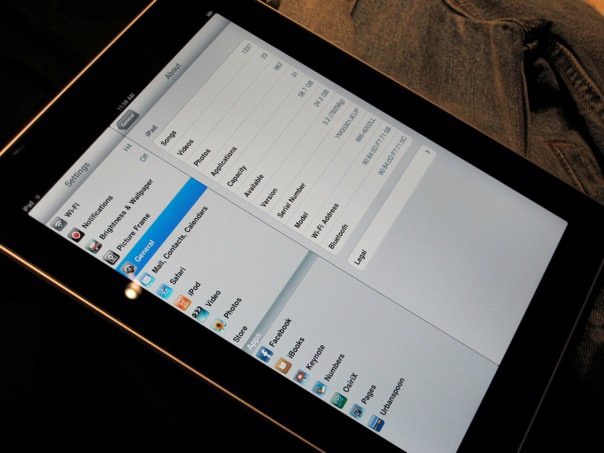 The iPad, like the iPhone, were part of Steve Jobs’ legacy and the products that would set Apple on a course of unprecedented success.

Today the iPad remains one of the most popular products in the Apple portfolio. 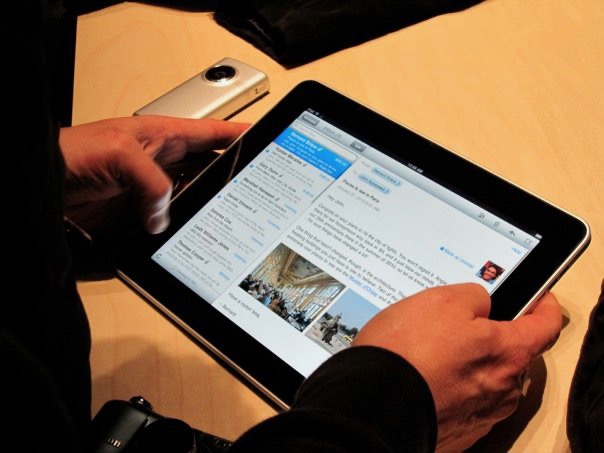 Apple Pencil was introduced for the iPad Pro in 2015 despite the fact Steve Jobs said at the original iPad launch 10 years ago there would never be a stylus for the iPad because we were all born with 10 of the best styluses we would ever need.

Looking ahead we could see the latest iPad as early as March with the big rumour that the iPad Pro will have a triple lens camera like the iPhone 11 Pro.