Apple’s new generation of stores are not just a place where you can buy the company’s latest products –  they’ve become gathering spots for the local community and a way to create a deeper connection with the city.

Tech Guide took a tour of the recently opened Chicago Apple Store on Michigan Avenue, located between Pioneer Court and the Chicago riverfront.

Apple already has plans to create a similar store in Melbourne’s Federation Square.

The new Chicago Apple Store is completely surrounded by glass and links Pioneer Court with the Chicago River with granite (sourced from China) staircases on either side of the store.

Apple’s intention was to create a structure that didn’t block the view and that could also bring the outside in.

To achieve this Apple created the entire see-through structure using 9.75m glass facades. The corners of the building use the world’s tallest curved glass panels. 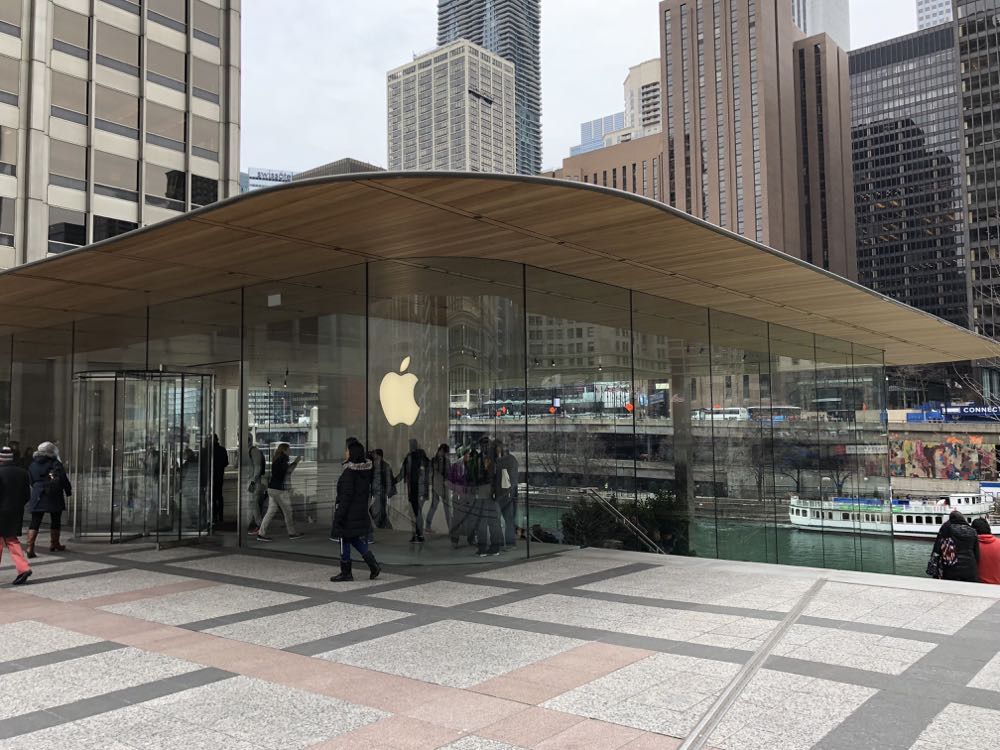 The building’s thin carbon fibre roof, which is said to resemble the lid of a MacBook, was custom-built piece by piece by a Dubai yacht maker.

The whole structure is held up by just four interior pillars which include supports made from the same Italian limestone used at company’s Apple Park headquarters in Cupertino. 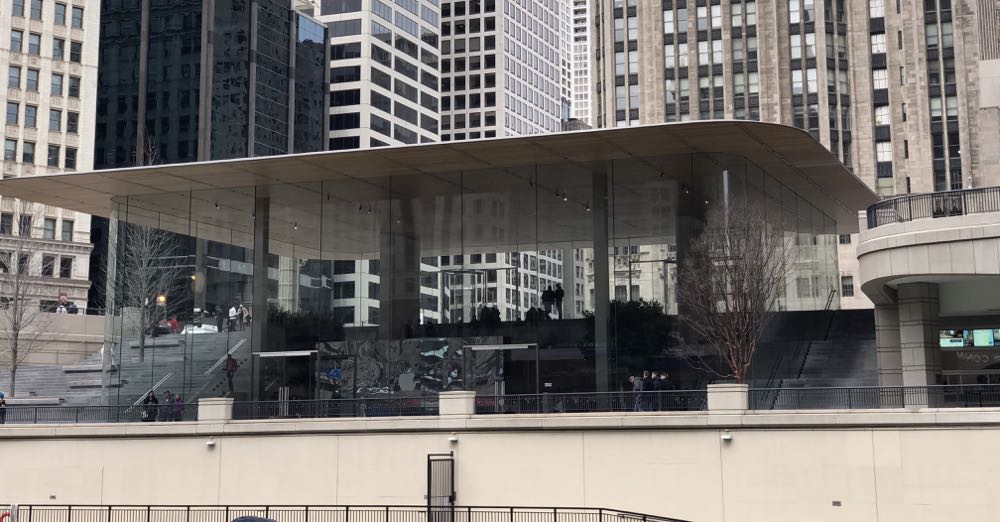 From the outside of the building, you can’t actually see the store. The most prominent feature is a staircase leading down to the riverfront.

“Apple Michigan Avenue is about removing boundaries between inside and outside, reviving important urban connections within the city,” said Jony Ive, Apple’s chief design officer. 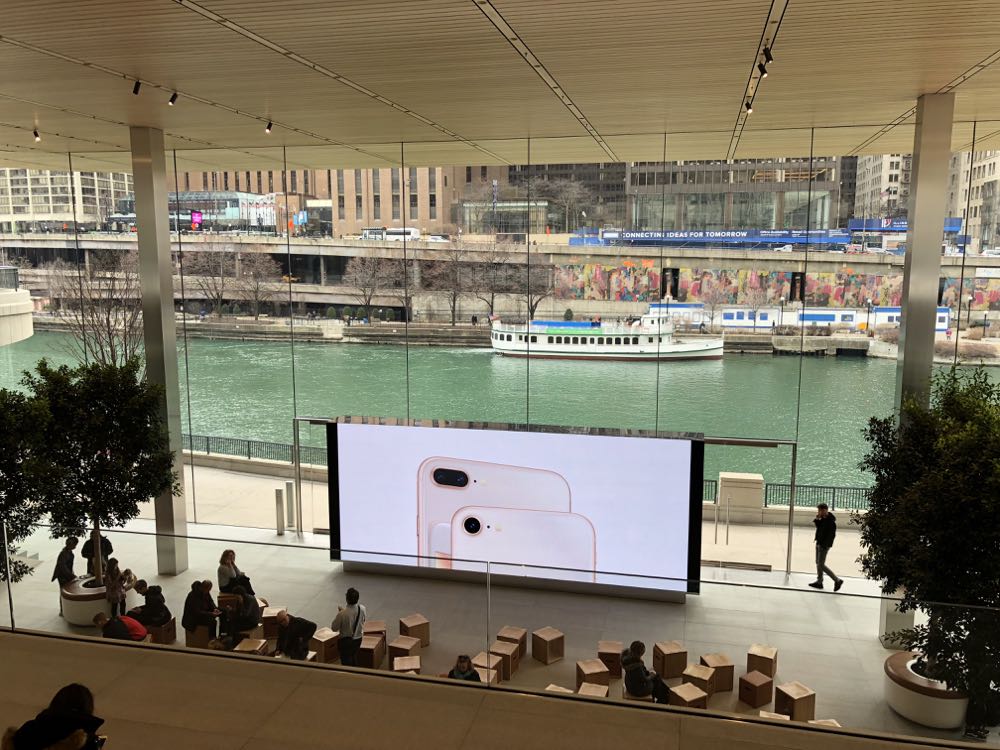 “It unites a historic city plaza that had been cut off from the water, giving Chicago a dynamic new arena that flows effortlessly down to the river.”

There is padded seating at the top section which is used by Apple to help customers set up products they’ve just purchased and for Genius troubleshooting appointments. 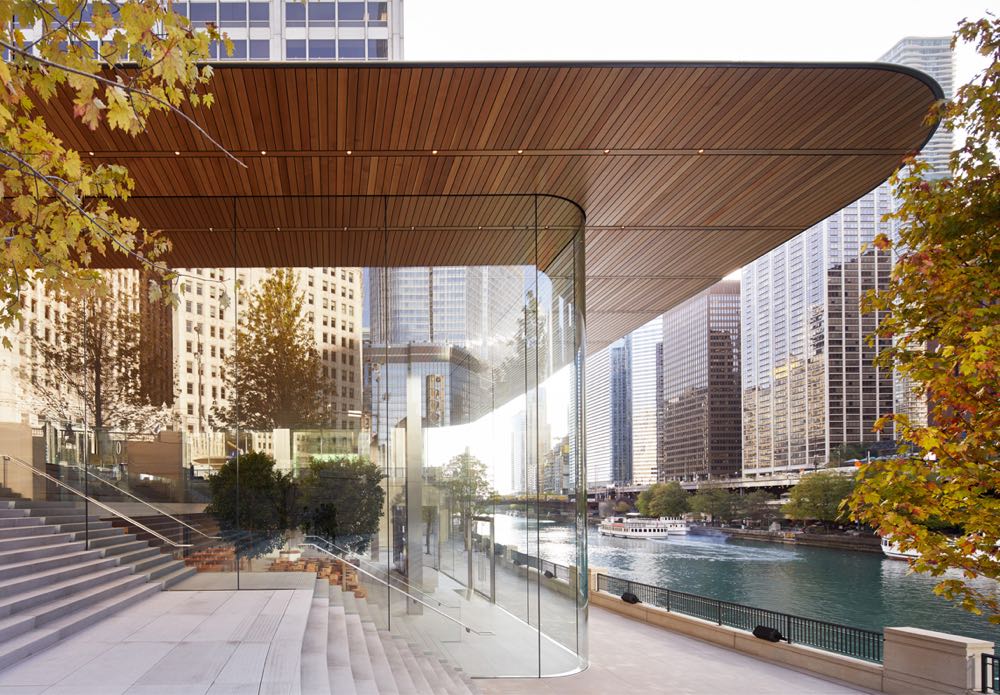 Also inside is a completely glass elevator built on site and using a special piston system so the mechanics are located below the elevator instead of above it as would be the case with a regular lift. 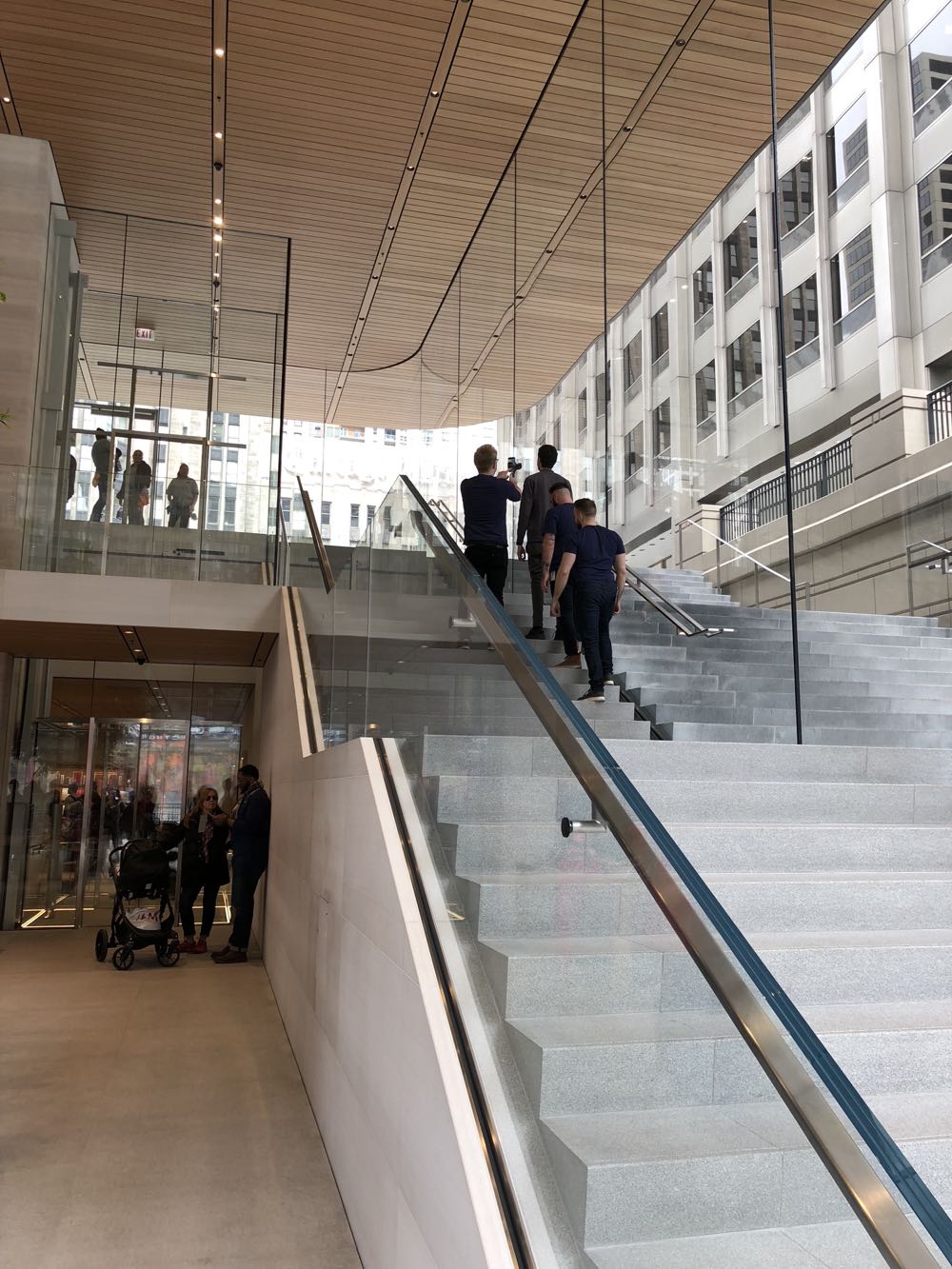 The lower section has a forum area which hosts the Today at Apple sessions for customers.

The Apple Store section itself is actually built into the staircase and includes the trademark timber tables showcasing the company’s lineup of products. 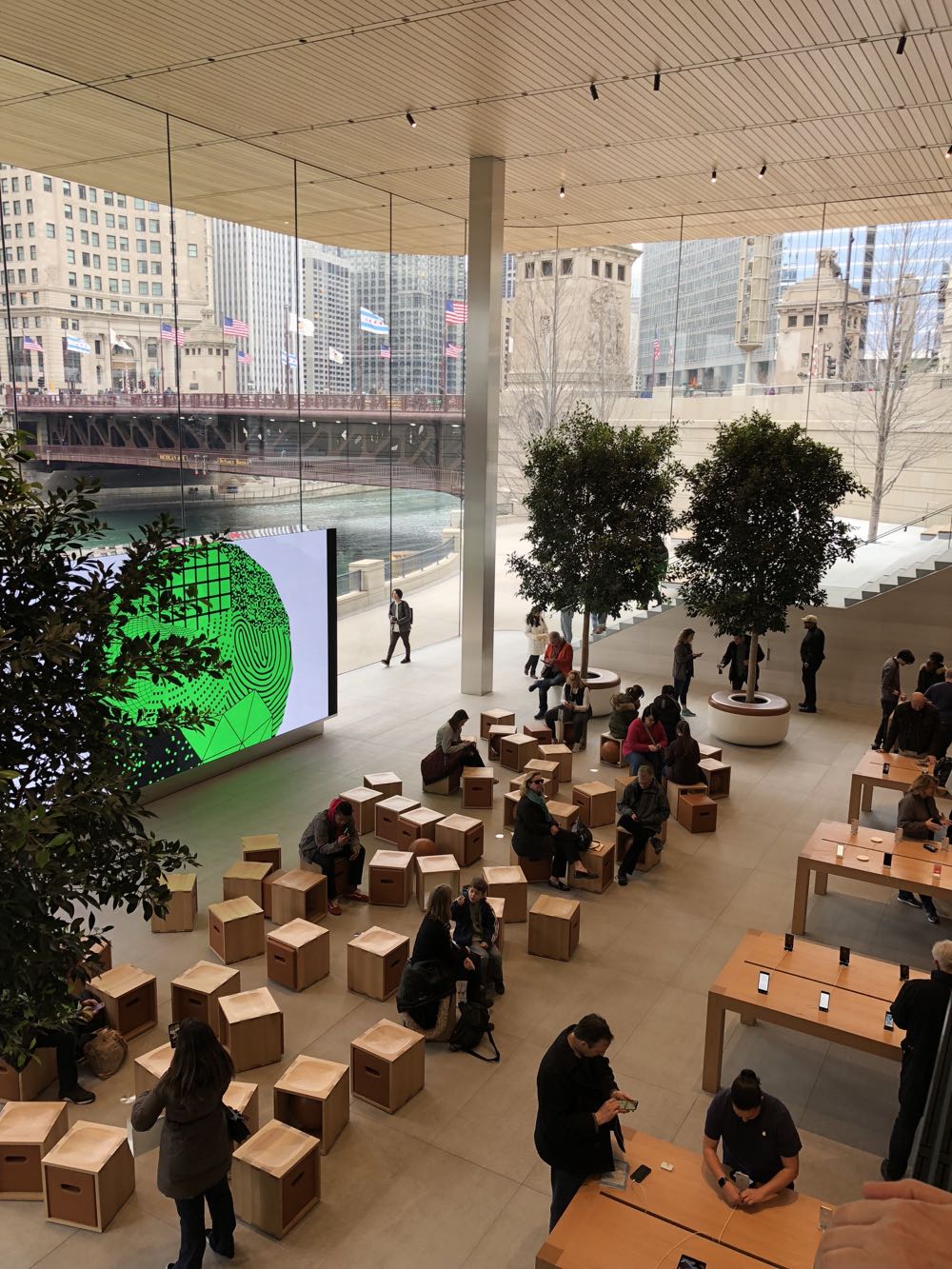 On either side are the avenues which have a wide range of accessories on display. 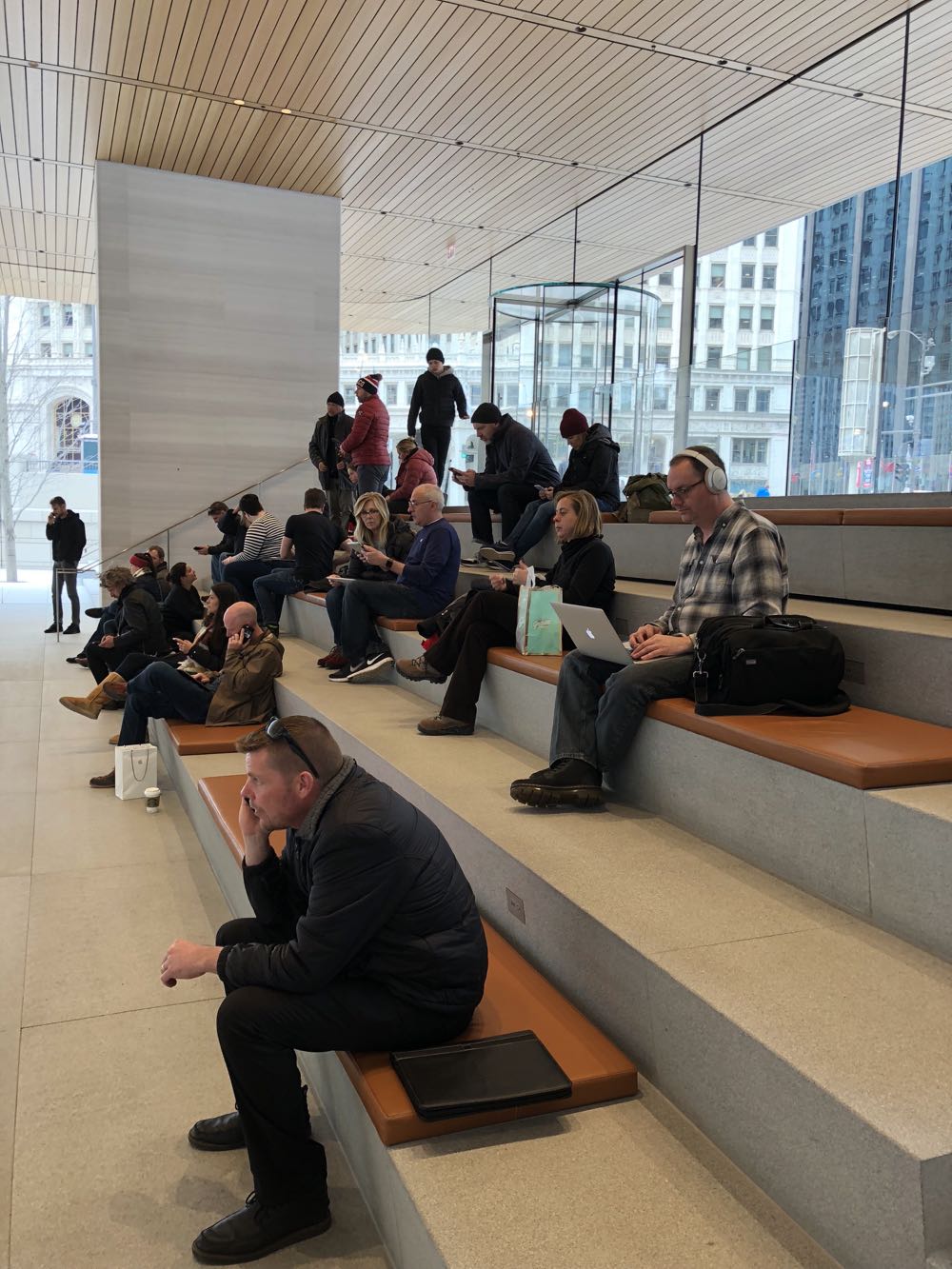 The first Australian store to adopt Apple’s new design and layout was Chadstone in Melbourne. 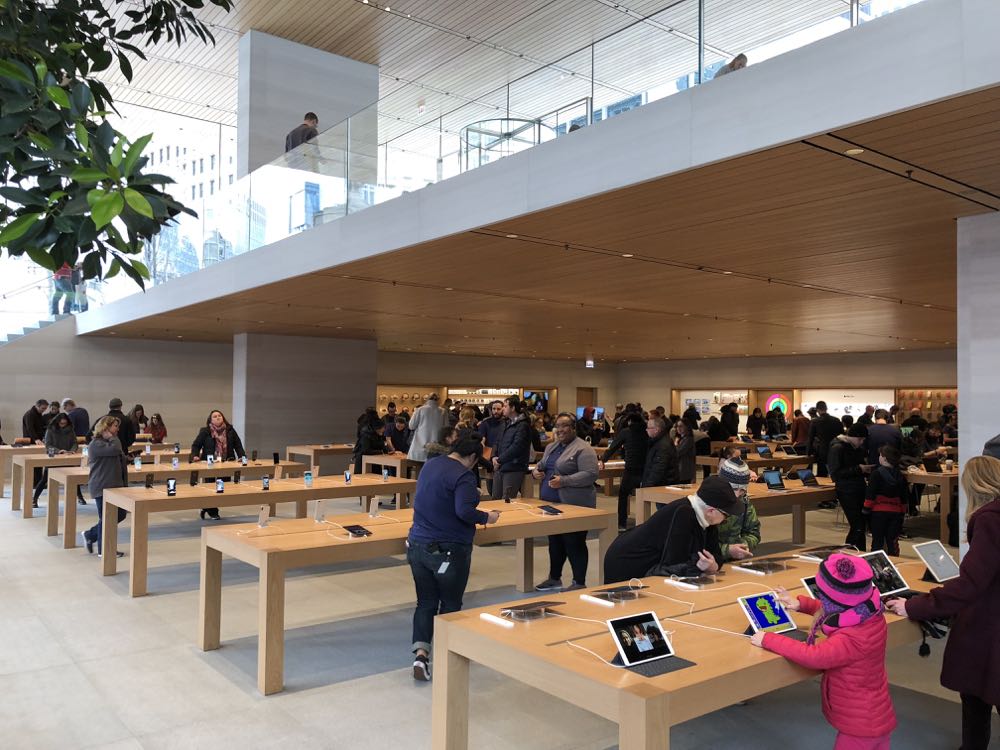 It will replace the iconic southern building with a two-storey design and provide more space to the public.

The project is expected to commence in 2019.