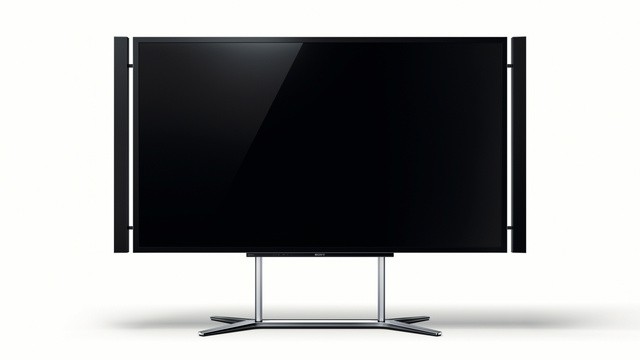 Sony kicked off its IFA showing in Berlin by unveiling its new 4K 84-inch Bravia TV plus a new line-up of tablets, laptops and even more Xperia smartphones.

The 84-inch Bravia TV has 4K resolution of 3840 x 2160 – or roughly four times the resolution of a regular full high definition television.

Also on board Sony’s giant hi-res TV is an upscaler which can convert existing Blu-ray movies and other full HD content up to 4K.

While there is virtually no 4K content available to buy at the moment it won’t be long before the movie studios – who supply their films to digital theatres in 4K – will begin offering these latest releases in a special 4K format.

Tech Guide had a first hand look Sony’s 4K projector and if the new 84-inch TV can handle 4K and upscaling as well as the projector then it will definitely be worth looking at.

Word is Sony will also reveal an OLED TV at IFA which will compete against similar products from Samsung and LG.

Sony has also updated its Vaio family of products.

The Tap 20 is essentially a 20-inch Windows 8 tablet which can be used either laying flat on a table or at an angle using the included stand.

It also has a built-in rechargeable battery so it can be carried around the home as well as multi-user apps that can be enjoyed by the whole family.

Also included will be a wireless keyboard and mouse so it can be easily set up in desktop all-in-one PC mode.

Another Vaio product introduced by Sony ahead of IFA is the Vaio Duo 11 – a hybrid tablet/laptop Windows 8 device.

It has a keyboard which can slide underneath the screen and out of sight when the owner wants to use it as a tablet.

It is powered by an i3 Intel Core processor and also has two USB 3.0 ports, Bluetooth and a 128GB SSD (solid state drive).

The Xperia T, which will be featured as James Bond’s personal device in the latest film Skyfall, is Sony’s flagship model with a 4.6-inch high definition Reality display with Sony’s Bravia engine and a screen resolution of 1280 x 720.

Sonly has also extended the Xperia name to the tablet range.

The Xperia S Tablet 10-inch Android still features the fold-over design but a little thinner and sleeker than the previous model.

It is running Android 4.0 and is powered by an NVIDIA Tegra quad core processor.