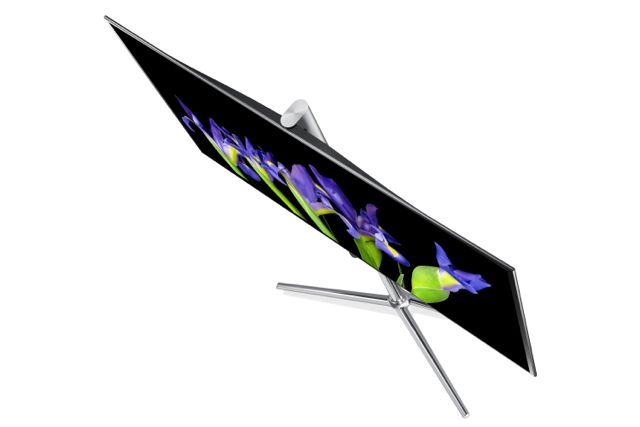 Samsung has introduced its 55-inch OLED TV which offers razor thin design, amazing picture quality and the ability to watch two programs at once on the same screen.

The result is an incredibly thin TV with contrast and black levels that easily surpass even the latest LED screens.

OLED also produces 20 per cent richer colour than that seen on LED TVs.

The OLED pixels that emit their own light are also faster regular LED pixels which means it is ideal for viewing all types of content including sport and action movies.

But the real game-changing feature of the new Samsung OLED TV is Multi-View which means two people can watch two different shows on the same screen at the same time.

Multi-view utilises 3D technology but instead of creating an image for the left eye and image for the right eye it creates a different program for each eye.

The glasses, with two right lenses or two left lenses, then allow the user to see one of these generated programs and hear the associated sound through the earphones within the glasses.

Also onboard is a retractable camera for complete voice and gesture control plus full HD 3D capability.

The Samsung 55-inch OLED TVs will go on sale in Australia before Christmas and are expected to be priced below $10,000.

* Stephen Fenech travelled to Berlin as a guest of Samsung.