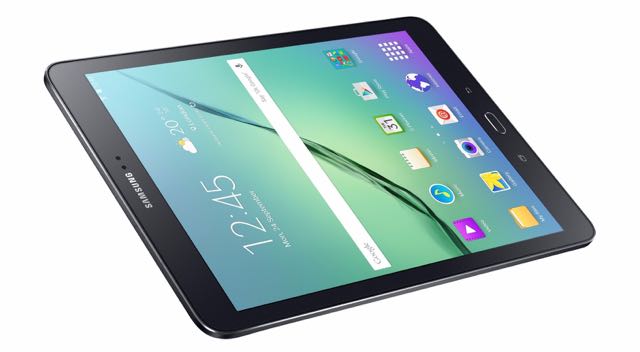 Samsung’s stunning Galaxy Tab S2 is the world’s thinnest and lightest tablet. And if that’s not enough it also has a truly dazzling Super AMOLED display to give users a crystal clear view of their content, websites and apps.

Available with an 8-inch or 9.7-inch display, the device is just 5.6mm thick but you really have to hold it in your hands to appreciate how thin it actually is.

We had the 9.7-inch 4G LTE version of the Samsung Galaxy S2 for our review.

The Tab S2 has a metal edge finish with thinner side bezels compared to the top and bottom of the screen and looks a bit like the iPad Air 2. 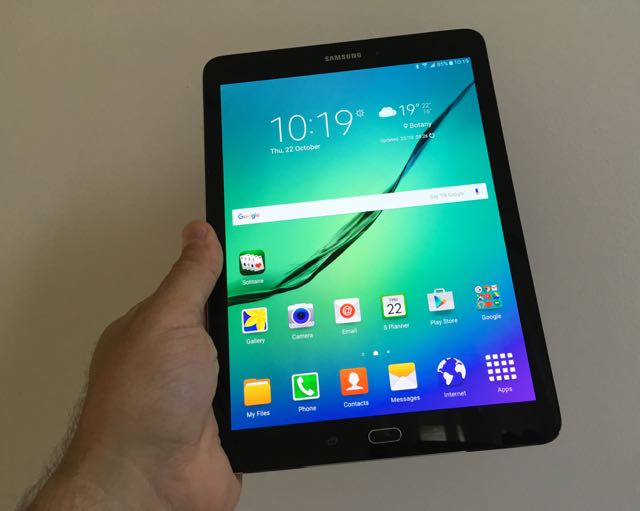 And even with the Samsung clip-on cover, the device is still thinner than a lot of other regular tablets.

Back to that screen, the Super AMOLED display has a resolution of 2054 x 1534 with a pixel density of 320ppi (pixels per inch).

It is capable of displaying more than 16 million colours and not only makes pictures and videos pop but also makes text look sharper than ever and even easier to read.

But all of this beauty is backed up by brains as well. 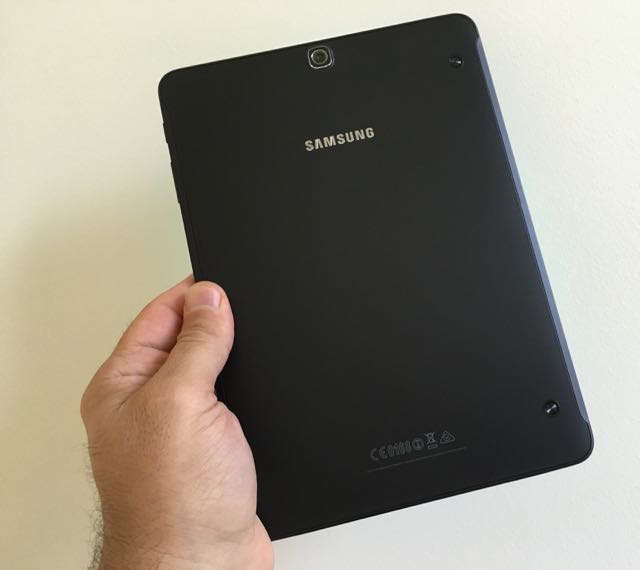 The Samsung Galaxy Tab S2 has an octa-core processor (made up of a 1.9Ghz and 1.3Ghz quad-core processors) and 32GB of internal memory and 3GB RAM.

With this sort of power, the Tab S2 can be a work horse as well as a show pony.

It does come preloaded with Microsoft Office applications like Word, Excel, PowerPoint and OneNote along with 100GB of storage on the OneDrive cloud service. 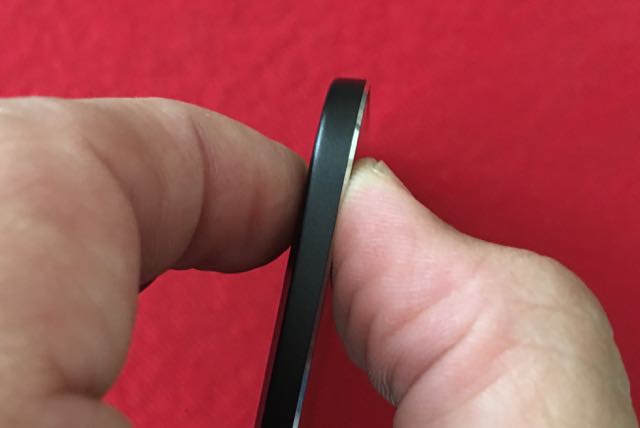 On the multi-tasking front, it’s easy to split the screen in two and have apps running in each window at the same time.

Doing more at once helps get your work done faster so there’s more time to enjoy that incredible screen with your favourite games, apps, movies and TV shows.

Another cool feature of the Tab S2 is screen mirroring and Wi-Fi Direct that allows users to replicate what’s on the screen on to a compatible TV.

Also onboard is 8-megapixel camera that’s not likely to be your go-to camera but that can snap some decent pictures when you need to.

Samsung has improved it since it was introduced a couple of years ago but it’s not as accurate or responsive as the Touch ID on Apple’s devices.

On the battery side, the Samsung Galaxy Tab S2 is a victim of its own form factor. 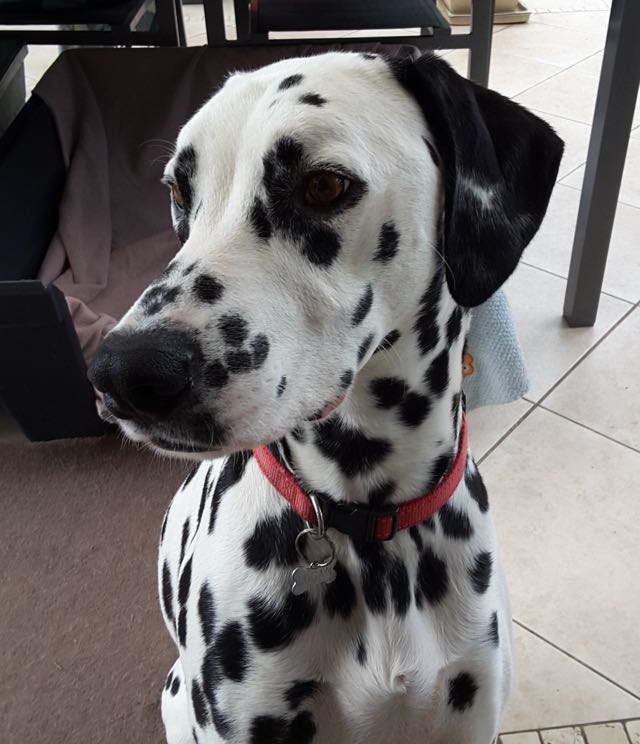 Yes, it’s great that the device is so thin but the downside of that is you can’t fit a larger battery on board.

As a result, we got about seven and half hours of use – which is still pretty impressive – before we needed to recharge.

But that’s short of what you get with other tablets like Sony Xperia Z4 tablet and the iPad Air 2 which are both pretty thin as well.

Another thing we wondered about was weather this device should be compatible with Samsung’s S-Pen to draw on the screen. 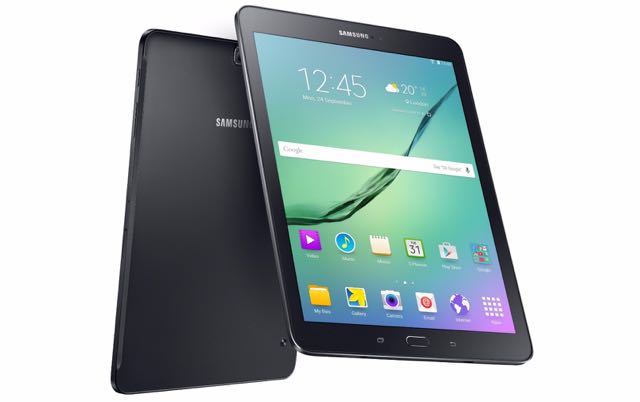 The screen is so sharp and gorgeous we thought there would be plenty of users who would want to take advantage of that for drawing and sketching.

If writing and drawing on the screen is what you’re after, Samsung has the Galaxy Tab A which has the S-Pen but an inferior screen when compared to the Tab S2.

The Tab S2 is too thin to fit in an S-Pen in the device anyway but we think it should be offered as an accessory so users have the option.

The Samsung Galaxy Tab S2 is a head-turning tablet that looks as good as it performs with features on board that will make it an excellent companion for work or play.