The Samsung Galaxy S6 edge – with its curved screen edges – got most of the attention when it was released recently but the Galaxy S6, which was launched at the same time, deserves plenty of accolades as well.

The follow-up to the Galaxy S5 has taken giant leap forward in terms of design and features.

It has a stunning 5.1-inch Super AMOLED Quad HD screen and is powered by an octa-core processor – made up of a 2.1Ghz and a 1.5Ghz quad core processor – and is running Android’s Lollipop 5.0 operating system.

On the design side, Samsung has made its biggest departure from usual look and feel of the previous Galaxy S models. 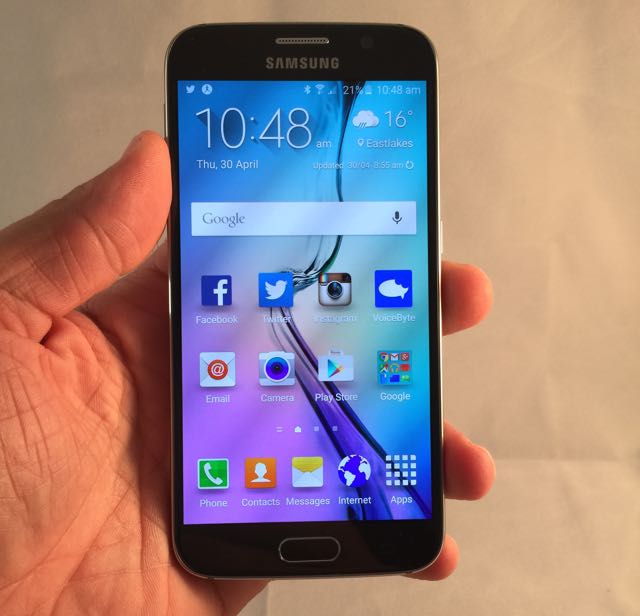 The plastic materials and flimsy texture have been replaced by high quality metal and glass to give the product a more premium feel.

S6 has rounded metal edges with volume keys down the left edge and the on/off/lock key and nano SIM card tray on the right edge. 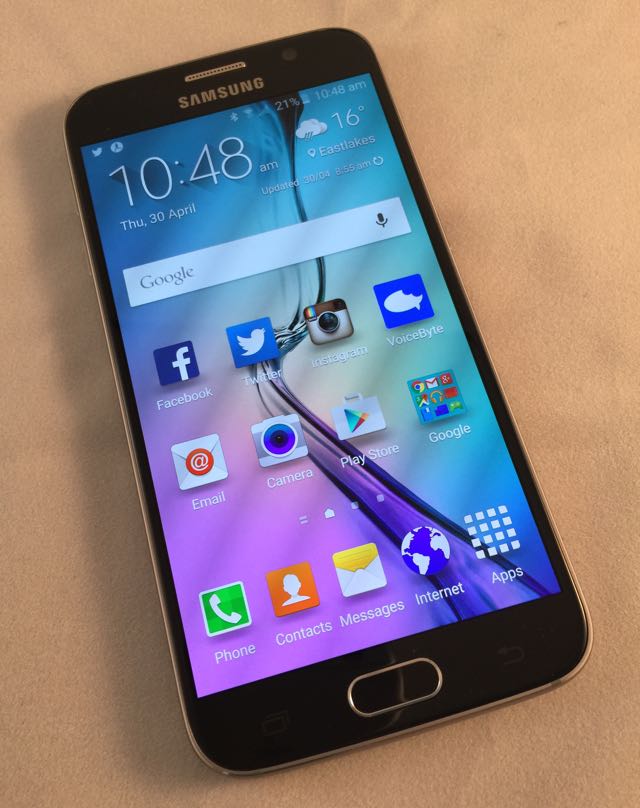 The bottom edge is a dead ringer for the iPhone 6 with the same headphone, charging port and speaker holes drilled out of the metal.

The device is just 6.8mm thick and you can’t appreciate just how thin that is until you get it in your hands. 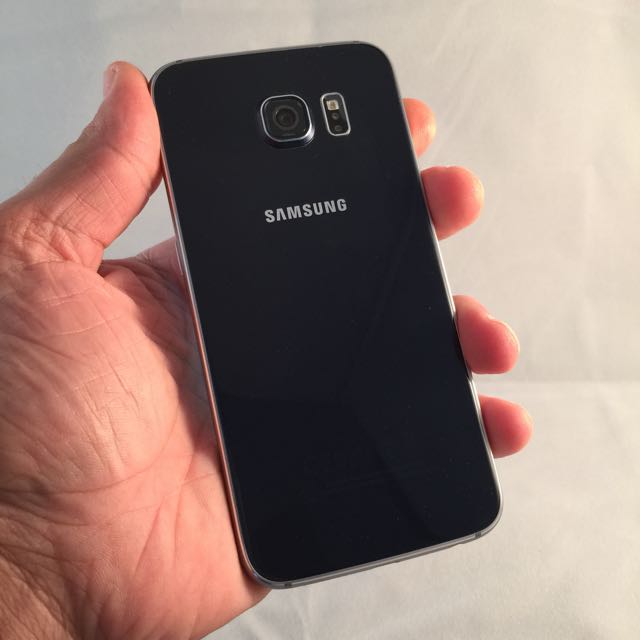 While the Samsung Galaxy S6 looks great from the outside, it has also got a few improvements on the inside as well.

For a start the fingerprint reader on the home button has been greatly improved.

Quite frankly the reader on the Galaxy S5 was rubbish. Users had to slide their finger exactly down the middle of the button to be recognised. We were so frustrated we turn it off and went back to a four-digit passcode. 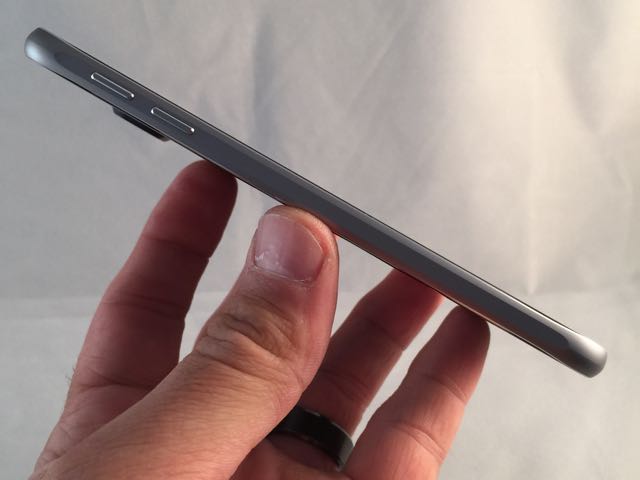 But with the Galaxy S6 it is much, much better and almost as good as the fingerprint reader on the iPhone.

In fact, the process of setting up your fingerprints on the S6 is almost identical to process on the iPhone.

The camera has 16-megapixel resolution and, like the camera on the S6 edge, takes brilliant pictures. There’s also a 5-megapixel front facing camera as well.

There’s a built-in health app as well that measures your activities and even measure your heart rate simply by placing your finger over the flash on the back of the device.

Battery is one of the first considerations for customers when they are weighing up a smartphone purchase.

The good news with the Galaxy S6 is that not only does it have a battery that will sail through the day but it also charges up really fast as well.

When you connect the charger you will also see how long it will take to achieve a full charge.

For the first time the Galaxy S6 is a sealed device which means you can’t access the battery.

One other thing the S6 doesn’t have is a microSD card slot. Instead customers can choose their built-in memory capacity – another leaf taken out of the iPhone book – with options for 32GB, 64GB and 128GB. 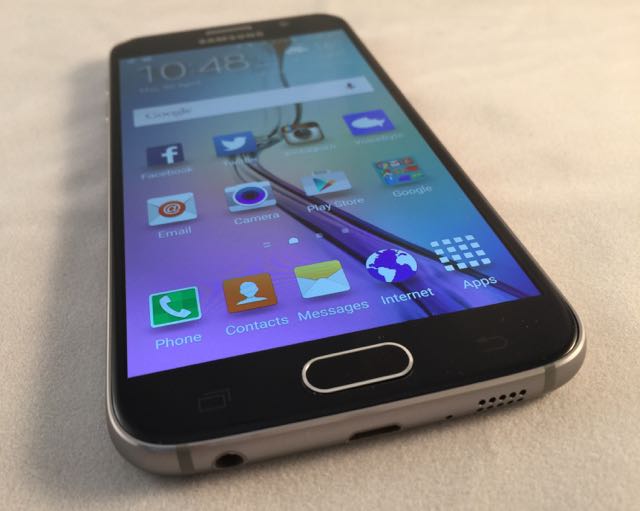 This could be a deal-breaker for some potential customers who would much rather bring their own memory card instead of paying for Samsung’s additional memory.

The Samsung Galaxy S6 is a well-designed and feature-packed device that has an all-new level of design and quality.

It is a vast improvement over previous models and should be one of the first choices if you’re looking to buy a premium Android smartphone.