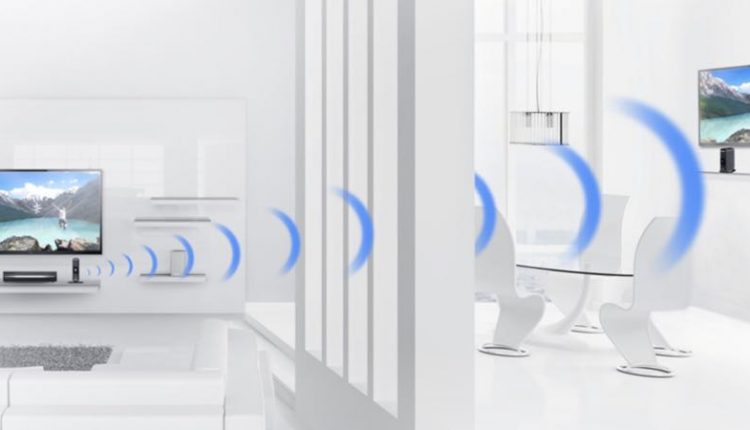 Being able to watch the same source on two TVs takes a fair bit of work to organise but a new wireless product from One For All makes that usually difficult task a whole lot easier.

The Wireless HDMI Sender makes it possible to stream the output of one source to another TV in your home.

You might want to watch a movie on your bedroom TV or catch the football by the pool.

Or you want to locate sources at the back of the room away from the TV but don’t want to run any cables between them.

You might also want to mount a projector on your ceiling to create a big screen home theatre experience but hate the idea of snaking cables up the wall.

The One For All HDMI Sender can come to the rescue and take care of these situations and stream in full high definition resolution. 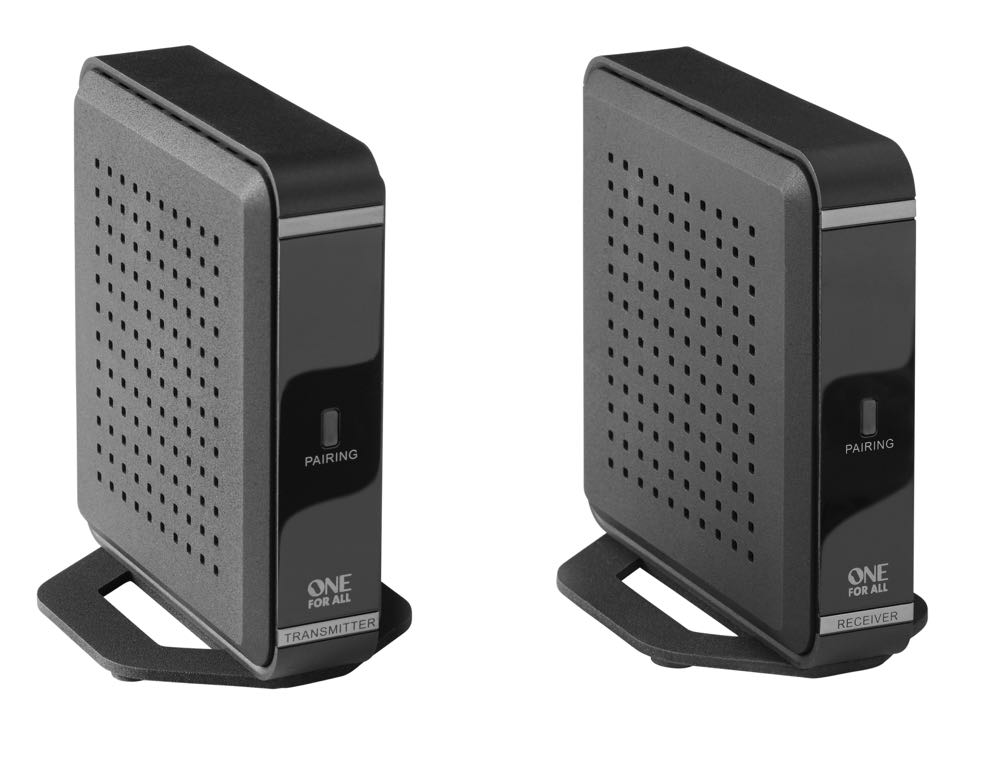 The device comes in two parts – a transmitter and a receiver – and they talk to each other using the 5Ghz wi-fi frequency. Each unit requires power so you’ll also need a nearby power point for both.

Each is quite small (they’re less than 9cm wide) so it’s not going to look too obtrusive beside your TV or near your sources.

The One For All HDMI transmitter is connected to the source you want to share. For our review, it was our Foxtel iQ3 located in our office.

We connected the iQ3 to the HDMI IN port and connected another cable from the HDMI OUT port to the TV.

We then saw the Wireless sender screen appear as it was scanning for the signal and a few seconds later it was connected.

The signal was now passing through the transmitter from the source and to the TV.

Now we took the One For All Receiver and connected it to the other TV where wanted to send the signal.

It was just a matter of hooking it up to power and connecting the HDMI from the receiver to a free HDMI port.

In our case, we chose the TV down the hall from the transmitter.

Once the receiver was switched on and we flicked the TV to the HDMI input we saw the same screen as we saw on the transmitter.

After about 20 seconds the signal from the Foxtel iQ3 was now on the TV and in full high definition quality.

That’s a pretty easy set-up. The transmitter and receiver connected automatically. We didn’t even have to press a button to pair the units.

They just found each other and worked.

The signal quality was excellent and the stream was smooth – for the most part.

One For All says the HDMI Sender will work up to 30m apart when the transmitter and receiver have a direct line of sight.

If you don’t have line of sight, like we did, it will work through a wall or two when the units are 10m apart.

We were just on the 10m limit and had a wall separating the receiver and tuner.

For us the stream between the One For All HDMI Sender worked 98 per cent of the time. There were times every few minutes when the picture would freeze for half a second as the stream was buffering.

But it was barely a distraction and definitely not a deal breaker.

If you’re streaming a gaming console there may be some lag because of buffering if you’re outside the ideal parameters.

If you’re playing a fast game or playing online, it might not be ideal unless you can set it up inside the set-up distance limits. 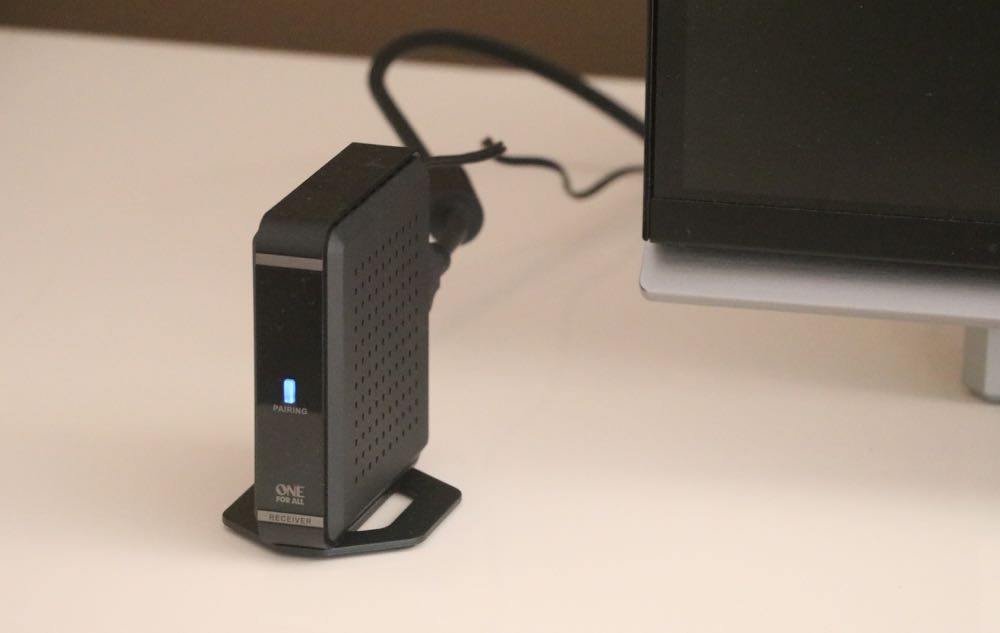 Yet it doesn’t end there. The One For All HDMI Sender comes with Infrared target so you can also use your remote control out where your receiving the signal from original source.

The IR target which is connected to the receiver takes the signal from the remote and relays it back to the transmitter where the other half of the IR target is connected and placed near the source.

This way you’ve got complete control of the source’s functions as if you’re sitting in the same room with the remote.

Priced at $599, the One For All HDMI Sender is not cheap. For the price, you might have expected it to include a couple of HDMI cables. It doesn’t – HDMI cables are not included.

If you’re just looking to replicate a source it would be cheaper, in some cases, to buy a second Blu-ray Disc player, gaming console or set-top box.

One For All HDMI Sender

The One For All HDMI Sender is an ideal solution to stream a source to another TV or to send your source signals to a wall-mounted TV at the other side of the room or a ceiling mounted projector. But check you’re within the parameters to ensure you have a good experience.

One For All HDMI Streamer

PROS: Really easy to set up, excellent picture quality, can also relay remote control signal. CONS: Expensive, doesn't include HDMI cables. VERDICT: The One For All HDMI Sender is an ideal solution to stream a source to another TV or to send your source signals to a wall-mounted TV at the other side of the room or a ceiling mounted projector. But check you’re within the parameters to ensure you have a good experience.