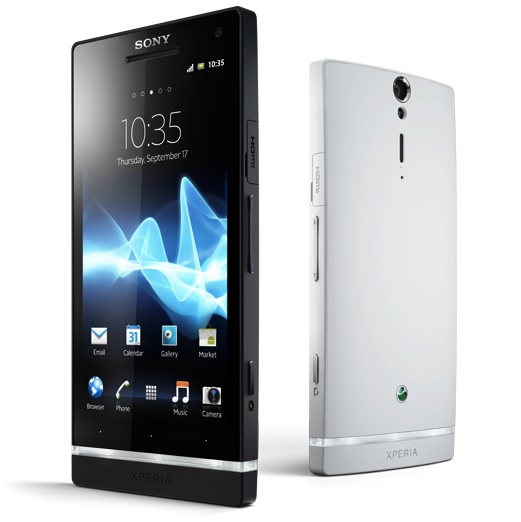 Sony’s has launched its first solo smartphone effort with the Xperia S and it’s a solid debut thanks to a fresh design and a range of impressive features.

The Xperia S is a well-put-together device for Sony Mobile to kick off its product line after parting company with Ericsson.

The Android-powered device is even a step up from it impressive predecessor – the Sony Ericsson Xperia Arc.

Xperia S is part of the Sony Mobile NXT (next generation smartphone) series and combines features and content to enjoy on the device itself or to share with others and on other devices.

Full marks to Sony for its design with the Xperia S. It has a 4.3-inch high definition touchscreen with a curved rear panel that feels good in your hand.

That rear curve does a good job in taking the bulk out of the device and gives it the illusion of not looking as big as it actually is because the screen is longer rather than being wider.

Despite having a 4.3-inch screen it is not that much bigger than an iPhone which has a 3.5-inch display.

Along the top edge is a headphone jack and on/off/lock switch with a mini HDMI out port on the right along side the volume key and dedicated camera button.

On the left is the microUSB port for charging and syncing and a hole for a lanyard is on the bottom edge.

The most eye-catching feature of the Xperia S design is the clear plastic band that circles the device just above the base of the phone.

This see-through ring contains icons for back, home and menu and illuminate to indicate the corresponding touch sensitive buttons just above each symbol.

There doesn’t appear to be any wires or connections from the main part of the smartphone to the chin below where the antenna is located.

Maybe it’s a tiny wi-fi connection from the bottom of the phone to the main part of the device.

Nonetheless it was still impressive and pretty to look at.

While the Xperia S looks pretty good from the outside, it’s also pretty impressive on the inside as well.

The device has a 1.5Ghz dual core processor and Android version 2.3 (Gingerbread) which can be upgraded to Android 4.0 (Ice Cream Sandwich) in the coming months.

The Xperia S’s 4.3-inch display has a high definition resolution of 1280 x 720 and is powered by Sony’s Bravia Engine so it looks stunning.

This means apps, the browser, pictures and videos look great in the palm of your hand.

But the Xperia S is all about your content and how you can share it. Full marks to Sony for including a microHDMI out port to take the content from the device to your high definition TV. But it would have been even better of they included the microHDMI cable.

It’s also to easy stream your music on your network as well.

Speaking of content there is plenty users can access directly to the device from the Sony Entertainment Network and, in particular, Video Unlimited and Music Unlimited.

Sony is taking advantage of not only other parts of the business to create the screen and the on-board camera but allowing easier access to content Sony creates as well.

It’s also a gaming device, and a PlayStation Certified one at that.

The device only has touch sensitive buttons on the front of the device and it took a little while to get used to them.

Sometimes they were non-responsive unless you hit them precisely in the right position. There is a tiny dot to indicate the sweet spot but it often took two or three attempt to activate.

It was one of the only downsides of the device but the longer we spent with it, the easier it got.

Battery life was solid and easily took us through a full day on the road with heavy use before we needed to connect the charger.

The Xperia S has no shortage of features but the two we will highlight for this review are the 12-megapixel camera and NFC.

There’s also 16x digital zoom so you can get even closer to your subjects without losing to much quality.

Picture quality was impressive with plenty of detail and accurate colours.

Downloading and viewing these images on our computer or on the TV faded the colours slightly and took a little warmth put of the pictures.

The Xperia S also shoots full high definition videos which looked excellent on the device and on our TV as well.

NFC (near field communication) is another feature of the Xperia S and it has been utilised in a slightly different way.

Typically NFC can be used to share information but Sony has taken it a step further and used the technology to alter the settings on the device using NFC tags.

These circular NFC tags can be conveniently located in areas like in your car or in the bedroom.

For example passing Xperia S over the NFC tag in your bedroom can turn off the ringer, turn off wi-fi and activate your alarm.

In the car, the small HFC tag hanging from the rear view mirror can activate Bluetooth, turn on the GPS and open your maps.

Sony Mobile should be proud of its first solo smartphone.

The Xperia S does a good job taking all of the features, content and connectivity to create a great experience and put it a level above the majority of Android devices on the market.