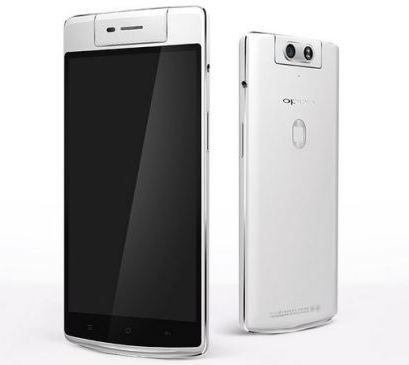 Oppo takes on the big brands with new smartphones

Oppo has thrown down the gauntlet to the big players with the release of two high-end smartphones, just months after entering the Australian market.

In a launch event in Singapore, the Chinese company better known for its top shelf Blu-ray Disc players, has issued a challenge to the major manufacturers with the new N3 and R5 smartphones.

The N3 has a rotating 16-megapixel camera that allows users to snap their regular pictures and selfies through the same lens.

But unlike the N1 Mini – currently available in Australia – the camera module is motorised and can be rotated with an on-screen command.

The N3 can rotate automatically up to 206 degrees which is ideal to capture amazing panorama shots and extravagant selfies.

Also on board is a 5.5-inch screen with a 2.5Ghz quad core processor, 2GB RAM and 32GB of built-in storage.

The R5 has claimed the title as the world’s thinnest smartphone that’s a toothpick thin 4.85mm thick and weighing at a featherweight 155g.

Although the camera lens does extend slightly wider than the device’s slender chassis.

The R5, aimed to played at the top end of the market, has a 5.2-inch full high definition AMOLED display and a 2.15Ghz octa-core processor with 16GB of onboard storage.

Pricing has yet to be revealed for the new products which won’t be available Australia until early 2015.