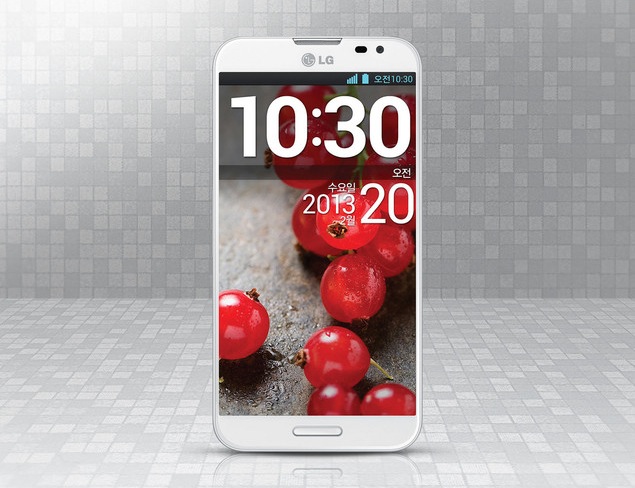 The device, unveiled by LG on its Facebook page, will be the star of the company’s new 2013 line-up and take on archrival Samsung’s popular Galaxy Note II.

No word yet whether the device will have a stylus to match the Galaxy Note II’s S Pen or if it will also have the ability to write directly on the screen.

The LG Optimus Pro G will be officially introduced at the upcoming Mobile World Congress which runs from February 25-28 in Barcelona.

It is said to include a slightly curved display plus 2GB of RAM and 32GB of internal storage.

Also on board the Optimus G Pro will be a 3,140mAh battery to ensure plenty of use between charges.

LG has also announced it will unveil the Optimus L Series II at the Mobile World Congress after selling more than 10 million of the original L Series in its first 10 months on sale.

The L7 Series II has a 4.3-inch display, a 1Ghz dual core processor and 8-megapixel camera along with a new design and a smart LED light on the home button.

There will also be some built-in safety features which can be programmed to contact a loved one in the event of an emergency.