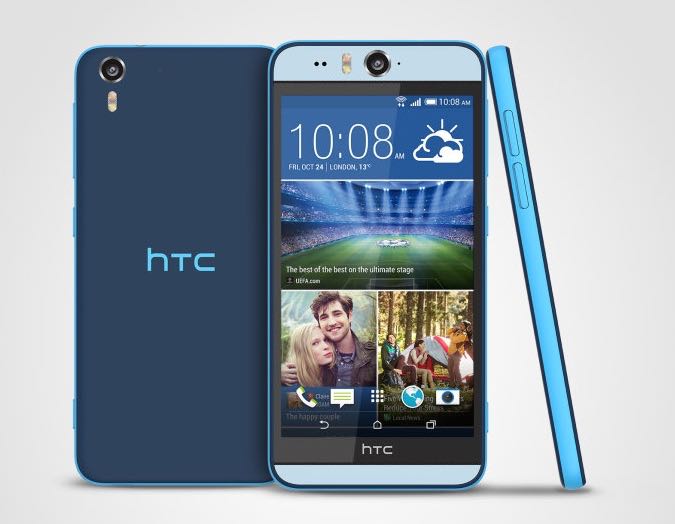 HTC has launched two photo-centric devices today – a smartphone with a 13-megapixel front camera and a portable camera that looks like a periscope.

At the Double Exposure event – held in New York today – HTC unveiled the Desire Eye and the RE.

The Desire Eye is designed for selfie addicts and delivers the same front facing camera and dual flash that you’ll also find on the back.

HTC has made statement with this device to say that selfie shots deserve the same quality and attention as your regular pictures that are shot out of the rear of the product.

But camera specs aside, the HTC Desire Eye offers some impressive specs including a 5.2-inch screen, 2GB RAM, a quad core 2.3Ghz processor, 16GB of internal memory and an expandable microSD card slot.

And to top it all off the HTC Desire Eye is also waterproof with an IPX7 rating so it can go up to a metre underwater for up to 30 minutes.

Unlike the HTC One M8, the Desire Eye is built from solid plastic.

The HTC RE might look like a small piece of PVC pipe but it’s actually a waterproof 16-megapixel camera capable of shooting high definition video.

There are only two buttons on the device – the larger on the back captures your images with a press or starts videos when you hold it in for couple of seconds.

The other button activates a slow motion capture mode.

On the bottom of the RE is a tripod mount thread as well as a microSD card slot.

We’re not sure about the market for this product or why a customer would buy it when they have a high-quality camera in their pocket with their smartphone.

Maybe the fact that it can offer more discreet recording than a smartphone might be the main point of difference.

The HTC Desire Eye and HTC RE will be available in Australia in the coming months.