In the crowded world of smartphones the challenge for any manufacturer is to stand out from the crowd. LG has managed to do just that with the G4 – the company’s latest flagship smartphone.

In the last two years LG has made some bold moves in the phone market.

First it decided the only buttons for its G2 smartphone would be on the rear panel and then it followed it up with the under-rated G3 with a quad HD screen and a camera with laser auto focus.

This time out the G4 offers one of the most advanced cameras ever seen on a mobile device plus something no other mobile device has ever offered before – leather.

That’s right – this device has a handcrafted genuine leather back cover to offer an all-new texture. It’s not a case – but the actual rear panel of the product.

The full grain leather has a hammered-array pattern to give it a luxurious feel right down to the threaded stitching. 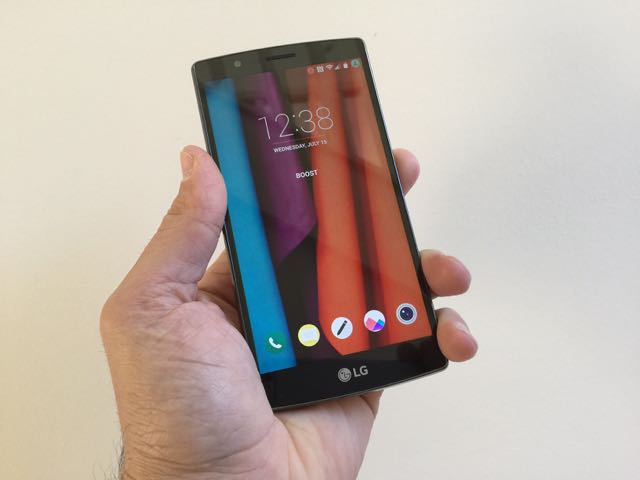 And like all leather products it can be worn in with a bit of use.

In the time we’ve had the G4 the areas that have most contact – like the corners and edges – are now a little darker than the rest of the cover.

Each G4 purchased with a leather cover – tan or black – comes with a textured plastic back cover as well. Shiny Gold with tan and Titan Grey with Black. 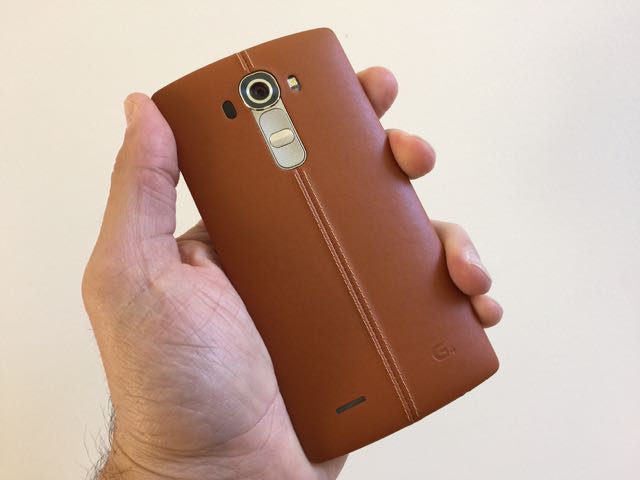 Camera-wise, the LG G4 has a 16-megapixel shooter with an F1.8 lens and with a manual mode you’d only expect to see on a DSLR (digital single lens reflex) camera.

The LG G4 has an ever so subtle curve. Take a close look – the display has a tiny arc. LG says this offers a comfortable grip which is what the rear panel would do anyway regardless of the screen.

But LG also says that curve, which is hardly noticeable even when the screen is face down on a flat surface, is to give it added strength.

What curve does add is a little more bulk to the device which goes against the “thin is in” trend right now.

That’s not to say the G4 doesn’t feel good in your hand – it does. The device rests easily in your palm and you still have easy access to the buttons on the rear panel. 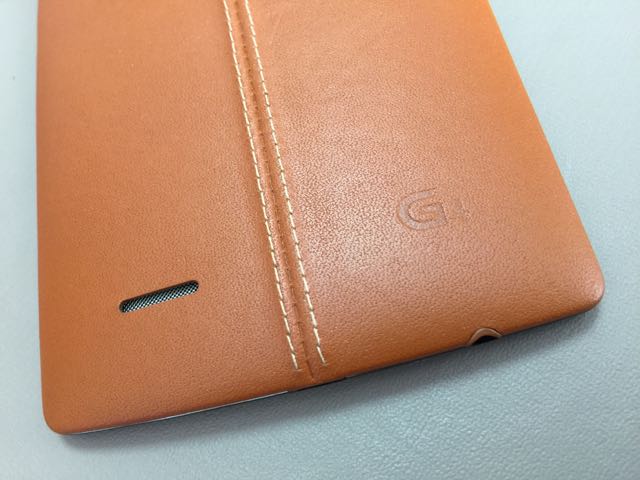 There are no buttons on the sides or anything on the top edge with the microUSB port and headphone jack on the bottom edge.

The front is all black and with no physical buttons.

The back cover is, of course, detachable so you have the choice of leather or the regular textured plastic covers.

And with a detachable rear panel you also get a removable 3000mAh battery and access to the microSD card slot.

The most noticeable feature of the LG G4 is the 5.5-inch display. And this isn’t any old display – it is an IPS (in-plane switching) Quantum Display that has a wide viewing angle and with a resolution of 2560 x 1440 resolution and 538 dpi (dots per inch).

And because there are no buttons on the sides the device, it is a lot smaller than other devices with the same screen size.

The G4 is running the latest Android 5.1 Lollipop operating system and also has its own UI (user interface) layer.

It’s not laid on too thick like some smartphones from other brands so you’re still essentially experiencing Android the way it’s meant to be.

The icons have a clean understated design which flows through to the homescreens so it is always pleasing to look at. 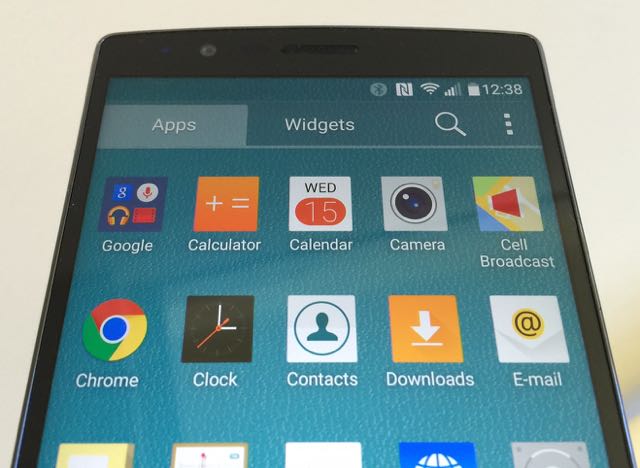 Other software features include Event Pocket – the calendar that lets you and paste event information from other apps including Facebook and Smart Gallery – a gallery of all your images that are searchable through their time stamps for day, month or year.

You can even share your music by connecting two earphones at the same time – one through the 3.5mm jack and the other connected via Bluetooth.

But the standout feature of LG’s G4 is the onboard 16-megapixel camera.

Our go-to camera nowadays is now our smartphone and the G4’s camera delivers features you’d only find on a dedicated digital camera.

For a start it’s the first smartphone in Australia to offer a 16-megapixel rear with an F1.8 lens and laser auto focus.

It also has an excellent Colour Spectrum Sensor that takes the light coming in from that lens and produces fine images with vibrant, accurate colours and clarity.

There’s also a three-axis image stabiliser onboard to reduce blur and give you sharp images every time.

But the best part about the camera is the amazing manual mode that gives you real control of your images and lets you adjust things like shutter speed, ISO, aperture and white balance – something that’s unheard of on a mobile device until now.

It’s also possible to show in RAW format – that made all of you photographers sit up and take notice.

The results can clearly be see in the images you capture with the G4 that are among the best we’ve seen taken with a smartphone.

And the front camera has 8-megapixel resolution and a cool selfie mode that lets you capture an image simply by opening your palm to be recognised and then making a fist to trigger the shutter.

Make a fist twice and you can take a burst of four selfies.

Now you can’t have all of these fancy features without a little grunt under the hood.

Powering the G4 is the Qualcomm Snapdragon 808 processor.

It has an impressive 3GB RAM and 32GB of built-in memory (and don’t forget there’s a microSD card slot to expand that further).

You won’t see any lag with the G4. You can navigate the menus and switch between apps quickly and easily.

The G4’s 3000mAh is a workhorse that powers through a full day easily. We found it consumed little power when we left it alone with wi-fi connected and receiving notifications.

But even with full and intense use the battery sailed through the day.

It also has a Smart Battery Manager that lets the user know the functions that are hogging the power and helps you turn them off.

The LG G4 deserves its place alongside the top tier Android smartphones on the market and has many features and capabilities its rivals don’t.

The device offers a fresh new look, useful and relevant features and one of the best cameras you’ll ever find on a smartphone.