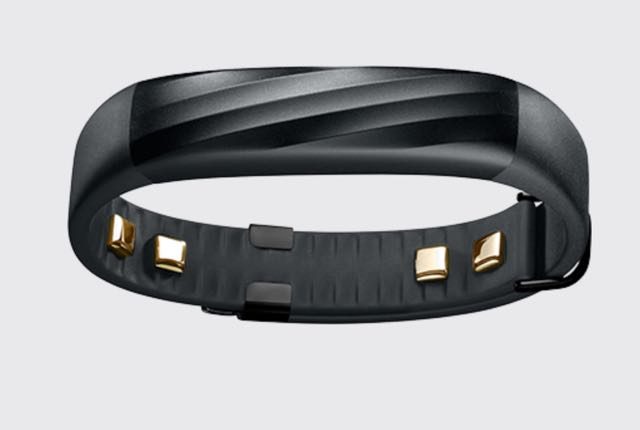 When Jawbone released its original UP band it kickstarted the wearable activity tracker market. The company has just released the UP3 but the difference today is the level of competition from other fitness bands and smartwatches.

Like the earlier models, Jawbone’s UP3 can track all of your activities, monitor your sleep and log your calorie intake.

But this time out it has a sleek new design and bioimpedance sensors to measure your heart rate.

But the challenge for the Jawbone UP3 is the sheer number of other devices that can do the same thing.

There are plenty of products that can monitor your workouts and smartwatches that can only be worn during the day and need charging everyday. 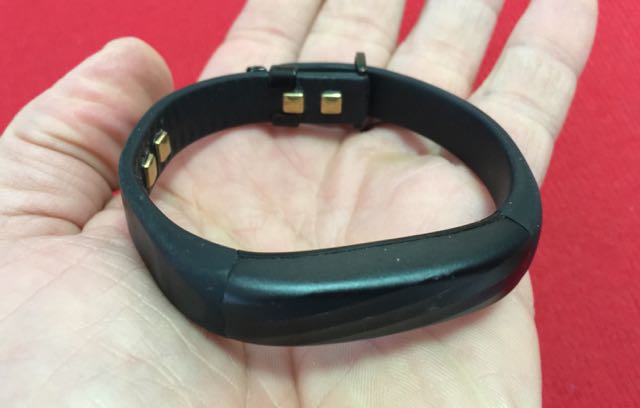 Jawbone UP3’s appeal is that it can be worn 24/7 and only needs charging once a week.

And unlike a smartwatch – it can also be worn while you sleep and even give you information about the way you slept right down to the amount of rejuvenating REM (rapid eye movement) sleep you’ve had as well.

From a design point of view, the UP3 continues the sleek minimal look. Once again there is no screen and the user can interact directly with the device by tapping and double tapping the top of the band. 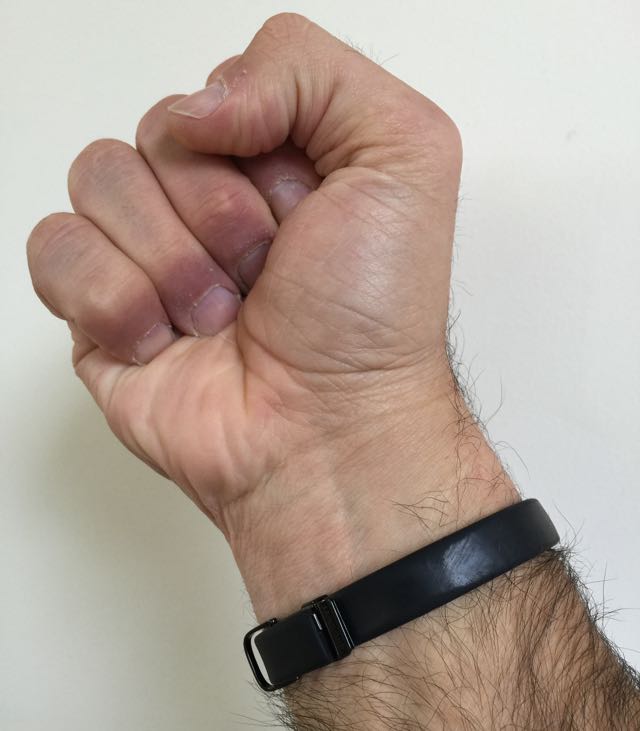 We found doing things like clapping could change the mode on the device. This meant that we had to tell the device we didn’t just go to bed in the middle of the South Sydney match.

Earlier Jawbone bands attached loosely to your wrist and would sometimes slip off if it caught on anything or if something brushed past your arm with a little force.

The UP3 attaches a lot more securely with an adjustable clasp and now won’t come off your wrist unless you take it off yourself.

The UP3’s improved design and engineering now means all of the electronics are contained in the top part of the band.

Previous models had the battery and circuitry spread throughout the whole band and, as a result, it was prone to failure. We went through three earlier models ourselves.

But the good news is the UP3 won’t have such issues although the release was delayed several months because it had an issue with its water resistant rating. 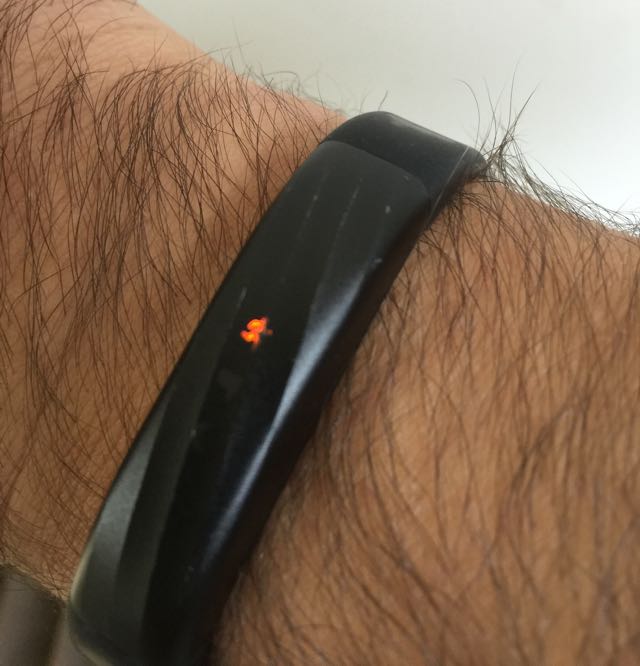 The device can be worn in the gym, in the rain and in the shower but if you’re going to take a swim you need to take the UP3 off.

IT NEEDS A DISPLAY

What you won’t find on the UP3 is a display. That’s something Jawbone has clung to since its first UP band.

That means that while it’s possible to have limited control of the device on your wrist, you need to go the UP app on your smartphone to see any kind of useful information.

There are LED indicator lights that signify the mode you’re in but that’s about it. 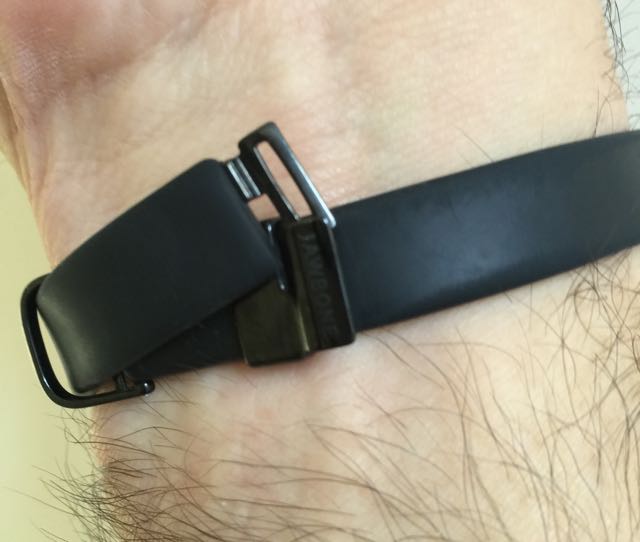 Rival products like the FitBit Charge HR has a screen and can capture identical information including your heartrate – and it’s $50 cheaper.

If the Jawbone UP3 had a small screen – even a discreet screen like the Garmin Vivoactive that is visible only when it’s on – it would have made a good product a great product.

We can understand a concern of having a display would mean shorter battery life but I’d be happy to sacrifice a day of battery life for a screen.

But the UP smartphone app for iOS and Android is exceptional and it offers more than just a graph of your stats thanks to Smart Coach. 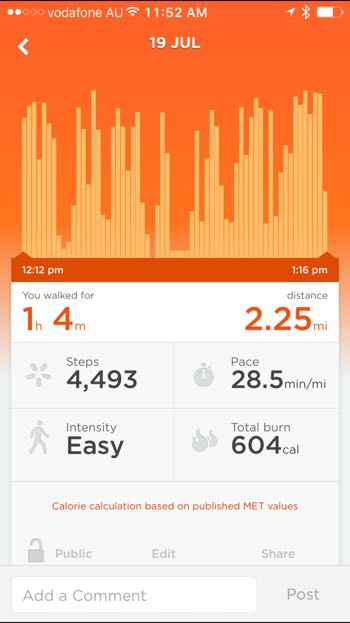 Smart Coach takes your data and makes observations and suggestions to help you reach your fitness goals and improve your health.

It may suggest an earlier bedtime, a quick walk to reach your step goal, tell you to take the stairs instead of the lift or recommend drinking more water.

The UP3 is more than just a step counter. It can also detect and log your workouts. The device can detect your activity and allows you to specify what you’ve done – a run or walk etc – and than note the intensity of the workout.

Your active time and active calorie burn is also registered.

But what surprised us was that the heart rate monitor isn’t able to be engaged during your workout. 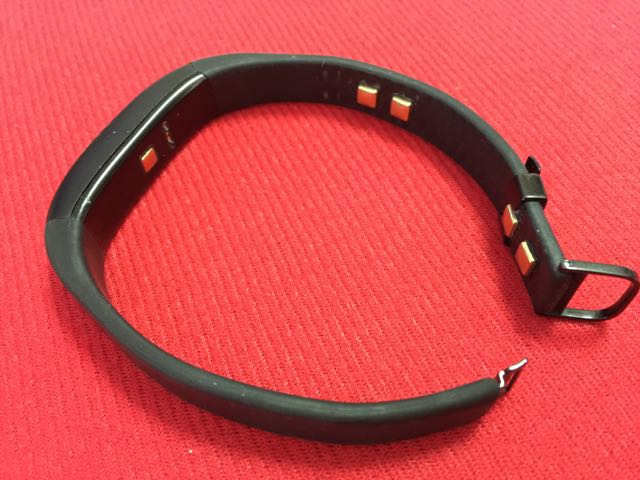 The bioimpedance sensor is only used to detect your resting heart rate just before you wake up. This is recognised as an accurate measure of heart health.

But if you’re training for a marathon, the UP3 can’t help you.

This is one of the best features of the Jawbone UP3. Sleep, we learned through the UP app’s Smart Coach, is vital for a healthy lifestyle.

It can also tell you how long it took you to fall asleep. My record is four minutes.

And with the added data of your resting heart rate it also adds yet another dimension to your health monitoring.

It also has a vibrating alert system that can be used as your alarm that can discreetly wake you up without disturbing your partner.

It even chooses the right time to rouse you out of light sleep so you’re not coming groggily out of a deep sleep.

This is not so much a feature of the band but a capability of the UP app. You can log what you eat and drink to get a complete picture of your calorie intake.

In some cases it’s as easy as scanning a barcode but usually it’s a little laborious.

There’s also a Food Score that give users a rating from one to 10 on how healthy their diet choices are.

The Jawbone UP3 has no plugs or ports and is charged using a thin magnetic contact on the underside of the band and a special USB charging cable.

It’s designed to easily snap on magnetically and begin charging but that wasn’t always the case.

It took a couple of turns to attach it properly and position it accurately until we saw the LED indicators light up.

The Jawbone UP3 falls a little short in some areas but still offers a good way of keep an eye on your health and well-being.

The device is limited without a display which means it is tied even closer to your smartphone and the app which is, thankfully, excellent.

The addition of a heart rate bioimpedance sensor is the only main difference between the Jawbone UP3 and the cheaper Jawbone UP2.