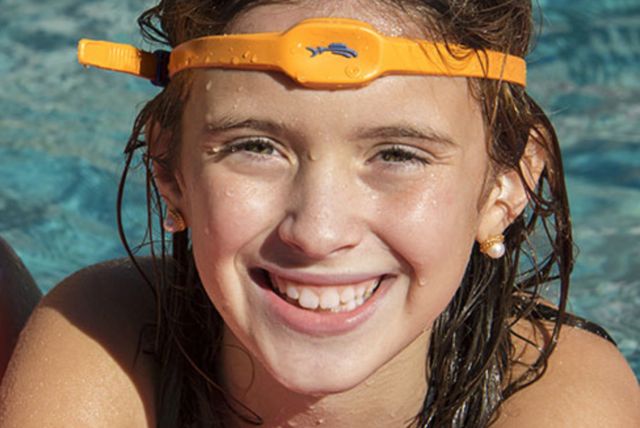 New iSwimband can prevent a child from drowning

The Australian summer is often marred by reports of kids drowning in backyard pools but a new device released at CES in Las Vegas could save a child’s life.

The iSwimband is worn on a child’s head and contains sensors that send an alert when it has been submerged for preset time limit.

The personal swim monitor can also used as a tamper-proof wristband for toddlers and set to send an instant notification if the child enters the water.

While nothing can replace vigilant supervision of a child, the iSwimband can provide added protection around the swimming pool.

The device uses Bluetooth to relay information to an app on the iPhone and works within a 30 metre range.

A parent can monitor up to eight iSwimbands at the same time.

The product can be used over the top of a swim cap and also works with goggles.

iSwimband was developed by three fathers after one of their children’s classmates drowned.

The nine-year-old boy was submerged for more than five minutes before his body was found despite the fact there were lifeguards and parent supervising all day.

The tragedy spurred the three men to create a product that could reduce, if not prevent, the incidence of preventable drowning.

The iSwimband is available for pre-order now and is priced at $124.99 and includes the sensor, a headband and a wristband.

Tinke smartphone health accessory is like a trip to the doctor

New technology allows you to control your device with your eyes