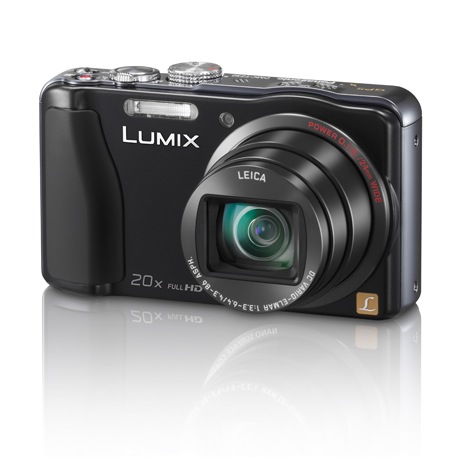 Panasonic’s new 2012 range of Lumix cameras and camcorders have just been launched with a goal to deliver the latest features at a competitive price.

There are nine new Lumix cameras and seven new camcorders in the line-up which will hit stores from late March.

The launch was held in Norfolk Island and Tech Guide was invited along to test the new range shooting the amazing scenery.

Panasonic’s research has revealed that despite the advances in the camera quality found with smartphones around half of the owners said they still intended to buy a dedicated digital still camera within the next 12 months.

And the main features they are looking for are resolution, image quality, lens quality and ease of use.

The main motivation for buying a digital camera was travel (45 per cent) and a family event like a wedding or a new baby (30 per cent).

The 2012 Lumix range includes news models in the TZ, SZ, FT, FH and S classes and incorporate improved lenses, sensors along with new features like GPS.

All of the new camcorders are high definition and include new system engines to deliver excellent colour and detail.

There are two new cameras in the TZ (Travel Zoom) Series – the TZ30 (14.1 megapixel) and the TZ25 (12.1 megapixel) and are aimed at users who want to capture their memorable travel experiences.

Both have redesigned Leica DC Vario Elmar lenses which are the thinnest in its class and a lighter body than their predecessor.

The TZ30 and TZ25 have powerful 20x and 16x optical zoom respectively along with full high definition AVCHD video recording.

Also included with the TZ30 is built-in GPS which embeds the location, latitude and longitude when a photograph is taken. The TZ30 can also display a map showing where the image was taken.

The TZ30 can be loaded with maps from an included DVD to enable the device to give users real-time information about their location and nearby landmarks in 203 countries.

Also included with the TZ30 and TZ25 are special effects including miniature and panorama.

Miniature creates a diorama look with your images while panorama allows users to take sweeping horizontal and vertical shots up to 360 degrees that are overlayed stitched together in seconds on the device.

Each device also offers manual mode for those who want take more creative control over their images.

There’s also a 3-inch LCD touchscreen which puts complete control of the device literally at your fingertips.

SZ is short for Stylish Zoom and are compact enough to fit in your pocket while still being packed with features.

You’ll never miss a moment with the SZ7 with its fast image and video capture and lighting fast auto focus in just 0.1 of a second.

The SZ7 is also capable of capturing 3D images. It does this by taking 20 panning shots before the camera chooses the most suitable images for the left and right eye to create a 3D composite.

Full HD video recording at 25 frames per second is available with the SZ7 while the SZ1 records at a HD resolution of 720p.

These models also have creative features like miniature and panorama.

The high-speed sensor also comes into play to allow handheld night shots by taking consecutive shots and combining them to produce a blur free night shot which usually requires a tripod.

The popular tough range of Lumix cameras have gone to the next level with the new 2012 range.

The FT4 and FT20 are designed for rugged outdoor users and are shockproof, waterproof and freezeproof.

The FT4 (12.1 megapixel) can submerge to a depth of 12m so it’s ideal for outdoor activities like diving, snorkelling, swimming and surfing.

The device is also shockproof from a height of 2m and can handle temperatures as low as -10 degrees Celsius.

But the new features of the FT4 are GPS, compass, altimeter and a barometer.

Also on board are new shooting features like Time Lapse where the photographer can set the start and end time and the number of pictures to capture per minute.

The FT20 (16.1 megapixel) is waterproof to 5m, shockproof from 1.5m and capable of -10 degrees Celsius temperatures.

It has a 25mm ultrawide 4x optical zoom lens and can shoot 720p video and includes miniature and panorama mode.

The new FH8 (16.1 megapixel) and FH4 (14.1 megapixel) offer convenient and responsive shooting of both images and video.

These affordable models have 3-inch (FH8) and 2.7-inch (FH4) LCD screens with automatic backlight adjustment for a clearer view no matter what the lighting conditions are.

The new S Series is a high-quality easy-to-use model for beginners which doesn’t compromise on image quality and features.

The S2 has 14.1 megapixel resolution with a 28mm wide-angle 4x optical zoom lens that can capture 720p videos and panorama shots.

The S2 is available in black and pink and will be priced at $129 when it is released in April.

There are seven new camcorders in Panasonic’s 2012 range. All of the new products are high definition and all record into SD cards to make it easier to view on other products including Panasonic’s entire range of Viera televisions.

At the top of the line is the HC-X900M which is powered by Panasonic’s 3MOS System Pro engine which has redesigned the core components – lens, sensor and engine – to produce stunning full high definition recordings at 50 frames per second.

Also onboard is an improved Hybrid OIS (optical image stabilisation) to keep your videos shake and blur free. This system takes advantage of a five-axis correction so even shooting on the move is a lot smoother.

The X900M can also shoot full high definition 3D with the addition of an optional 3D conversion lens.

These products have Panasonic’s 1MOS system engine and include the Hybrid OIS along with Intelligent Auto so users can just focus on capturing their scene.

The V700 can also shoot 3D with the 3D conversion lens.

The HC-V10 shooting in high definition and has a powerful 70x enhanced optical zoom in a compact design.

The V10 includes Hybrid OIS and Intelligent Auto and Quick Start mode for spur of the moment shooting which can record in just 0.8 seconds simply by flipping open the LCD screen.

Also released as part of Panasonic’s new range are two vertical camcorders – the HX-DC2 and the HX-WA2 which can capture full high definition video and 14 megapixel stills.

The WA2 is waterproof to a depth of 3m and ideal for shooting underwater when you’re snorkelling, diving, swimming and surfing.