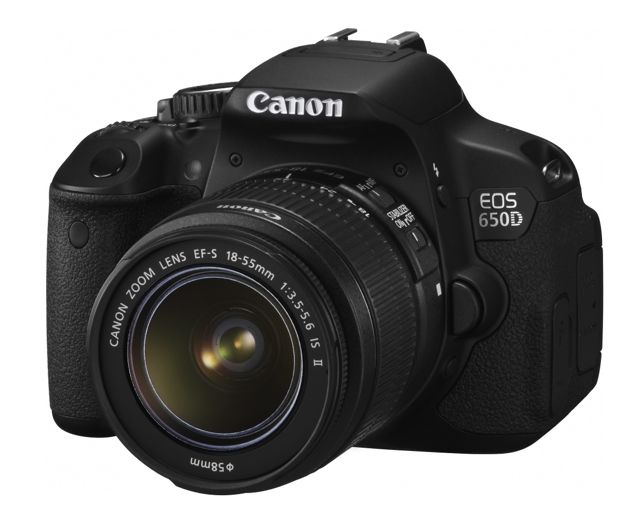 Canon’s pro cameras have been scoring plenty of points in my world but Canon’s consumer-level DSLRs just haven’t managed to excite me. Until now, that is, because the EOS 650D is a terrific package.

My issue with Canon’s small sensor consumer DSLRs has been the big gap in performance when compared to the pro and semi-pro offerings.

However, with the 650D, there’s a measurable step up in image quality due to the inclusion of the DiG!C 5 processor.

This brings some polish to image processing, especially with high ISO captures in a way that the DiG!C 4-enabled bodies such as the 550D can’t.

Frankly, if you need to shoot at ISO 3200 or 6400 and you’re married to the Canon system with perhaps a Canon EF lens or two in your bag, then your mind is made up if it’s this class of DSLR that you want because the 650D leaves the 600D and 500/500D cameras for dead.

There are plenty of other features that make this shooter a bag full of fun, not least of which is the Vari Angle fold-out, flippable display.

The origami hinge is cool but the touchscreen is a corker; probably the best I’ve yet used on a Canon camera.

If you own a smartphone with touch gestures, you’ll soon fall into the swing of using the 650D.

Swipe to scroll left /right through thumbnails plus pinch zoom/shrink make browsing photos more fun but be sure to try the Quick Control screen, which responds well to fingernail taps.

Also a handy feature is the touch shutter. With Live View enabled, you can touch the screen to set the focus point and release the shutter.

Canon supplied its new 18-135mm 3.5-5.6 IS STM lens with the camera and the sensor’s dynamic range well exceeded this lens’s six-stop range, coming in at a tad over eight stops.

Seems to me this body and lens would make an excellent kit for a novice, especially given its excellent image stabilisation.

Another tasty treat for the novice is the Scene Intelligent Auto, or full auto mode.

It analyses the scene including subject movement, exposes accordingly, and does a fine job of it.

Readers might recall how impressed I was with the iA mode in Panasonic’s G-series Lumix cameras and Canon is easily keeping pace.

Indeed, probably a little ahead of the Lumix, especially with picking the right time for activating the pop-up flash.

It’s also great to see how well the 650D exposes for flash, with among the most natural-looking flash captures I’ve yet seen in a Canon camera.

This adds up to a great package for beginners buying their first DSLR.

If I have a gripe with the 650D it’s with the back panel button layout, which is cramming too many too-small buttons into too-small a space.

Anyone with meaty fingers is going to find this as annoying as I did and will have to work that little bit harder to not press the wrong button.

Worse, the two buttons that I reached for most frequently, the Menu and Quick Control buttons, seem to me to be in awkward places with the former on the top left of the back panel and the latter sandwiched in between the Av/exposure compensation button and the cross keys pad.

One other negative is that the 5fps continuous shooting bottlenecks very quickly.

With a Class 10 SDHC card I couldn’t get more than eight full-quality JPEGs shot before having to wait for the buffer to clear. In practice, this won’t be a big deal for most users, but it is nevertheless disappointing.

On the plus side, an ISO button right next to the top-panel scroll wheel is an excellent addition and supports the fact that with the superb performance of modern sensors and image processors, easy adjustment of ISO settings is as valid a method of exposure control as f-stops and shutter speeds.

What other goodies do we have here? Full HD video recording at 30/25/24fps with continual AF, which thankfully can be turned off if you find the lens hunting too much; capture to SD card; and Creative Filters for in-camera effects, if that sort of thing floats your boat.

But apart from all the features, Canon’s done something very right with the 650D because, apart from the back panel layout, it just has that “right” feel about it.

Almost as soon as I picked it up I was shooting and having fun with it. That counts for a lot.

Most iPhone 5 buyers upgrading from an older iPhone