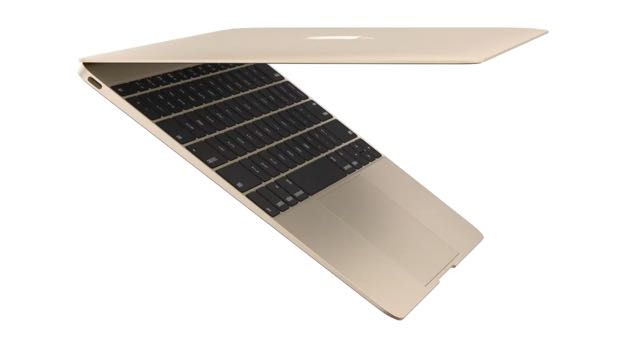 And it’s also the only Apple laptop computer with a 12-inch screen.

The new 12-inch MacBook is a real feat of engineering. Despite its svelte appearance, the device is still brimming with innovative features and offers impressive performance. 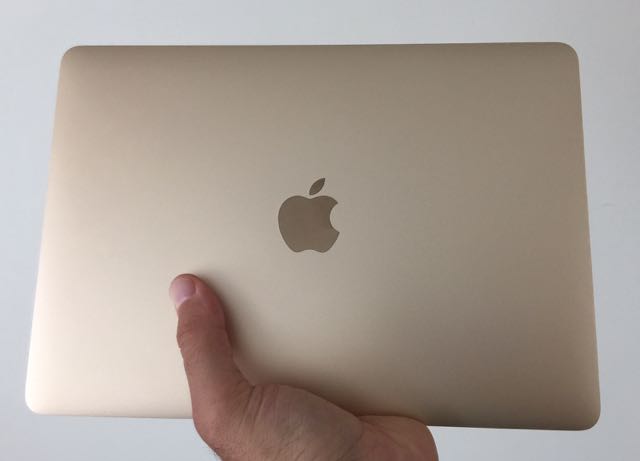 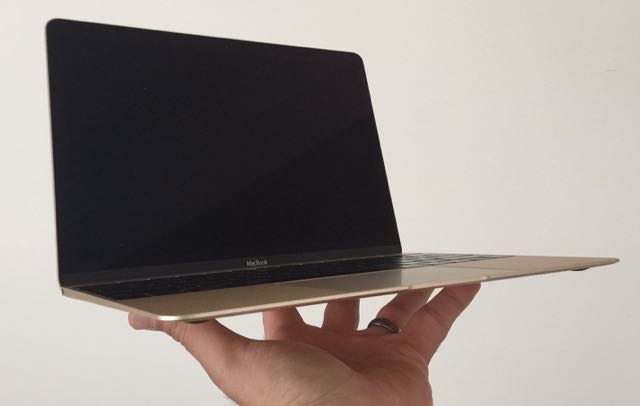 It seems like someone at Apple said wouldn’t it be great to have a 12-inch MacBook that’s just 13.1mm thick, weighing just 920g and yet still offering a full laptop experience. And so they went and made it.

To achieve this Apple has had to literally reinvent parts of the laptop like the display, the keyboard, the trackpad, the motherboard, the battery and the ports.

And while the figures look impressive, it’s not until you get the MacBook in your hands before you appreciate the incredible design and how thin and light it is.

Even though there’s only three inches of difference – the 12-inch MacBook is a lot smaller than our 15-inch MacBook Pro.

Apple says the device was created for the on-the-go user in the wireless world.

To emphasise that point and to offer even more efficiency in the design and the way it connects to other products there is only one USB-C port.

This new universal and reversible connection, which is a third of the size of a regular USB port, is for power, connecting external devices, transferring data and video output.

It’s great in theory but poses a problem if you want to connect a peripheral or a monitor but also need to charge the battery. 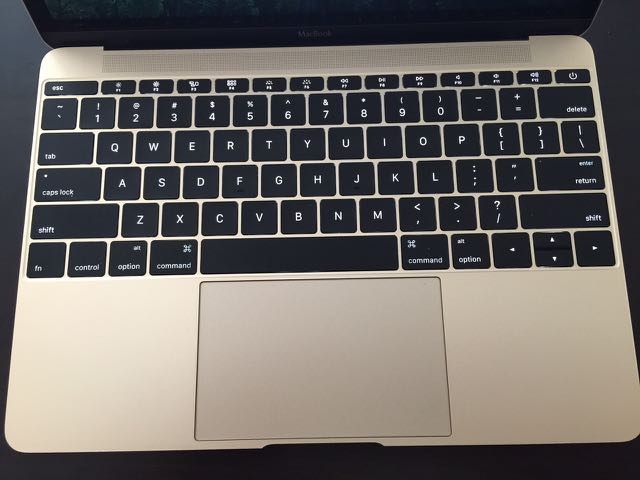 The only solution in this situation is buying an adaptor at extra cost which offers a USB-C port, a regular USB port and either a HDMI port or a VGA connection.

When we connected our Time Machine back-up of our current MacBook Pro to migrate the content to the 12-inch MacBook, a warning popped up telling us we needed to connect the power cable. Um, I can’t – I didn’t have the adaptor.

Anyway it had enough charge to work through that first migration without connecting the charger.

There are no memory slots and no Thunderbolt ports. But there is a headphone jack. If you’re after those ports and slots then you’ll need to opt for the MacBook Air or the MacBook Pro.

When you open the laptop, the first thing you’ll see is the full-size keyboard that runs the entire width of the tough unibody chassis.

Each key is actually 17 per cent larger with less space between the keys and they are also more flush with the surface of the device.

And to make the keyboard even thinner and more stable, Apple has thrown out the traditional scissor mechanism beneath each key and replaced it with its own butterfly mechanism which makes the assembly 40 per cent thinner.

This also makes each key stiffer and more stable so a keystroke registers even if you hit the edge of the key.

There’s not as much travel for each key – they protrude a lot less – but the tactile feel is still there and so is the responsiveness.

But coming from regular keyboard on the MacBook Pro we did find it a little hard to adjust.

At first we kept missing the outside keys like the A and Q key on the left and the delete and return keys on the right.

It took some time to get used to it but the keyboard is a vast improvement and had a more solid and stable feeling under your fingers.

The 12-inch MacBook’s Retina Display is excellent and at just 0.88 thick it’s the thinnest the company has produced and is behind edge-to-edge glass that’s only 0.5mm thick.

The display is still razor sharp with dazzling colours thanks to a larger aperture in each pixel that allows more light to pass through.

Another new feature is the Force Touch trackpad which allows users to apply different pressures to achieve different outcomes.

And while you’ll swear you can feel the trackpad being pressed down a couple of levels, it actually doesn’t move at all thanks to the Taptic Engine that actually provides that response up to your fingers. 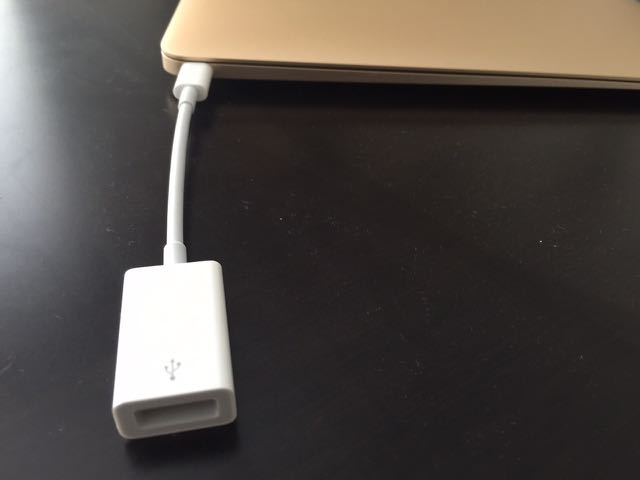 Under the hood, the logicboard has also been redesigned to fit into the shallower space inside the thinner chassis. It’s actually 67 per cent smaller than the logicboard of the 11-inch MacBook Air.

Even the battery has been redeveloped to fill more of the vacant space onboard the 12-inch MacBook with a new terraced design. The result is 35 per cent more battery capacity.

During our testing the 12-inch MacBook sailed through the entire day from morning till night.

We were starting up the computer at about 7am every day and constantly using it throughout the day and it was still going strong at 5pm with 20 per cent charge left.

Performance-wise, the 12-inch MacBook was fast and handled our everyday computing needs with ease.

While it can handle higher end tasks like picture and film editing and graphic design, it’s not primarily designed for that purpose.

High-end users like this who will regularly run these tasks should aim for the MacBook Pro or the iMac.

So who is the 12-inch MacBook designed for?

It’s for the on-the-go user who wants to have something more powerful than an iPhone or iPad and with a full keyboard.

It’s for someone who’s mobile, who connects wirelessly and who doesn’t want to be weighed down with a bulky laptop.

It’s for someone who would like to edit a photo or a video if they needed to but it wouldn’t be something they’d do all the time.

The 12-inch MacBook Pro is one of Apple’s finest achievements.

It combines cutting-edge engineering and technology with incredible design and excellent performance.

For high-end users the 12-inch MacBook has its limits which is why there are other more powerful MacBooks to choose from.

But for connected and mobile users – and anyone else who wants a reliable and well-designed laptop – the 12-inch MacBook is a great fit that’s so light and thin you may even forget it’s in your bag.

It is a little on the expensive side but even at that price you get a lot of bang for your buck and arguably the most beautiful laptop ever created.