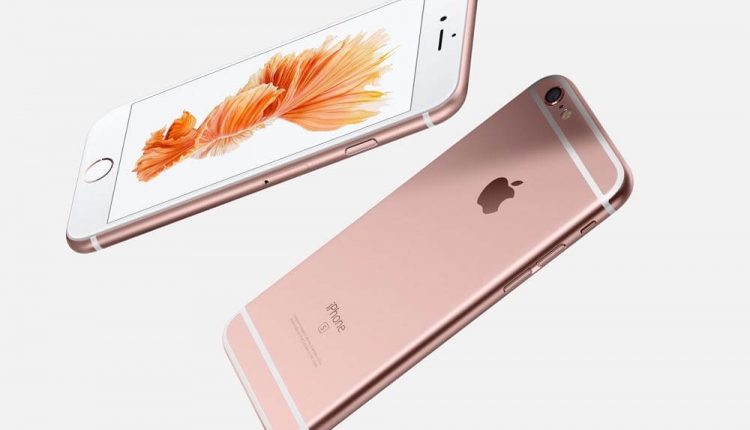 Many people can’t understand why a customer would camp outside the Apple Store to buy a new iPhone. That’s a question we asked self-confessed Apple fan Jarrod Gardiner who spoke to Tech Guide about his experience.

Here’s how the night progressed for Jarrod.

The area in front of the Apple Store and King St is filled with tents with early customers trying to stay warm on a cold and rainy might.

“I didn’t line up last year because I didn’t have the money right away. So instead I waited a month after the launch,” Jarrod said.

“I last camped out for the 5S and that line was longer at this time of night,” he said.

“In the line there is maybe 90 to 100 people. The rain and cold has kept a lot of people away.

“With the wind chill here it feels like middle of winter. It’s constant drizzle. I’m staying dry under an awning and wearing a beanie and jacket.

“The line has not even sneaked around the Forbes Hotel yet on the corner of York and King St. That’s because there is no shelter. At the moment it’s tent city here.”

Jarrod asks someone to hold his spot in the line so he can grab a quick bite to eat at McDonalds next door to the Apple Store on George St.

Jarrod says this year was a different experience. 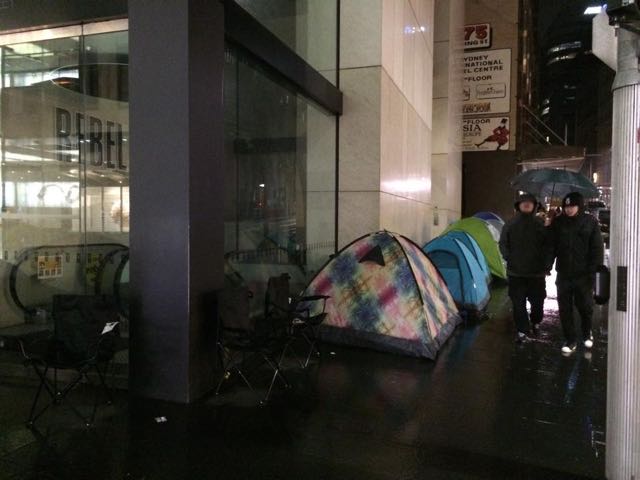 “The mood was different this time around. I think mainly because of the freezing, horrible wet and damp conditions. There was no Apple fanfare (due to the rain I assume).”

The security barriers are erected and the new iPhones are being put on the display tables inside the store.

The rain has stopped and the tents are being packed away.

All of the stores posters are also changed to those of the iPhone 6S and iPhone 6S Plus.

Customers are now standing in single file and even more people have joined the growing line which has now turned the corner into York St.

The crowds are even bigger now with not only more people in the line but the media and people stopping to look at everyone who has been waiting overnight in the line.

So why did Jarrod decide to line up this year?

“I am lining up because I had to go back to the iPhone 5S.  I smashed my iPhone 6 screen and I never bothered to get it repaired – it was too expensive to get it fixed, so I decided to wait for the 6S,” he said.

“I had the 6 for about 6 months until I dropped it and completed shattered the screen.

“Another reason I am here is because I missed out on the online pre-order/reserve option and I didn’t want to potentially wait for three to four weeks for it to be shipped out to me.”

Jarrod said he was obviously driven by the product itself.

“I honestly believe this years “S” model to be the biggest “S” release,” he says.

The doors open to loud cheers and the media is packed in front of the Apple Store to film and photograph eager customers as they enter the store.

Customers who got in early enough to reserve their iPhones are allowed in first.

About 10 minutes later the first customers exit the store holding up their new prized possessions – their new iPhones – and posing for the waiting press.

Jarrod is still waiting to enter the store.

Jarrod has made it inside the store but still has to wait in line. He is trading in his iPhone 5S to offset the price of his new iPhone.

“There are still epic lines and longer wait times due to reservation customers being given priority,” he says.

“I had a play with the 6S briefly from an Apple Store employee. Got the hang of 3D Touch within 30 seconds. Loved it!”

It’s finally Jarrod’s turn in line after waiting all night in the cold and rain.

So which model did Jarrod buy?

“The iPhone 6S – the iPhone 6 Plus is just too big for me to handle one handed,

“And that’s despite the bonuses of iPhone 6S Plus like the OIS (optical image stabilization), the bigger battery and larger screen. For me, the 6S is perfect form factor.

“I’ll be getting the 128GB model as there is absolutely no way I’d get 16GB in 2015 especially with a 12-megapixel camera, Live Photos and 4K videos to store.

“The iPhone 6S has the perfect feel in the hand.

“And I am super excited at just how much faster using the device will be. It will feel like. from using HDD drive in my Mac to the SSD drive.”

“I’ve only used it for 10 minutes as I have just gotten home from a long night in the rain, cold and crowds,” he said.

“The first thing I noticed was the difference in weight. It definitely feels more durable and heavier compared to the iPhone 6.

“3D Touch took me 30 seconds to get used to and figure out. I can already see this is going to be a great time saver for me and become extremely useful.

“We just need all the third party developers to jump on board.”

AND WOULD HE DO IT ALL AGAIN?

“Despite the cold and rain and not getting any sleep, it’s still a fun experience to secure the latest gadget from my favourite technology company. I’ve done it many times before and I will do it again.”

Thanks to mobile technology – work is a thing you do, not a place you go