Attending the Apple education event in Chicago was like going back to school and imagining what would have been possible if we had an iPad way back when we were students.

After the keynote held in the auditorium of the Lane Prep High School we were issued with individual class timetables to see demonstrations of how the new iPad with Apple Pencil support and the new programs and apps could be used in the classroom.

Usually after an Apple launch, we are given access to the new products in a hands-on demo area.

But this event was different. It wasn’t held in the Steve Jobs Theatre at Apple Park or a theatre in San Jose or downtown San Francisco.

It was a suburban Chicago school that was first opened in 1908 and that today boasts more PhD graduates that any other school in the United States.

And with the theme being education, the choice of venue was spot on.

Apple has a deep interest and investment in education and that was on show at the event and expressed passionately by Apple CEO Tim Cook and the teachers who were also brought on stage to talk about how technology is changing the game for them and their students.

After the main presentation it was time to head off to class and it wasn’t long before the bell rang and we were underway.

One of the new programs introduced was Everyone Can Create – a whole curriculum for teachers and students that can step them through suggestions and possibilities when it comes to lessons, assignments and homework.

Our first lesson was using the new iPad with the Clips app and GarageBand. 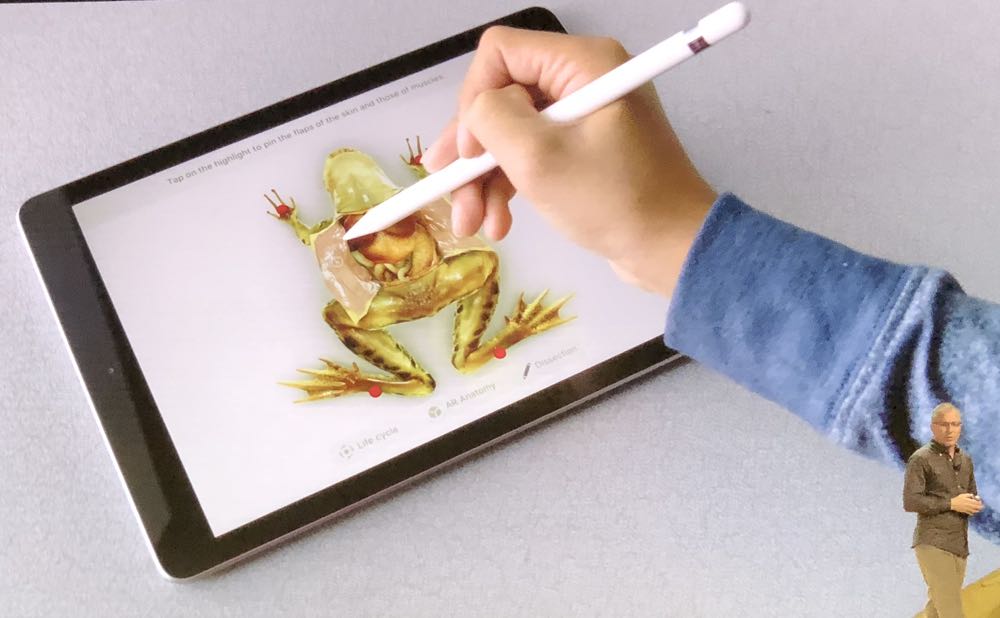 Our intro was a video of ourselves introducing the poem and we chose a mode that also converted what we said to text on the screen at the same time.

From here we were given some images which we arranged in the Clips timeline before choosing a backing audio track.

The whole thing took less than five minutes but what we had was a short film that would have taken far longer to complete on a PC or laptop.

The iPad is light and portable and can go anywhere so we could have taken it with us on a field trip and used the camera to take pictures and the Apple Pencil to take notes, annotate text and mark up photos. 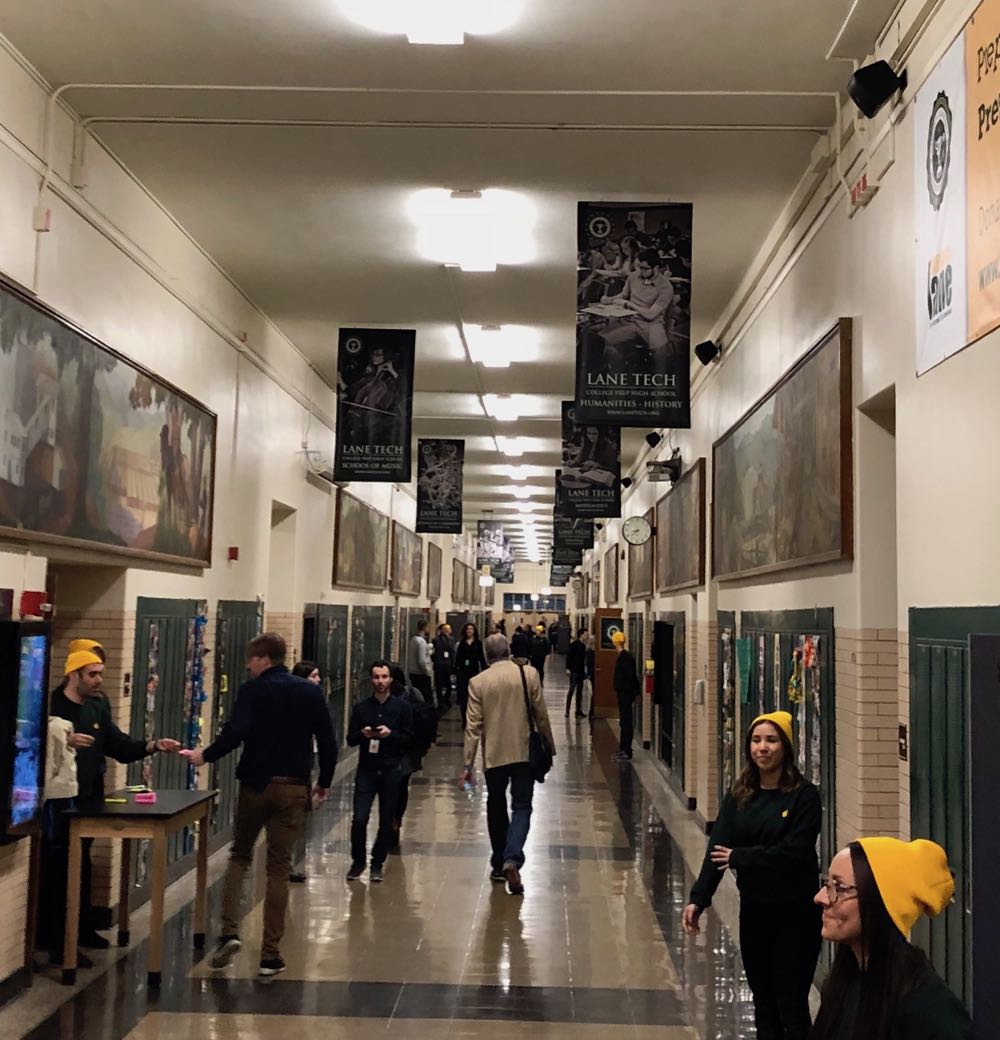 We had to record the quote ourselves and add images and background music.

Again with the iPad, we opened up GarageBand (which comes free with the iPad along with a number of other useful apps) to record our voice and then add some loops and sound effects before putting it all together.

It took minutes but what impressed us was the numerous creative options that were literally at our fingertips with GarageBand.

Even if you don’t have a musical bone in our body, you’d still be able to easily navigate GarageBand, use and record instruments and tracks and output a song right there on the iPad. 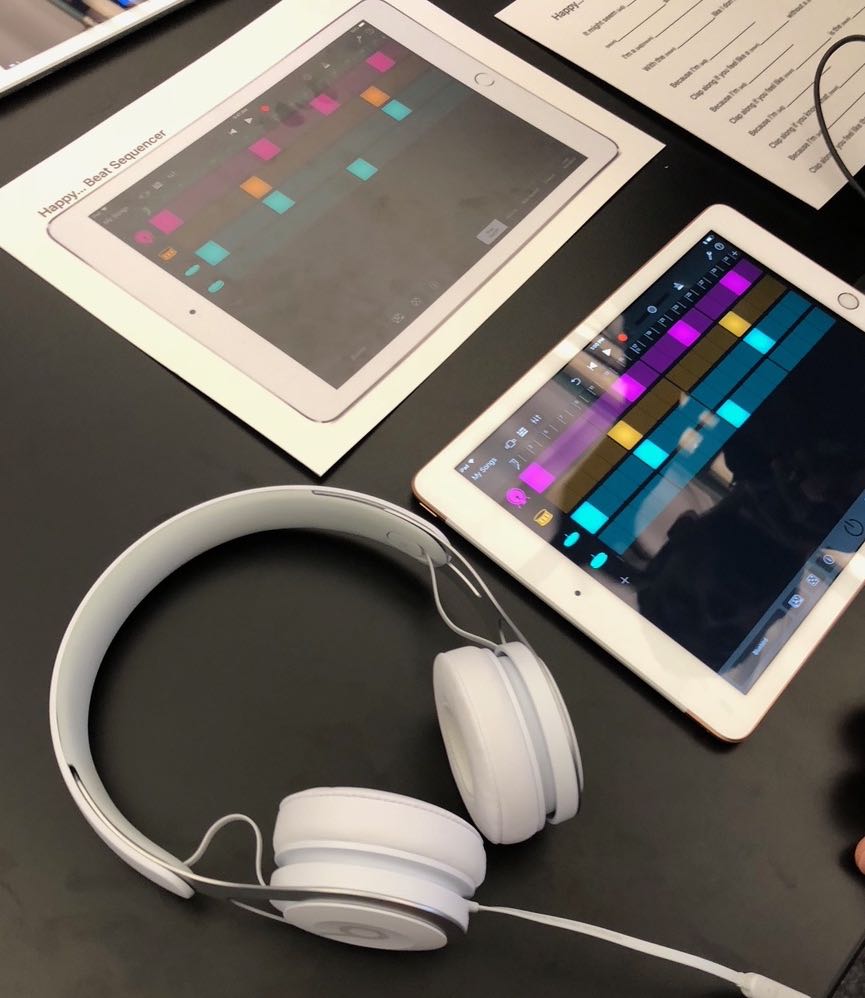 For a student, this could easily spark and foster an interest in music or recording.

The bell rang and we had to move to our next class on the other side of the school.

Our next class was the Creative Labs and our first task was coding.

Apple already has a free curriculum called Everyone Can Code – a free program in Apple’s Swift coding which can be used by anyone to learn how to code no matter if you haven’t the faintest idea of what coding even is.

This is the programming language used to create the apps we all know and love. 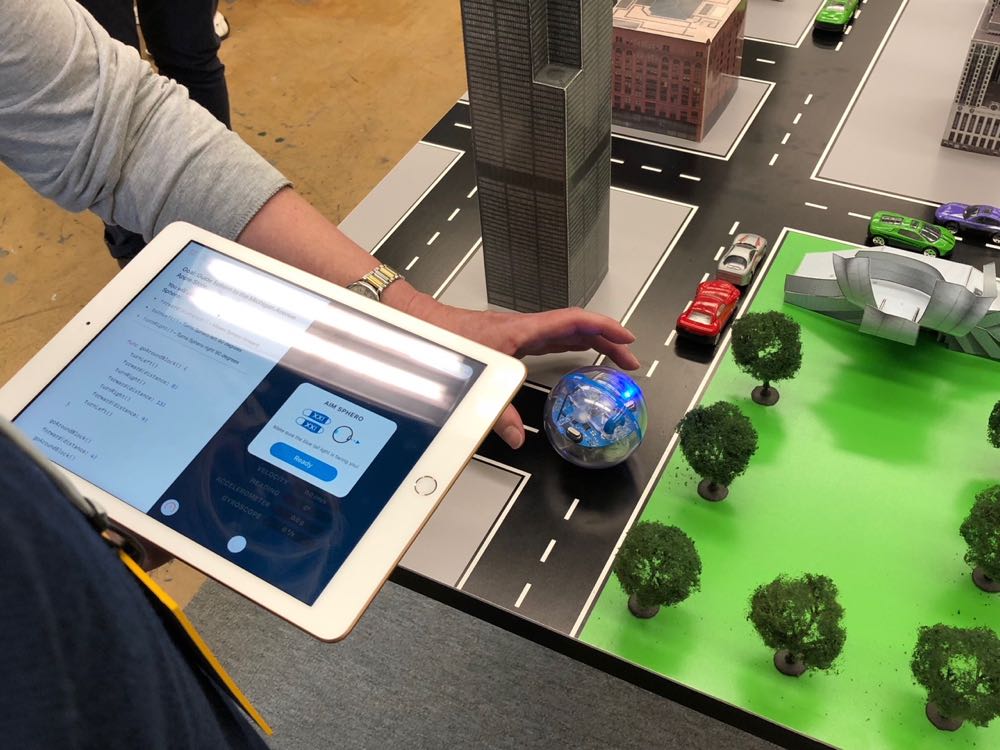 And who knows, it could be just the inspiration someone needs to come up with the next big app that we all can’t do without.

After learning rudimentary coding, we were then asked to program a robot using the coding skills we’d just learned.

Our objective was to make this small robot from MakerBot dance.

Our commands were right there on the iPad and we strung a few of them together, linked the robot to our iPad via Bluetooth and ran the code.

In a few seconds the robot was following the commands we’d just come up with and it was performing a cool little dance.

The next thing we had to program was a mini drone from Parrot.

Commands entered into the iPad included take off, the altitude it need to achieve, the distance it would travel forward and when it would descend and make a landing.

And to make matters even more interesting there was a hoop we had to fly through. 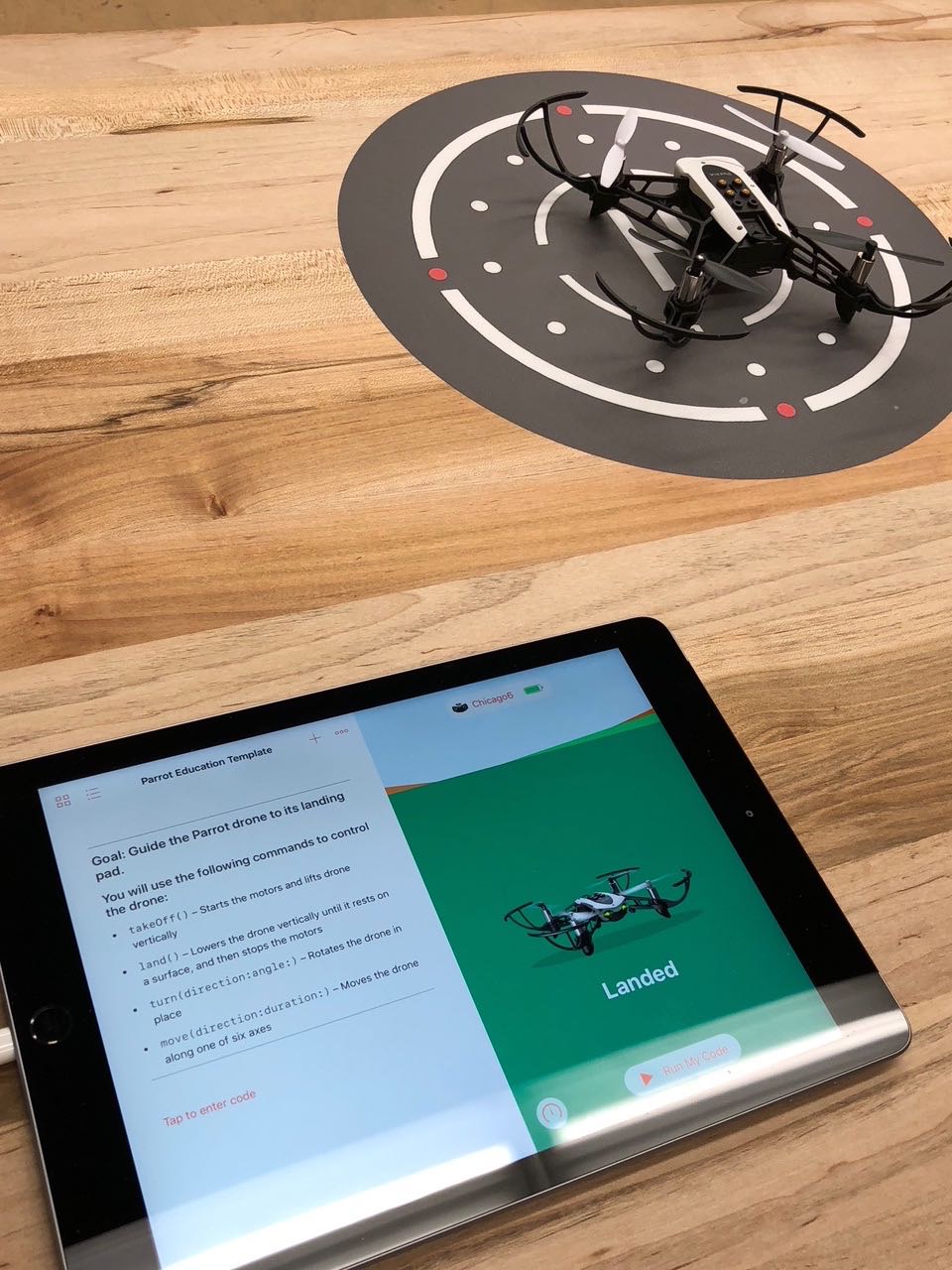 On our first attempt we get through the hoop and landed on the target like it was a bullseye.

The iPad can also run some amazing AR (augmented reality) apps including Boulevard and Froggipedia.

Boulevard allows users to view works of art as if they are on an easel in the same room when viewed through the iPad’s Retina Display.

This means you could look right up close at the work and even behind it.

With Froggipedia, you can also examine various types of frogs which are placed using augmented reality on a surface in front of you.

From here you can take a look at the frog’s internal organs and muscles and, with the help of the Apple Pencil, you can even dissect it.

It was just like we did it in the old days, except you don’t need a real frog and yet you can still learn the same things.

The iPad offers so much to a student and teacher and make learning fun and exciting.

Students can unleash their creativity and come up with amazing and interesting assignments.

And teachers can link to the individual or shared iPads in the classroom and open the required apps on the student’s screens along with websites and documents to make learning interactive.

Forget looking at a blackboard, it’s now all in the palm of their hand.