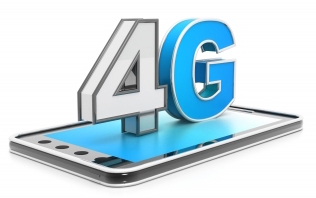 Telstra and Optus will now be enjoying even faster and more reliable 4G connections with new mobile sites activated across Australia to kick off 2015.

Both Telstra and Optus have taken advantage of the new 700 Mhz spectrum which allows the mobile signal to travel even further and faster as well as penetrate deeper into buildings.

4G 700 Mhz will offer greater bandwidth to manage the growing demand for extra data from customers as well as faster upload and download speeds.

Optus started the new year with 4G 700Mhz on more than 270 sites in capital cities and regional centres with plans for another 1500 sites across the country in the coming months.

Meanwhile over at Telstra, the company’s 4G 700 Mhz rollout – known as 4GX – expanded to more than 600 new towns and suburbs across Australia to take the reach of 4GX to more than 1000 regions around the country.

Telstra says its 4GX expansion is ahead of schedule and customers within those areas with compatible 4G 700 Mhz compatible devices like the iPhone 6 and the Samsung Galaxy Note 4 able to enjoy the service instantly.

Optus customers can check the current 4G coverage and the plans over the next three months here. Optus plans to cover 90 per cent of the population by April.

Telstra can also check out their coverage map here.

LG to unveil range of 21:9 ultra widescreen monitors at CES in Las Vegas